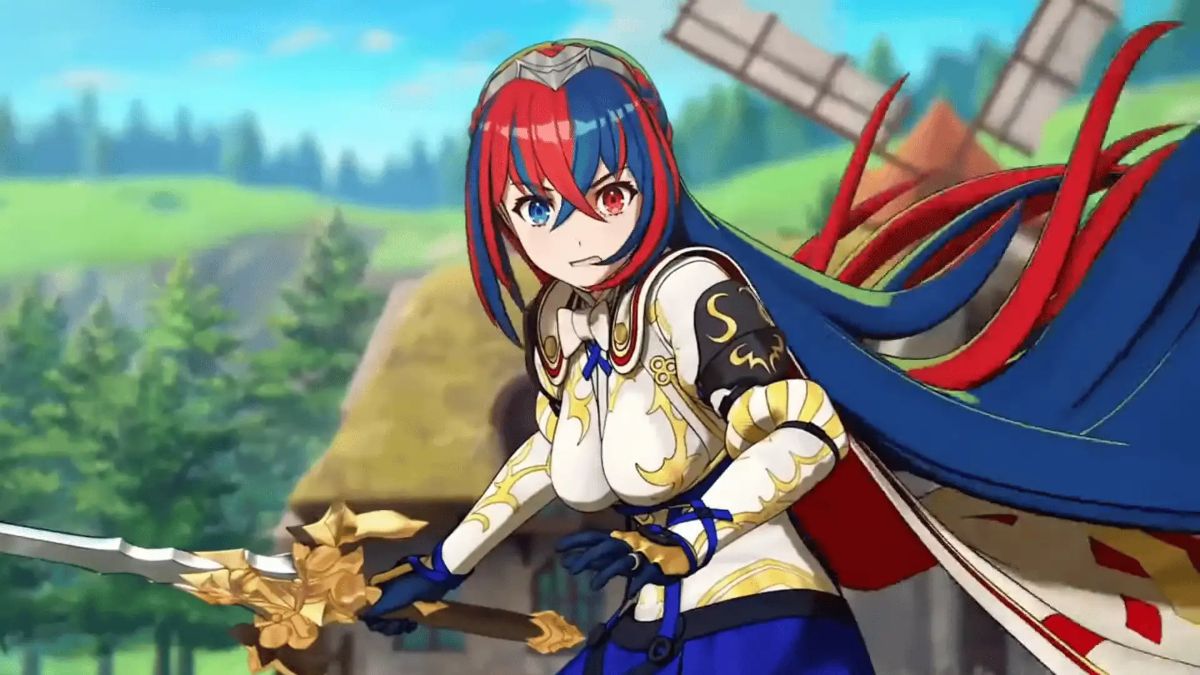 If you’re trying to level up a new class, or just upgraded to an advanced/special class and want to level up quickly, there are various ways of doing so.

Specifically, the best way to farm XP is by training in the arena, completing silver corrupted skirmishes, and using Micaiah’s skill Great Sacrifice.

If you’re more interested in increasing bond levels, consider checking out our guide on how to reach Rank S romance in the game.

In this guide, I will list the best ways to farm XP for the fastest level grinding experience in Fire Emblem Engage.

Train in the Arena

After each battle, visit the Arena in Somniel where you can train. Specifically, you fight against your allies to gain XP and Skill Points.

This can be done three times after every battle. Thus, after completing each battle, train three times in the arena, then move to the next battle, and then back to the arena again.

Skirmishes are unlocked right after completing Chapter 6: The Stolen Ring and can be found on previously completed map points.

There are three types of skirmishes in Fire Emblem Engage: regular, silver, and gold ones.

While the gold corrupted skirmishes award rarer drops and money when defeated, the silver ones provide additional XP and SP.

Additionally, the character that deals the finishing blow will gain even more XP and SP.

The best way for gaining XP quickly in Fire Emblem is by using Emblem Micaiah (unlocked in Chapter 6) and using the Great Sacrifice Engage Attack to heal all units on the battlefield.

The more HP you heal, the more XP you’ll gain. The only setback is that normally this can only be used once per battle.

However, there is a way to use it twice. Equip Emblem Celica (unlocked in Chapter 4) and level it up to Level 8 to unlock the Favorite Food skill. Using this skill fully restores the engage meter of a unit, which in turn allows you to use Great Sacrifice twice.

The only issue is that this method requires a lot of preparation. Leave your units on as low HP as possible and defeat most enemy units so that your allies won’t die.

When everyone is on low HP, use Great Sacrifice and you’ll see your XP bar skyrocket.

What is the Max Level in Fire Emblem Engage

The max level depends on the class type. Specifically, base and advanced classes can reach up to level 20.

However, certain special classes such as the Thief can level up even higher, all the way up to level 40.

To sum up, these are the best ways to level up quickly and grind XP in Fire Emblem Engage.

For more Fire Emblem Engage guides, consider checking out our article on the best animals to adopt in the game.

Which character are you trying to level up? Which method is your favorite for gaining XP fast? Let us know in the comments below.