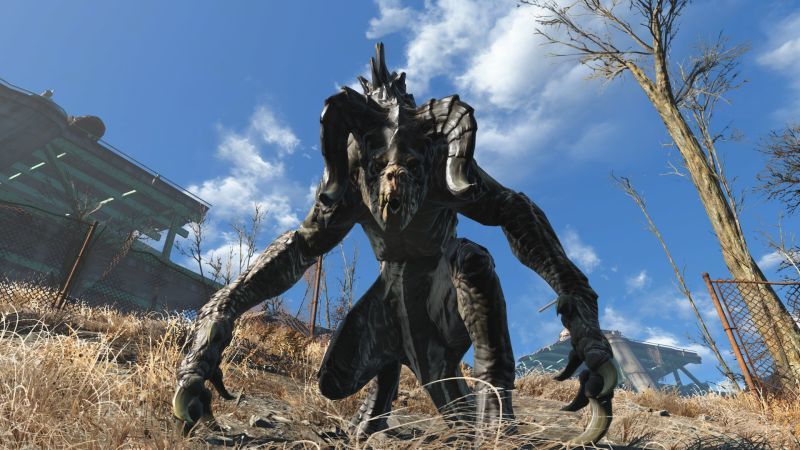 Now that the Fallout 76 BETA has started on Xbox (with Playstation and PC betas following on October 30th), we are getting a ton of new information about the game.

While I do plan to keep the level of spoilers at a minimum for a while, this one is worth mentioning: legendary enemies, weapons and armor are present in Fallout 76.

Until now, there was no real talk about the insanely difficult legendary enemies in Fallout 76, but having them – as well as their legendary drops including weapons and armor is really nice.

I personally found the first confirmation over on Reddit, as published by user AJ_612 – but probably more will pop up soon.

According to the Reddit user, he encountered a Legendary Supermutant while playing Fallout 76 and it was “damn tough” at level 5. There’s no mention of his character’s level, but probably level 5 as well (or close).

He also received an interesting Legendary Weapon as a reward for taking him out, pictured below:

That’s definitely not the best weapon in the game, but it could do some real damage if coupled with a critical damage dealt to a full health enemy.

But I am sure that the rewards for fighting legendary enemies in the game are extremely varied and they become better as you go up the levels, and the mere confirmation of them existing in the game is exciting enough.

Just like with all the Legendary enemies in previous Fallout games, the ones in Fallout 76 appear randomly and basically any type of enemy can be a legendary.

So don’t go to Deathclaw Island unless you’re ready to face a legendary Deathclaw. Which you definitely are not.

What do you think about the presence of Legendary enemies – and especially weapons and armor – in the game? Doesn’t this instantly make everything even more appealing and makes you want to explore even more?