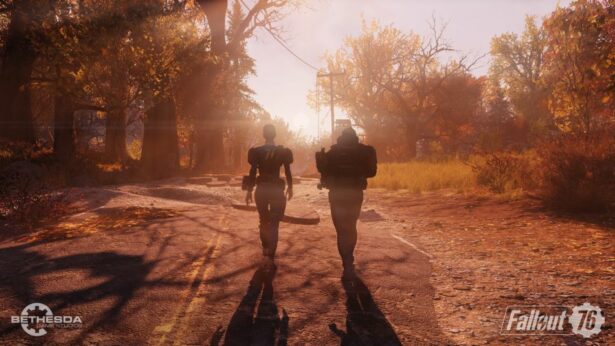 There is a total of 50 songs that you can listen to in Fallout 76 at the moment, and I have a list of them all in case you need to create your own playlist of favorites.

If you’ve played Fallout 4, you probably recognized a bunch of them already since a few make a comeback, while the Take Me Home, Country Roads hit from the trailer is there as well (although apparently not played by John Denver).

Either way, Fallout 76’s soundtrack is perfect as always and gets you into the right mood for a post-apocalyptic game.

And below you have all the 50 songs you can listen to in the game:

Beach Boys – Wouldnt It Be Nice

Billie Holiday – Crazy He Calls Me

Bing Crosby – Swinging on a Star

Bob Willis – Bubbles in my Beers

Cassdaley – A Good Man is Hard to Find

Chick Webb – I Cant Dance I Got Ants in my Pants

Chick Webb – When I Get low I Get High

Count Basie – Jump in at The Woodside

Ernest Tubb – Im Walking the Floor Over You

Freddie Slack and His Orchestra – Mister Five by Five

Ink Spots – I Dont Want to Set the World on Fire

Ink Spots – Its All Over But the Crying

Jerry Irby – Answer to Drivin Nails in My Coffin

Kay Kyser Orchestra – Praise the Lord and Pass the Ammunition

Milton Brown – Keep Knocking but you Cant Come In

Patsy Montana – I Didnt Know the Gun was Loaded

Sons of the Pioneers – Riders in the Sky

Sons of the Pioneers – Tumbling Tumbleweeds

Although we have 50 songs, it seems that the game just plays several on repeat in each session that you play.

No idea if that’s really the case or not, but I definitely haven’t heard all these songs yet, although I’ve had more than enough play time to do so.

Either way, if you have a few favorites on the Fallout 76 track list, it’s probably easier now to track them down. And hopefully new songs will be added constantly to keep us entertained.