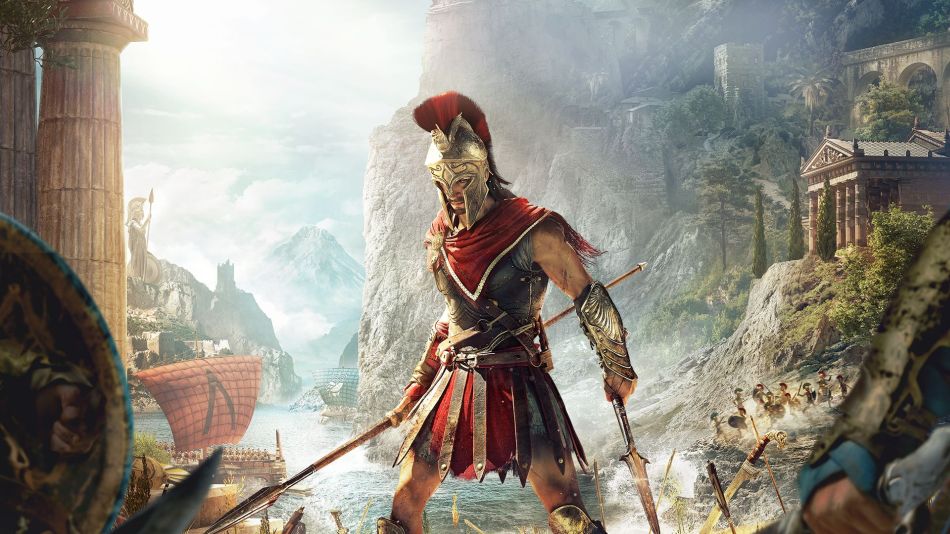 There is a bit of grinding involved, but you can get to to level 50 in the game faster than the rest and therefore have an easier life in late-game stages. Using the recommended tips and tricks below to level up faster in Assassin’s Creed Odyssey, you will easily get at least 5 levels for each main story mission that you complete – and a lot of extra gravy on the sides.

So let’s not waste a single second and instead let’s check out below our guide on how to level up faster in Assassin’s Creed Odyssey!

1. Side quests all the time
These are usually boring and repetitive and involve simple “go from A to B” mechanics and you’ll end up hating them, but they’re always part of the game. They also reward you with decent amounts of XP and you can complete them easily, without worrying too much about anything.

So focus for a while on these side quests in order to maximize your XP gains and level up as much as possible. When things start to get boring after all this running around, look at the other recommended tips to gain experience fast in ACO. 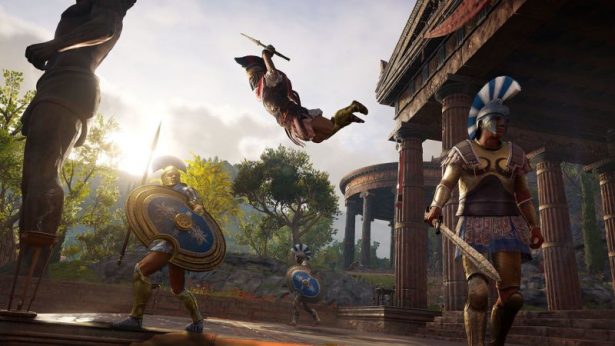 2. Do bounties from the message board
Bounties are everywhere in the game and they reward you not only with sweet drachmae, but also a lot of XP. They are also a bit more fun to complete and faster than the boring side quests, so you’ll have more fun.

In order to start working on these bounties and contracts which usually require you to kill a specific target within a time limit, simply go to the Quests menu and select the “Bounties & Contracts” option.

Usually, these side quests are also related to the main story and help you progress faster. These are the quests that you should complete as soon as you have them, so keep an eye out on the map for golden outlines.

4. Story quests help you progress
Of course, progressing to the end of the story is your final goal and you shouldn’t delay going through the main missions for too long. These are the best missions in the game and reward you with solid amounts of XP and other important loot. They help you progress to new areas and stages and unlock a variety of other side quests, so when you seem to run out of options, start working on the main quests. 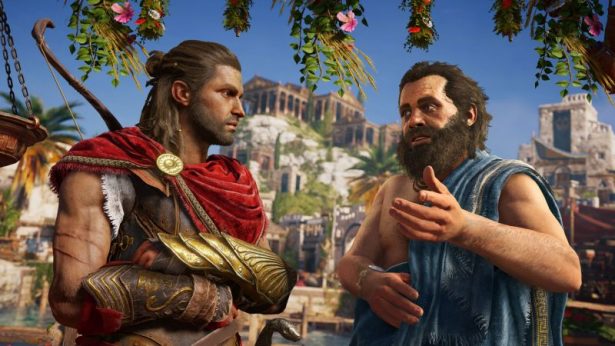 5. Kill the big NPCs
In Assassin’s Creed Odyssey, you can kill almost any NPC that you encounter. Some of them are really important people and doing so rewards you with a lot of XP, drachmae and usually great loot.

Almost all locations of the game have at least one big NPC that, if killed, will reward you greatly so make sure that you take them out sooner rather than later. So always keep an eye on the location’s objectives: if it’s not clear who’s the big daddy of the area, you still have the Captain of the fort and other quests to perform there.

6. Explore on foot
I know that this is as boring as it gets after a while – just like completing the delivery side quests, but you get a ton of XP at the end of the day for discovering all the secrets that Ancient Greece holds.

So take some time – maybe when doing a long distance side quest – and walk around the map, trying to discover as many things as possible. You get rewarded for each discovery, so keep an eye on the map for the question marks and explore for extra experience points! 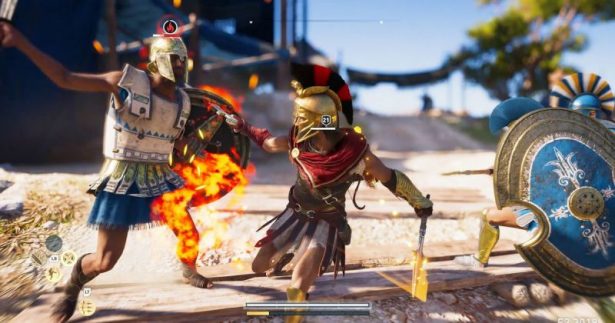 7. Fight in the Arena (after level 25)
Once you reach level 25 in the game, you unlock the Arena which basically allows you to fight against various Gladiators for money and glory. Oh, and a ton of experience points – so make sure you rinse and repeat fights in the arena until your level reaches the sky.

These would be our recommended methods to level up faster in Assassin’s Creed Odyssey. Did you manage to find other simple ways to grab a lot of XP fast? Let us know by commenting below!