Boy, are we late with the Achtung! Cthulhu Tactics review or what? Well, better late than never – said no gamer ever! But since this is a game worth sharing your opinions on, we’re publishing our review today instead of never. Especially because Achtung! Cthulhu Tactics didn’t get much love from other reviewers and I believe that’s not really fair!

The game itself, just like the name suggests it, is based on the popular tabletop Achtung Cthulhu and probably the fans of the board game were expecting something else – hence the lower ratings in reviews. But for somebody who loves tactical, turn based games – like myself – Achtung! Cthulhu Tactics is as good as it gets. 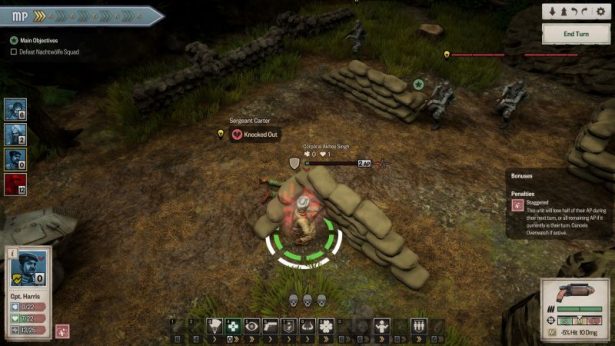 I was a huge fan of the original Jagged Alliance games and ever since I am comparing all titles that are similar in concept with Sir Tech’s classics. And even though titles named Jagged Alliance have been launched in the past years, none of them managed to make me feel as good as I did when playing Achtung! Cthulhu Tactics.

Of course, it’s probably just my broken self who finds connections between the classic JA games and Auroch’s title. Because here, we’re dealing with Nazis – and not any kind of Nazis, but those with supernatural powers, controlling a bunch of Lovecraftian monster and pitting them against the world, but mainly against you and your team of brave heroes.

And your brave heroes will spend most of their time in battle, always outnumbered, but still managing somehow to end up as winners. This is your job, actually, and expect a real challenge from the beginning to the end!

Fights take place in turn based modes and tactics are just as important as your team’s loadouts and your ability to really make those 90% hit chances actually hit their target (hint: you can’t!). You can instruct your own people to hide behind rocks or trees and take cover, increasing their chances of staying alive, while also trying to flank opponents and give them the pointy end of your stick before they do that to you.

Like most tactical turn based games, Achtung! Cthulhu Tactics tells you how likely you are to succeed with an attack or another by taking various elements into account, like the weapon you’re using, the range, the cover that’s protecting your enemy and much more. However, this mechanic is also the culprit for frustrating moments like those when you are face to face with an enemy, your hero wielding a knife that would make Rambo jealous, but you still end up missing your target. These are things that should never happen and games like Achtung! Cthulhu Tactics should have a mechanic in place that does give you 100% hit chances in some situations. Otherwise, it’s just embarrassing.

But despite this problem, the game is still really good and insanely challenging. You will often times be outnumbered and outpowered, having to strategize a lot (and save your progress often), but without making everything frustratingly impossible like some games do. The difficulty level is high, but not impossible. Just perfect to keep your mind working at all times and your heart beating fast.

And you’re always expecting the worse thanks to a fog of war concept introduced by the developers, one that keeps most enemies hidden until you have eye contact. And you usually happen to make eye contact when all your team members are low on health and you’re happy to have just one enemy left… oh, the joy of war!

There’s a nice progression mechanic in game as well, with your characters leveling up during their adventure and allowing you to unlock skills for them and develop them into killing machines or support units or whatever you like. All the game characters that you get are already built for a specific role (you have the melee combat maniac, the long ranged expert, the supernatural freak and so on) and simply building the skills to improve their existing abilities is usually the best way to go. 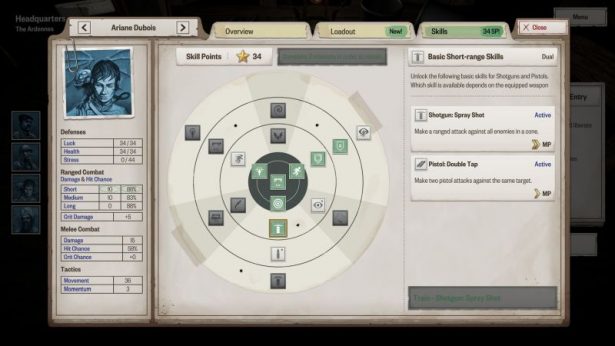 The character development section is not that complex unfortunately and you have limited options when it comes to both equipping them with items and weapons, as well as slots where to equip the said items.

This, in turns, results in the game becoming a bit boring in the later stages when all you have to do is go through the same routine of discovering where all opponents are and trying to outplay, outwit and outlast them as if you’re in a retro Survivor show.

Visually, the game delivers just as much as you’d expect an indie game to deliver. The graphics won’t blow your mind, but they’re not bad either. This is a tactical game, in the end, so you’re not really after spectacular explosions and other distractions on the screen: as long as things look at least decent, we’re good to go. And things do look good. 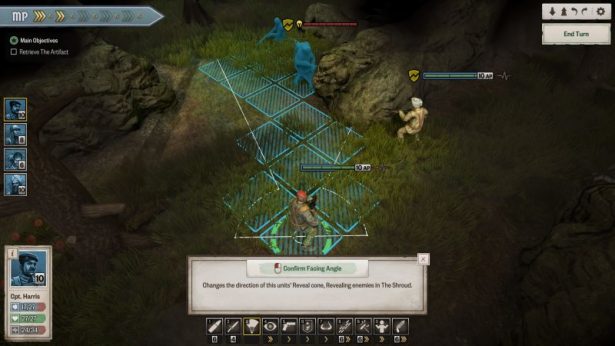 The same relatively low budget feeling goes with the voice acting as well – but that is charming in my opinion. It’s just a few lines of text anyway, like in the strategy games of yesteryear, and I personally love that touch: one liners keep me entertained.

All in all, Achtung! Cthulhu Tactics is a much better game than many other people tell you it is. Sure, it is a bit slow at first and battles become a bit repetitive and, due to their insane difficulty and length, you end up wishing there was a fast forward button somewhere, but you still remain mostly entertained and excited for whatever amounts of time you spend playing.

This is for sure one of the most complex, challenging and beautiful turn based tactical games I have played recently and if you enjoy playing this type of games, don’t hesitate to give Achtung! Cthulhu Tactics a try. It’s a treat, no trick! (And I’m not saying that just because Halloween’s coming!)

You can download Achtung! Cthulhu Tactics from Steam right now.