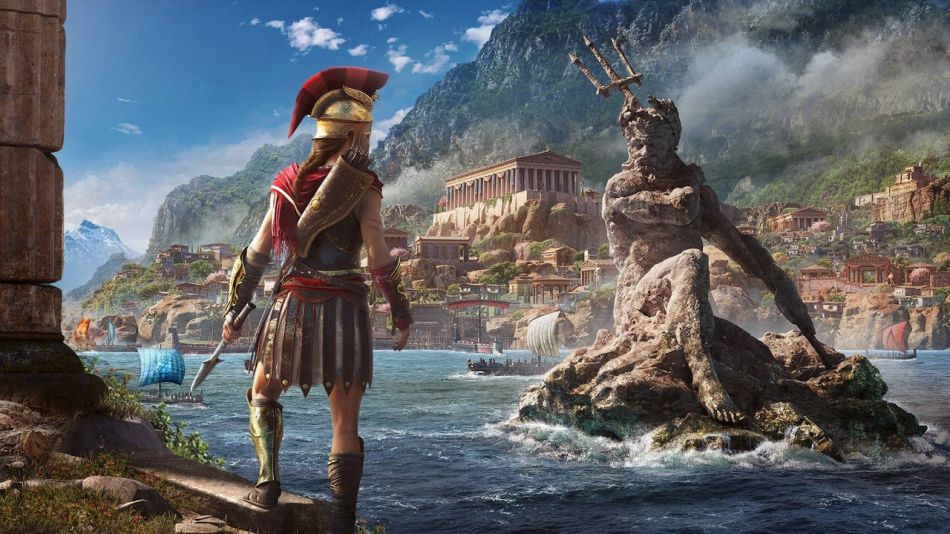 Unlocking all the achievements in Assassin’s Creed Odyssey is not a walk in the park, but it’s definitely fun! It will take most of us a lot of time to get there, but knowing exactly what you have to do in order to unlock each achievement in the game will definitely help.

I am here to do just that: share with you the complete guide to achievements in Assassin’s Creed Odyssey and how to unlock them all. The good news is that most of these achievements are easily unlocked from simply playing the game and the character that you choose to play as doesn’t influence anything. Eventually, you will complete them all just from playing.

But there are a few that might give you a headache or two and we’re talking about them all in today’s article. So without further ado, let’s check out the complete guide to the achievements in Assassin’s Creed Odyssey.

IMPORTANT: Have in mind that there are spoilers in the list below so read at your own risk!

2. An Odyssey in the Making – Complete Episode 1.

8. Legend in the Making – Complete Episode 7.

11. In Perseus’s Image – Defeat Medusa.
Tip: You will get the quest to fight Medusa on Lesbos Island.

13. Eye on the Prize – Defeat the Cyclops.
Tip: This is another Cyclops, not the one at the beginning of the game. You will get the quest to fight the Cyclops in Kythera.

14. Riddle Me This – Defeat the Sphinx.
Tip: You will get the quest to fight the Sphinx in Boeotia.

15. Going For Gold – Complete the Olympic questline.
Tip: You will automatically compete in the Olympics during a specific chapter in the game.

16. Birthright – Discover Atlantis and speak with Pythagoras.
Tip: Just go through the game’s story and you will automatically unlock this one as well.

17. Everybody Benefits – Complete Markos’s questline.
Tip: You can find him on Keos island

18. Trust Me, I’m a Doctor – Complete the Hippocrates questline.
Tip: You can find him in Boeotia

19. A Pirate’s Life for Me – Complete Xenia’s questline.
Tip: You can find her on Keos Island.

20. Master of the Hunt – Complete the Daughters of Artemis questline.
Tip: This quest line starts in Phokis and is one of the more difficult ones to complete (time consuming as well)

23. Make It Your Own – Engrave your first item.
Tip: You can do this by using a Blacksmith.

24. The Midas Touch – Engrave a Legendary Item with a Legendary Effect.
Tips: You will actually need 2 legendary items in order to be able to engrave one with the engraving on the other.

32. Lord of the Seas – Fully upgrade the Adrestia.

35. Aphrodite’s Embrace – Spend the night with another character.

36. I Have the Power – Perform an Overpower Attack with every weapon type.

37. War Master – Kill the Leader of any Region with Low Resources, other than Megaris.

38. Infamous – Raise your Bounty to the maximum level.

39. Hero for Hire – Win your first on land conquest battle in any region.

40. One Head Down… – Defeat a full cluster of Cultists of Kosmos.

41. The Cult Unmasked – Defeat all the Cultists of Kosmos.

42. You Work for Me Now – Recruit and assign a Legendary NPC for your ship.

43. The Argonauts – Fully crew the Adrestia with Legendary Lieutenants.

44. Blood Sport – Defeat a Mercenary in the Arena.

45. Are You Not Entertained? – Become Champion of the Arena.

46. Top of the Food Chain – Become the first Mercenary.

48. Wrath of the Amazons – Cleave a ship while having an all-women crew.

49. Scourge of the Aegean – Sink your first Epic Ship.

50. Stink Eye – Recover the Cyclops’s eye from a goat on Kephallonia.
Tip: Even if you haven’t paid attention to the goat that was lucky enough to receive the eye, simply hunting 10 or so goats in the area should give you the reward.

This is it! 50 achievements later, you’ll be able to say that you have fully mastered Assassin’s Creed Odyssey. Good luck unlocking all these achievements!