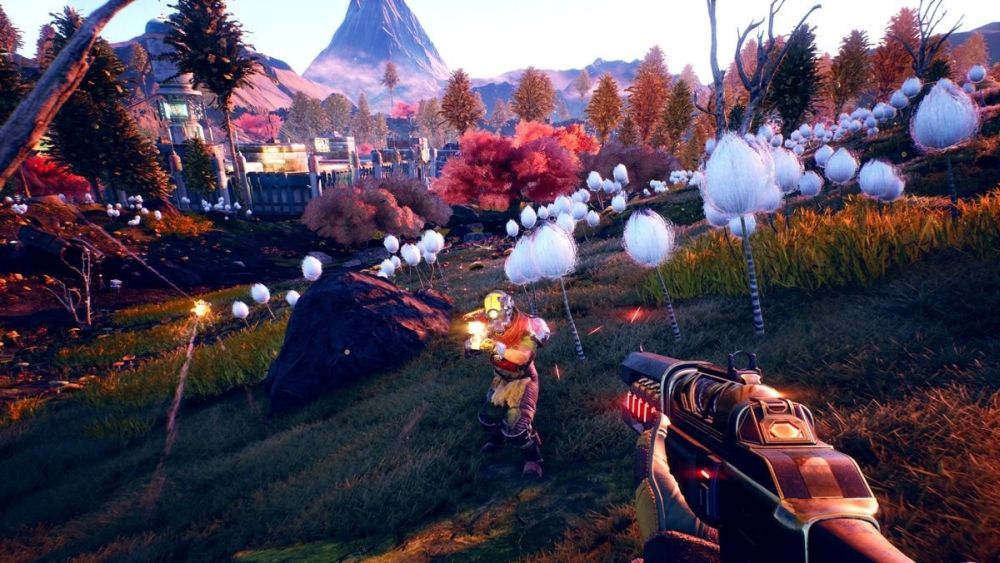 Perks are an important part of the Outer Worlds, as they allow you to create a character that fits your play style better and fully customize it so that it feels your own.

But with so many perks available in the game, which ones are the best to unlock first? We’re going to talk about this – and much more – in today’s perks guide, here at the Modded Vault.

While selecting the correct perks for your character is one of the most important things when it comes to creating that perfect character build, we’re not going to go in all details here and focus on the perks alone.

Until then, let’s focus on the Perks in The Outer Worlds: we’ll have everything about them in today’s guide, but we’ll start with a list of perks.

There are three tiers of perks available in the game and you unlock a superior tier after having enough perks unlocked. For example, in order to unlock T2, you need 5 perk points spent, while T3 requires 10 unlocked perks.

With 42 different perks to choose from and not enough points to choose them all, you will have to prioritize some over the others.

And while I consider some of the Perks completely useless in most game situations, it’s worth noting that creating a list of the “best perks in the game” is really difficult, because it all depends on your play style and character build you have went with.

For example, if you’re building a melee character, you would find some perks better than the others.

If you want to build a sniper, or a generic ranged shooter maniac, you would once more prefer a different set of perks.

Finally, if you want to talk your way though the game, some other perks become more useful than others.

But I will still share it and hopefully help start a discussion that will encourage our readers not only to bring constructive criticism to my list, but also share their own for different play styles.

With these in mind, let’s get to…

The Outer Worlds: Best Perks in the Game

The character that I decided to build was one that knew how to talk and preferred long ranged weapons.

I am a team player (meaning that I will always have companions next to me) and I still want to focus on combat instead of stealth or finding alternative routes to complete a quest.

With these in mind, here are the best perks that you have to unlock first. I will list my top 5 in each category, although it’s not necessarily the order in which I would get them.

For example, after unlocking the Tier 2 perks, I might still invest in some T1 perks. But there’s no really easy way to deal with this sort of list, so I had to find a system and this is the one that I went with.

So without further ado, here are the best perks in each tier in the Outer Worlds:

Toughness – Since instant healing is not really a part of the game, you need a lot of hit points to survive the difficult battles ahead.

And even though you have ways to speed up healing and even get more health for a limited amount of time, getting this perk is Vital in my opinion.

Slow the World – I am never satisfied with the amount of time I have with my Tactical Time Dilation, so getting that amount of time increased by a quarter is a good way to start and it gives you a lot of additional ways to cripple your enemies and make fights easier.

Deadly Demonstrations – you get 50% more XP from kills made by your companions and they WILL do a lot of killing. This means that you level up faster and progress faster, which is always a bonus.

Resilient – 5 extra points of armor don’t seem like a lot in this game, but they do help when it comes to keeping your character alive, so it’s definitely a good perk to have.

Pack Mule – Carrying more that you are allowed to is usually a thing in modern day RPGs, and this Perk helps you carry around a decent amount of loot without having to constantly get back to a store owner (or a workshop) to reduce the load.

BONUS: Precision – If you don’t really need the extra carrying capacity, you can choose Precision instead.

Your companions will hit more criticals, making things easier for you and maybe even getting more kills.

Harvester – Anything that gives you instant extra health is worth having, and this is exactly what Harvester does: a bonus of 15% health restored for each enemy you kill.

We Band of Brothers – Companion abilities are extremely useful, and having a chance to restore it with each critical is important. If you have a low critical rate, choose the other perk instead – Tag Team.

Run and Gun – You are not playing a FPS, so you don’t have to constantly move when shooting at your enemies, but it’s still helpful to do so and you will find yourself in situations where you will have to do it.

And this perk is really useful when it comes to making it easier for you to hit the target in such situations.

Rolling Thunder – We’re getting back to ability-related perks. This one reduces the time needed by your companions to reload their ability based on the enemies you kill. Can become really useful in lengthy fights against multiple enemies.

The Reaper: You get your Tactical Time Dilation meter refilled faster when you take out enemies.

Confidence – You get a guaranteed critical after killing an enemy, which works great with the We Band of Brothers perk selected above. Win-Win.

Penetrating Shots – Stackable armor reducing shots? Sign me in, as this Perk is perfect when fighting against tough opponents. Must have!

Steady Hand – after killing an enemy, your weapon no longer receives movement and sway penalties, which is absolutely insane. Really useful throughout the game, so make sure you get this perk too!

Thick Skin – another skill that allows you to live longer. It’s true, this only helps when dealing with Plasma attacks, but it’s still a good perk to have.

Armor Master – this can become less useful if you don’t have a good Armor equipped, but generally it offers a massive boost, so it’s extremely helpful.

And these would be my recommendations, plus everything else that you need to know about the Perks system in The Outer Worlds.

As I said, you don’t necessarily have to make these the first 15 perks that you get – you could still invest in some others from the lower tiers, depending on your play style.

What do you think about the perks, though? Do you consider others to be better than the ones that I have recommended? Let us all know by commenting below.