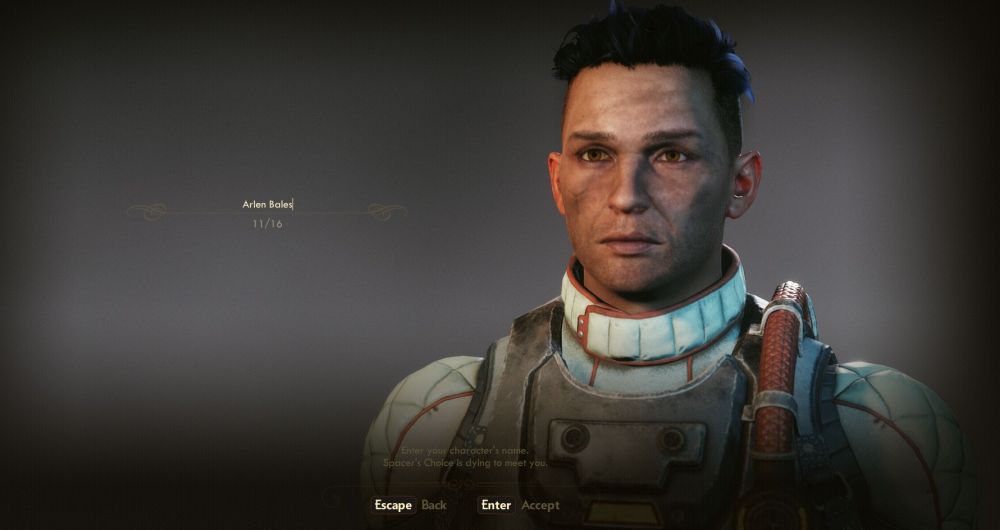 I think that everybody spends a decent (or even obscene) amount of time customizing their character’s appearance in any RPG out there, including The Outer Worlds.

However, most other games that I know will let you change your mind over time and change your looks – your hair style, your accessories and even the way your face looks… but can you change your character’s appearance in The Outer Worlds?

Unfortunately, the answer is NO.

There’s no barber to change your hair style, there’s no option to make yourself look more badass, older, grimier or whatever.

In other words, you simply can’t change your looks in The Outer Worlds.

There is a sort of a workaround when it comes to customizing your character after starting the game, and that is through the different sets of armor available in the game.

The truth is that since there’s not even the option to see your character in 3rd person view, you will rarely get to see your mug anywhere.

This is usually something that you’ll see in the menus only – and there, you will have a helmet on at all times, covering your face.

So even though you know that you created a character that you are not very happy with – looks-wise, at least, since you’re trying to find a way to change appearance, the truth is that it doesn’t really matter much in the game and you won’t get to see them ever again.

That is the truth, unfortunately… and one of the things that The Outer Worlds is lacking.

But at least this allows you to focus more on the game itself – exploring and completing missions – instead of spending hours creating that perfect character. Which is still something that you can do, but only when the game starts.

So I apologize for not being able to give you some good news on this matter. But what do you think? Was character customization after the game started something that you wanted?

2 thoughts on “The Outer Worlds: How to Change Your Character’s Appearance?”