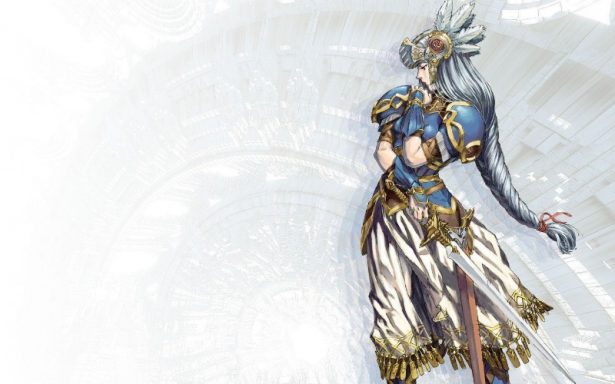 Valkyrie Profile… now that’s a franchise we haven’t heard of in a very, very long time. Today Square Enix released a short preview teaser on their YouTube account for the next Valkyrie Profile game.

Now, we’re guessing a lot of you aren’t familiar with the series. Released originally for the PlayStation way back in 2000, Valkyrie Profile was a unique action RPG developed by tri-Ace (Star Ocean) and published by Enix, before the Square merger. The game was unique in the sense that it had a rather dark tone and semi-realistic art style compared to other RPGs of the time, like the beloved Final Fantasy VII.

You played as Lenneth, a valkyrie serving under Odin. Tasked with finding the greatest warriors to recruit for Valhalla, Lenneth’s journey brought her face to face with many heroes’ last moments in the mortal realm. Once a human passes, Lenneth is able to turn them into her Einherjar, noble battle spirits that fight alongside her.

Battles in Valkyrie Profile were quite the explosive deal. Instead of selecting commands and watching them play out in a fixed order, your characters launched their attacks as soon as you pressed their corresponding button. With proper timing, you could combo enemies into oblivion and launch super powerful “purification” attacks. While action RPGs are pretty common nowadays, Valkyrie Profile was pretty different for its time.

With critical praise but poor sales, Valkyrie Profile became an instant cult classic. After the Square Enix merger, a sequel was released in 2006. A third game then came out in 2008 for the DS, which mixed things up a little by introducing a tactical RPG system while still retaining the combo focused battle system. But after that, the series remained dormant until a mobile game came out in 2016.

And now we’ve gotten a little teaser trailer for the next game in the series. It’s interesting to note that the original game was ported to the PlayStation Portable as Valkyrie Profile -Lenneth-, and that’s exactly the name of the trailer. Could this be a full remake of the original game? We think that’d be awesome, especially considering how many RPG fans missed it the first time around. Either way, we’re excited to see this series come back to life.