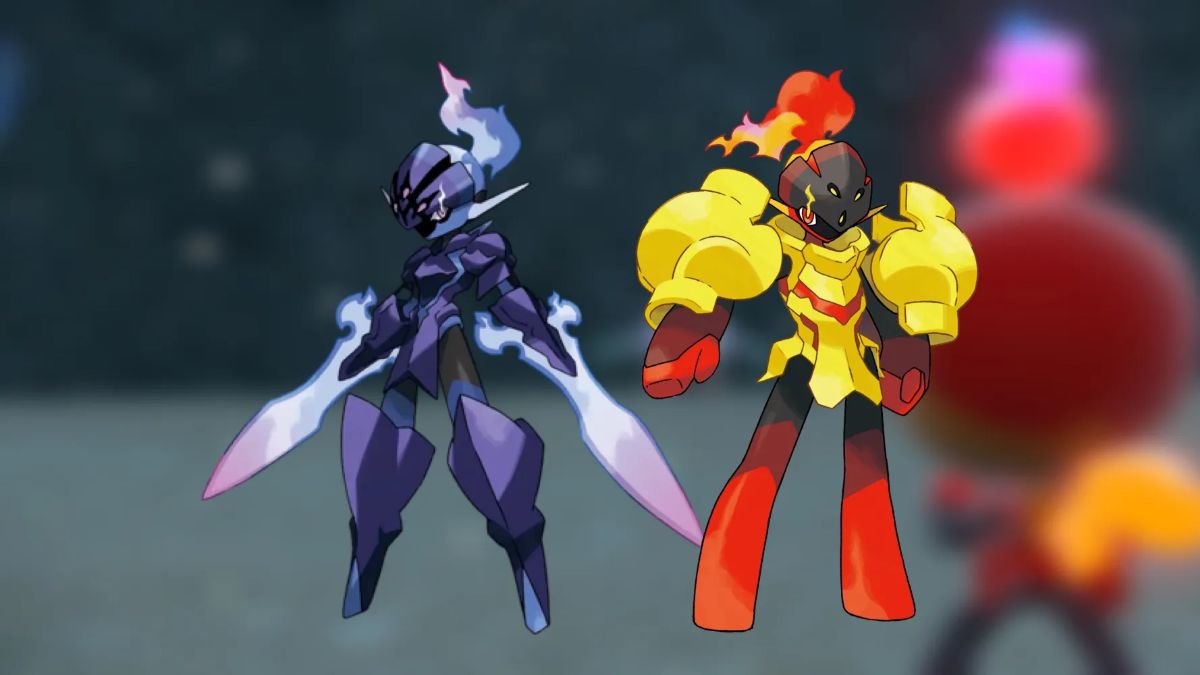 Armarouge and Ceruledge are version-exclusive Pokemon in Scarlet and Violet. While players can get Charcadet, the previous form, in both games, the evolution will depend on which version you’re playing.

Both evolutions are extremely strong and are considered among the best new Pokemon introduced in Generation 9.

In this guide, I will explain how to get Charcadet, Armarouge, and Ceruledge and showcase their differences to see which one is better in Pokemon Scarlet and Violet.

If you’re interested in adding Armarouge and Ceruledge to your team, you’ll first need to catch a Charccadet. While it is a rare Pokemon, it has many spawn locations.

Specifically, players can find Charcadet in the following areas.

Keep walking around in these areas and eventually, you’ll find a Charcadet.

How to Get Armarouge and Ceruledge

Now that you’ve caught a Charcadet, let’s see how to evolve it. Unfortunately, it can’t evolve simply by leveling up. Instead, players will need to find an item named ‘Auspicious/Malicious Armor’.

As for how to get the Auspicious/Malicious Armor item, things are fairly straightforward.

Gather 10 Bronzor Fragments (Pokemon Scarlet) or 10 Sinistea Chips (Pokemon Violet), go to the town of Zapapico and talk to the old man in the pink shirt near the water fountain.

Then, give that item to your Charcadet and it will evolve immediately.

Armarouge is exclusive to Pokemon Scarlet, while Ceruldge is only available in Pokemon Violet.

On the one hand, Armarouge is a tanky Pokemon with a great Special Attack stat. It is Fire/Psychic type.

Its signature move, Armor Cannon is an upgraded version of Close Combat but with Fire instead of Fighting.

On the other hand, Ceruledge is a Fire Pokemon that focuses on quick and powerful attacks. It’s a Fire/Ghost type.

Its signature move, Bitter Blade, is an upgraded version of Giga Drain that deals damage and restores the user’s HP.

The main difference between these two Pokemon, other than their appearance, is the secondary type: Psychic vs Ghost. Thus, the choice of which one is better depends on the opponent you are facing.

Stat-wise, both Ceruledge, and Armarouge are significantly strong. The choice among them ultimately depends on which you prefer visually and the opponent you are facing.

To sum up, that’s everything you need to know regarding the debate ‘Armarouge vs Ceruledge’ in Pokemon Scarlet and Violet. There is no clear winner on which is the better one since it primarily depends on the opponent you are facing.

Whichever one you end up getting, you’ll always have an exceptionally strong Fire-type Pokemon in your team.

Another essential mechanic in Pokemon Violet and Scarlet are hidden abilities. They allow certain Pokemon to learn some stronger abilities that can easily change the outcome of a battle.

For more details on how to unlock hidden abilities in Scarlet and Violet, consider checking out our relevant guide.

Which one do you prefer from these two and why? Is there a specific benefit to the type or do you simply favor its looks? Let us know in the comments below.