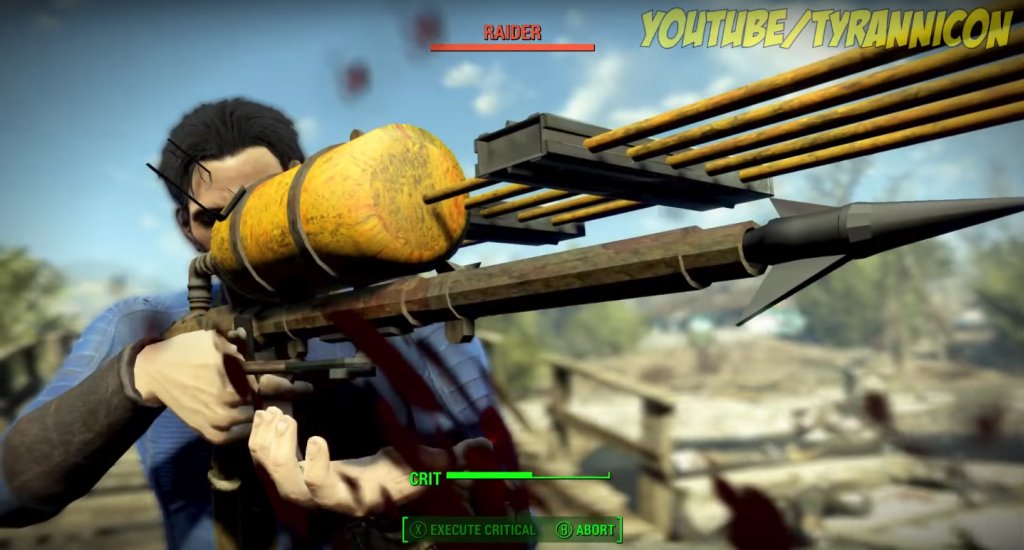 It seems that Bethesda had some underwater combat in mind for Fallout 4 (maybe preparing for some of the upcoming DLC?) as one modder managed to find in the game code a Secret Weapon that you can’t normally access in the game and which doesn’t work flawlessly, but one that is there and which you can use if you download it as a mod.

We’re talking about the Fallout 4 secret weapon Harpoon Gun, a weapon that replaces the Railway Rifle in the game and which is pretty amazing to use.

It was clearly meant for underwater usage since there’s a trail of bubbles coming from the gun after you fire it, so we might actually see a full release sometime in the future.

Or it was just a dumped weapon that will never be used otherwise and you should be happy to have access to it. Either way, it’s fun and there’s more to it!

How to download & install the Fallout 4 Secret Weapon Harpoon Gun

Extract the files into your Fallout 4 folder and that’s it!

Have in mind that you can’t pick up Ammo for the Harpoon Gun, so you will have to add it manually by opening the command console (press ~) and enter: player.additem 000fe269 50

Screenshots of the Harpoon Gun in Fallout 4 (and video)

Here is the weapon in action, with some cool animations:

Seems pretty amazing, right? I love it, even though it is a bit buggy. Fun is all that matters, and fun this weapon brings, as Master Yoda would say.