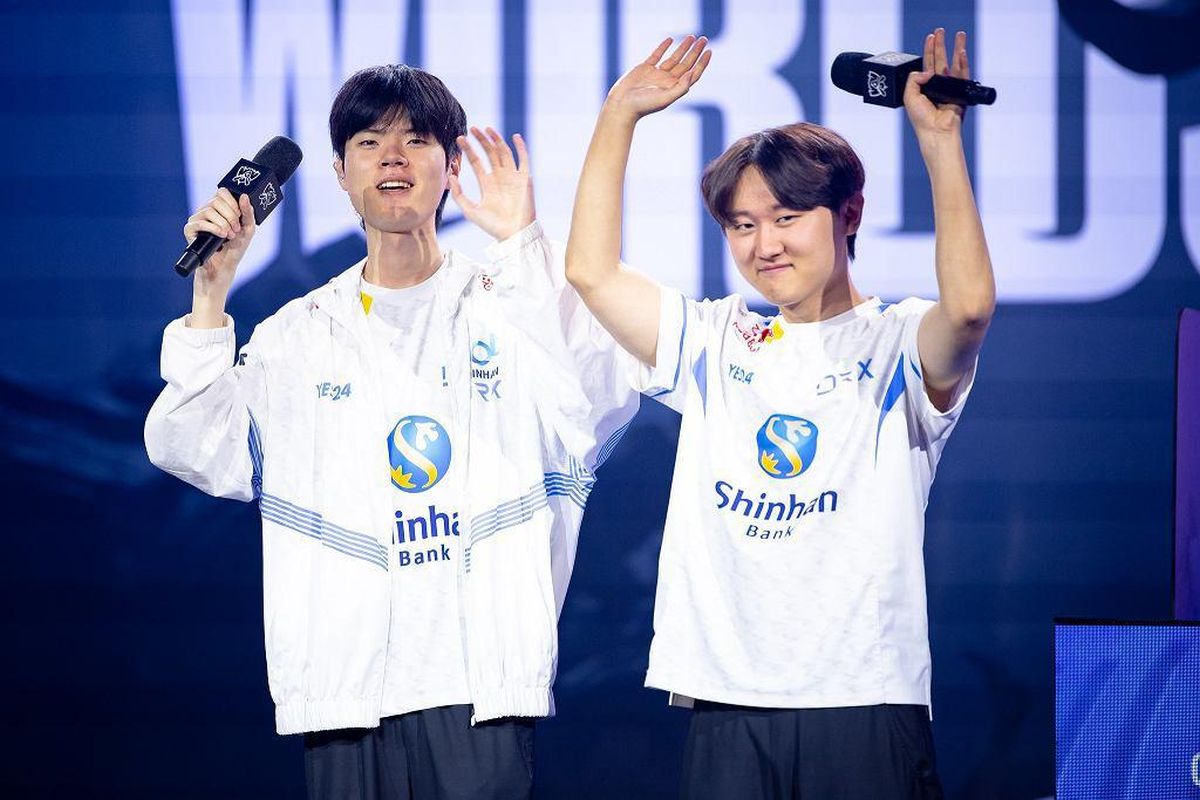 The World 2022 final will undoubtedly go down in history. The encounter involving DRX and T1 was full of drama, twists and turns, Baron steals, and incredible team battles.

After a fierce five-match series, DRX ultimately proved to be the better team, claiming the League of Legends World Championship and winning Worlds 2022. Most people placed their bets on their opponents.

A New World Championship has been Announced

The League of Legends World Championship grand final took place on Saturday night. Teams from the Korean league, T1 and DRX, engaged in battle on each side of the wall.

In the end, the latter took first place in the standings, but it was certainly not the Pick’Em participants’ favorite.

The first map can be summed up in one word – downgrading. Apart from two ganks on the midzone in the first minutes, thanks to which DRX managed to get first blood by eliminating Faker, the game was dictated by T1.

Gumayusi stole the first dragon with a Varus arrow, and as time went on it was clear that even Beryl’s Heimerdinger would not be enough for DRX to win on the first map.

T1 quietly captured the dragon’s soul and, slowly pummelling their rivals, destroyed more structures stopping only at the Nexus.

On the second map, DRX decided to switch to the blue side. At first, it looked like it was the wrong decision, as T1 continued their dominance from the first map in the early minutes, but Zeka and co. found some kills and started to get back into the game.

And indeed, this comeback worked. The game went on for a really long time and was on a knife edge. Several times it seemed that one team would win, but then the rivals did something amazing and came back into the game.

In the end, it was all decided by one fight, in which DRX found three key eliminations and rushed through the middle lane for the win.

The third map, on the other hand, was marked by stolen Barons. Twice Pyosik and Deft were unable to secure Nashor despite having Kalista’s smite and rend on their side.

Once Oner proved better than the DRX duo, and once the situation for T1 was saved by Gumayusi, who won the game for his team with this play.

Apart from that, however, from the game itself, DRX was in a better position and if it wasn’t for these slip-ups they would probably have won the match, which meant that despite the score of 2:1 for T1, no one was still crossing out Deft’s team.

During the fourth skirmish, on the other hand, DRX showed that mentally these five players at the world championship cannot be broken.

After a difficult start to the game, once again Zeka and co. stabilized their situation and started winning skirmishes on the map.

T1 was simply smashed in this aspect, and the DRX players, taught by experience, paid plenty of attention to Baron and gave T1 no chance to steal him and, with his help, brought the series to a level.

The last map was a phenomenal summary of the whole series. DRX was winning again and could have closed the game in the 20th min after winning the teamfight, but again Baron was stolen by Gumayusi.

This brought T1 back into the game and the result was on a knife edge. In the end, however, DRX captured Elder Drake, won the teamfight with his help, and ended the match by becoming the new world champions.

Winning this year’s Worlds allowed for the introduction of the new world champions as well as the writing of a magnificent history.

It also consists of a string of individual triumphs. After a protracted career, Deft, at last, achieved his goal of winning the championship.

Given his advanced age — he is 26 and the oldest League of Legends world champion — and the threat of being forced into military duty, it might have been his last chance.

Beryl’s accomplishment of becoming the second player in history to win the Summoner’s Cup while playing for two different formations is also significant; he previously accomplished this feat with DWG KIA.

Zeka, DRX’s midlaner, is also noteworthy. The player won Worlds in his debut season in the LCK and went to it. It’s a lovely start to what may be a multi-year career.

Even while the World Championship’s conclusion marks the end of this year’s season, League of Legends excitement will continue.

Watch the transfer market closely in the upcoming weeks as it may reveal contenders for the award the following year.

If you want to make bets on the upcoming League of Legends tournaments, then ggonline is exactly what you need. The bookmaker offers an opportunity to bet on a wide variety of gaming disciplines.

What is more, GGBet online proposes numerous great bonuses and special offers to bettors which will allow them to reap great benefits. Sign up right now and start making money out of betting on eSports!