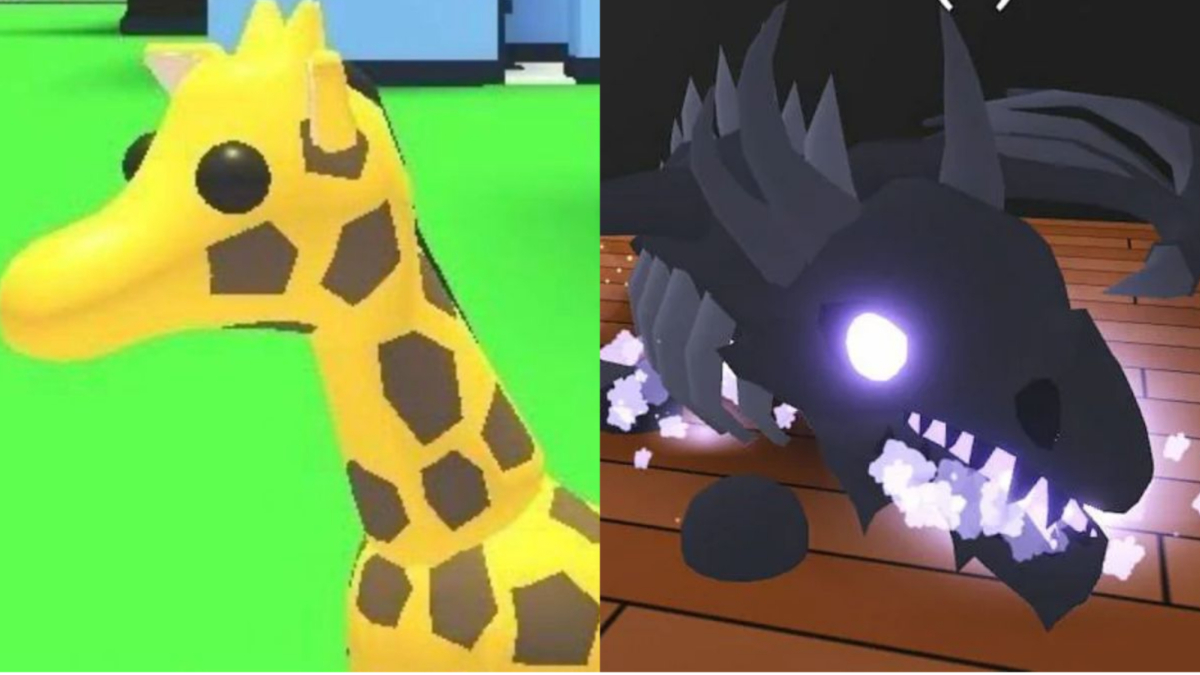 Robux Adopt Me includes a wide variety of legendary pets with new ones being introduced in each update.

Some of these pets have managed to significantly outvalue all the others, due to being hard to get when they were released, and due to being unavailable for purchase anymore.

For a broader understanding of pets’ value in the game, consider checking out our tier list on all pets in Roblox Adopt Me.

In this list, I will showcase the 10 best legendary pets in Roblox Adopt Me based on their trading value and explain why they are so rare.

A Black-Chested Pheasant’s price can start from 8 for the default version, 27 for the neon, and 98 for the mega. It is the only pet in this list introduced in 2022.

Specifically, the Black-Chested Pheasant was added to the game on August 11, 2022. To get it, players needed to use Golden Wheat, which cost 199 Robux each and had a 2.5% chance.

The Arctic Reindeer has a value of 11 for its default version, 30 for neon, and 110 for mega neon.

It was available on December 14, 2019, as a part of the 2019 Christmas Event. To obtain it, players had to get their hands on Christmas Eggs, which had a 1.5% chance of awarding an Arctic Reindeer.

Its small chance combined with the fact that it’s not available anymore (only via trading) makes it a fairly expensive pet in Roblox Adopt Me.

Players had to hatch a Farm Egg and hope to get a Crow since the chances were only 1.5%.

The only way to obtain it now is via trading.

The Evil Unicorn is valued at 27 for its default quality, 75 for its neon variant, and 245 for its mega neon one.

It was exclusive to the 2019 Haloween Event, where players could purchase the Evil Unicorn for 108,000 candy from the event shop. Trading is the only option to get your hands on one of those nowadays.

The Parrot has an estimated value of 32 for the default variant, 98 for the neon, and 305 for the mega.

It was available on August 31, 2019, via the jungle egg. With only a 3% chance of getting a parrot from each egg and the fact that it can only be obtained from trading nowadays, its value has increased significantly.

It was only available on November 22, 2019, as a random drop from the farm egg. The tricky part is that the farm egg included various other animals, including another legendary: the Crow.

Thus, the chances of getting the owl were 1.5%. Now, players can only hope to get this pet via trading.

With a value of 55 for the default version, 150 for neon, and 450 for mega, the frost dragon is one of the best legendary pets in Roblox Adopt Me.

It was introduced on December 20, 2019, during the Christmas update and it’s one of the few pets to have custom tricks such as Dive and Frost Breath.

The only way to obtain it now is via trading.

The only way to get the giraffe was back in the summer of 2019, from July 5 until August 31 by purchasing Safari Eggs.

However, the egg also included other safari animals, and the chance of getting a giraffe was 3%. In addition, the only way to obtain it nowadays is via trading.

As the second-most-expensive pet in the game, the Bat Dragon was added during the second part of the 2019 Halloween event and could be purchased for 180,000 candy from the event shop.

Since then, the only way to obtain the Bat Dragon is via trading.

With an impressive value of 142 on its default form, 410 on its neon, and 1,230 on its mega, the Shadow Dragon is the most expensive pet in Roblox Adopt Me.

The Shadow Dragon was available back on October 18, 2019, during the Halloween Event. Its cost was 1,000 Robux from the event shop.

Since the event ended, on November 1, 2019, the Shadow Dragon can only be obtained via trading.

To sum up, these are the 10 best legendary pets in Roblox Adopt Me.

Players who were lucky enough to play during 2019, and had the luck to get even one of these, should be extremely happy now as their value has skyrocketed.

If you enjoyed reading this article, consider checking out our list of the best cute and funny names for your pets in the game.

Do you have any of these pets? Are you planning on trading it? Let us know in the comments below.