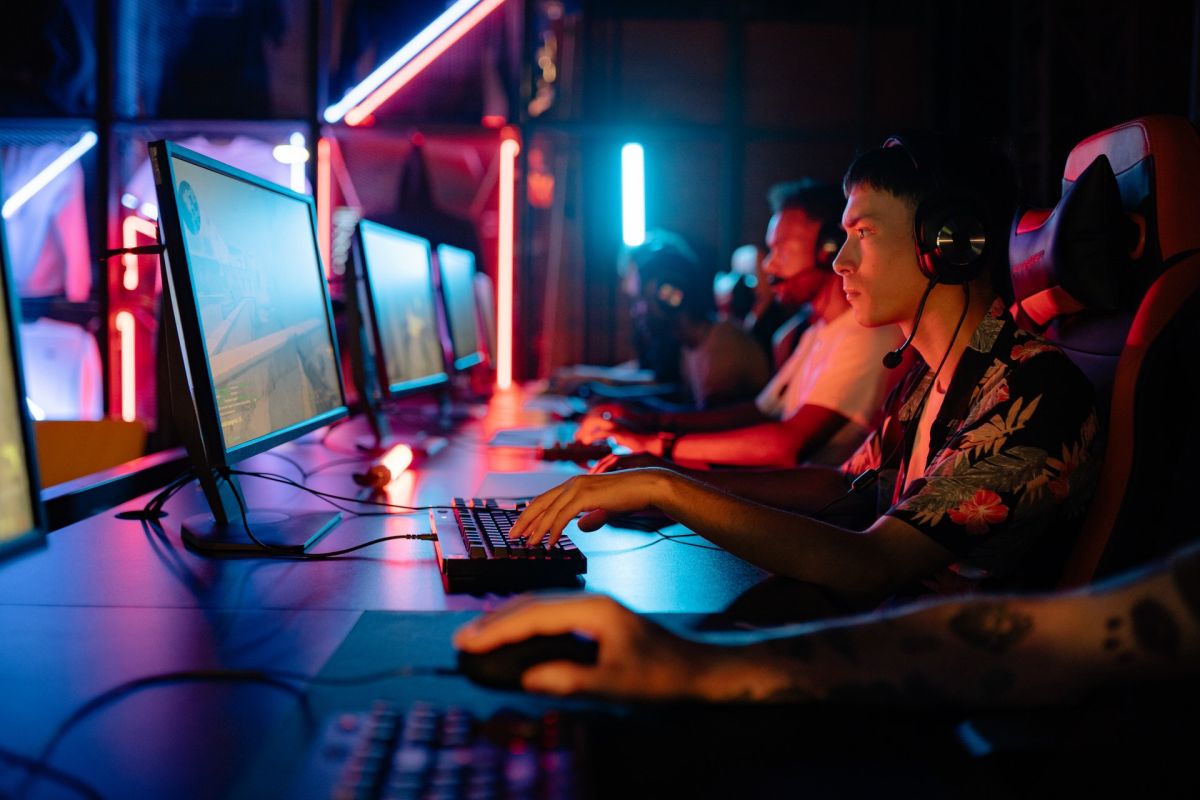 The first thing to note about esports is that it’s not a sport. What does this mean? Well, in the strictest sense of the word, sports are competitions involving physical exertion and skill; esports require neither. This doesn’t make them any less entertaining!

Esports has been steadily growing in popularity over time with more people becoming involved every day.

The most popular games in esports are ones that have been around for a while and have a large, dedicated player base. Some examples of these games are League of Legends, Dota 2, Counter-Strike: Global Offensive, and Overwatch. These games are usually played in teams of five players and can last anywhere from 30 minutes to an hour.

The prize pools for these tournaments can be very large, with some of the biggest events offering millions of dollars in prize money. The International, a Dota 2 tournament, had a prize pool of over $24 million in 2017!

Of course, not everyone involved in esports will be a professional player. There are plenty of people who are involved in other aspects of the industry such as content creation, streaming, event organizing, and so on.

However, if you’re looking to get into esports with the goal of making some money, then you’ll need to be good at one of the popular games mentioned above. The best way to do this is to practice a lot and get better every day.

How Do Professional Players Make Money?

There are a few different ways that professional players can make money. The first is through tournament winnings. As we mentioned before, the prize pools for these events can be very large, so if you’re good enough to compete at the highest level, you can make a lot of money.

Players can also earn money through sponsorships and endorsements. If you’re a top player, there are companies who are willing to pay you to represent them. This can be in the form of paying you to wear their clothing or using their products while you compete.

Finally, players can also make money by streaming their gameplay on platforms like Twitch. If you have a large enough following, you can generate income through donations and advertisements.

How Do The Game Providers Make Money?

The primary way they do this is through game sales. When someone buys one of their games, a portion of that money goes to the game provider. They also make money from in-game microtransactions. These are items that can be bought with real money and used in the game.

For example, in League of Legends, you can buy skins for your characters which change their appearance. These skins don’t have any impact on gameplay, but they’re aesthetically pleasing for some players. Riot Games makes a lot of money from players buying these skins.

Additionally, the game providers also make money from sponsorships and advertisements. As esports continues to grow in popularity, more and more companies are interested in sponsoring events and teams.

How Can You Make Money From Esports?

If you’re interested in making money from esports, there are a few different ways you can do it.

The first is by becoming a professional player. This is the most direct way to make money, but it’s also the hardest. You’ll need to be extremely skilled at one of the popular games and be able to compete at the highest level.

Another way you can make money is by working in another aspect of the industry. This could be anything from content creation to event organizing.

You can also make money by streaming your gameplay on platforms like Twitch. If you have a large enough following, you can generate income through donations and advertisements.

Finally, you can also make money betting on your favorite games.

Esports betting has become increasingly popular in recent years, and there are a few different ways you can do it. You can bet on the outcome of matches between professional teams. This is similar to traditional sports betting. Esports bookmakers are easy to find nowadays and there are some with a really good reputation in the industry.

Overall, there are a few different ways you can make money from esports. The most direct way is by becoming a professional player, but this is also the hardest way to do it.

If you’re not skilled enough to compete at the highest level, you can still make money by working in another aspect of the industry, streaming your gameplay on platforms like Twitch, or betting on your favorite games.

No matter which route you decide to take, there’s certainly money to be made in the world of esports. So if you’re a fan of competitive gaming, why not try to profit from it? Who knows, you might just end up making a career out of it.

What Does The Future Hold For Esports?

The future of esports looks very bright. It’s estimated that the industry will be worth $1.65 billion by 2021. This is due to a combination of factors, such as the increasing popularity of esports, the growth of the gaming industry, and the rise of online streaming platforms.

As esports continues to grow, we can expect to see more professional teams, bigger tournaments, and more companies sponsoring players and events. We may even see esports become a medal event at the Olympic Games someday.

So if you’re interested in the world of competitive gaming, make sure to keep an eye on the esports industry. It’s only going to get bigger and more profitable in the years to come. Thanks for reading!