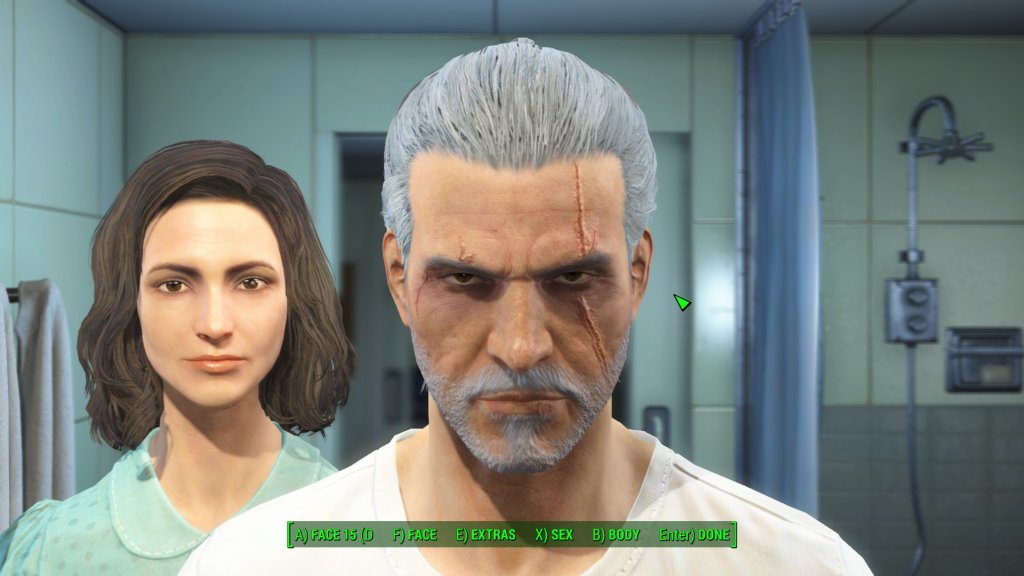 I could spend hours in the in-game character creator in Fallout 4 and I’d still not be able to create a character that looks even vaguely like myself or anybody else in the real life. And probably I am not alone here!

But fortunately, other people can do it and as a result we have amazing characters we can play as. The first to offer you for downloading is the Geralt of Rivia (The Witcher) character for Fallout 4.

Because nothing looks better than having a witcher explore that Wasteland / Commonwealth. And I must admit that it looks absolutely amazing!

This is basically a save game, saved before exiting Vault 101, so you can still edit the caracter and tweak it anyway you like – including the face which I wouldn’t touch, but also the SPECIALs.

Download the mod here. Install it by copying the file to Documents/MyGames/Fallout4/Saves (it will appear as a save in your game – just load it and you’ll have this character!)

It looks great, so have fun playing as Geralt in Fallout 4. Cheers to TheAsianGuy97 for creating this awesome character.