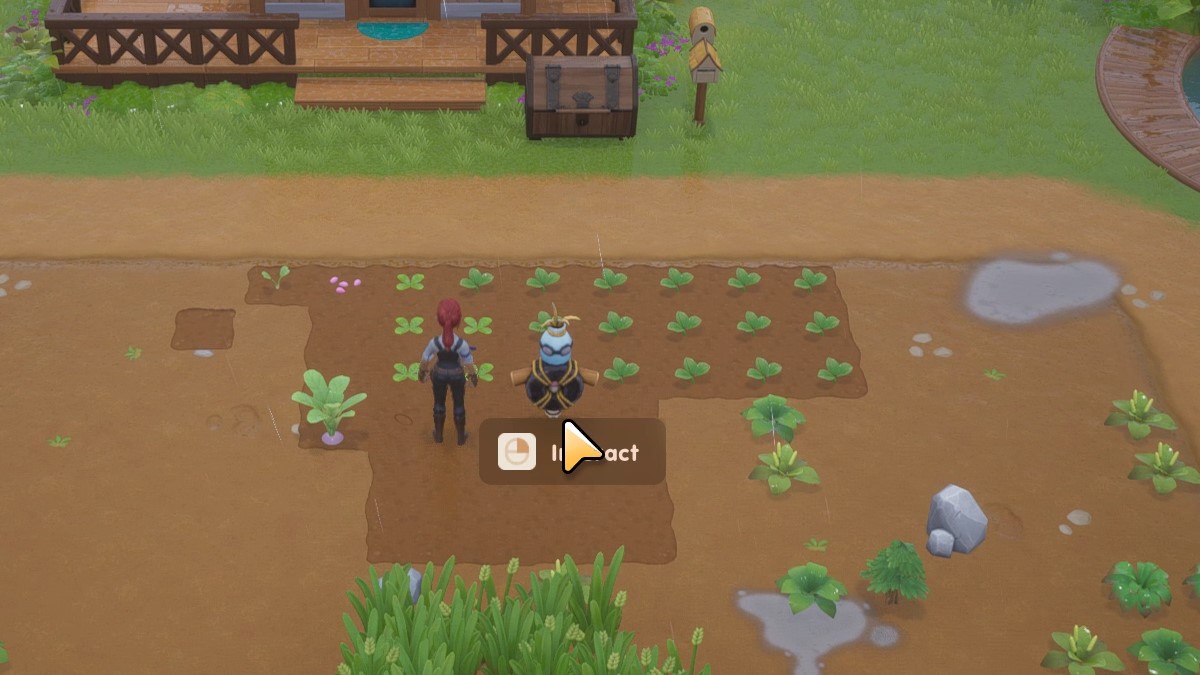 One of the early game quests in Coral Island requires players to craft a Makeshift Scarecrow.

However, it isn’t exactly clear how to craft in Coral Island, as well as how to get the required recipe.

In addition, crafting it can seem tricky since it requires using items that can be hard to find in large quantities.

In this guide, I will explain how to craft a makeshift scarecrow in Coral Island and complete the early game quest ‘Crows be Gone’.

How to Unlock Makeshift Scarecrow Recipe

The scarecrow quest will unlock right after completing the ‘Harvest 1 Crop’ quest. However, even if players have the materials to craft the scarecrow, they won’t have the recipe yet.

To unlock the makeshift scarecrow recipe, players will need to level up their farming to level 1. Farming experience is gained by harvesting crops.

However, experience is only awarded at the end of the day. If you just harvested 10 crops, you will need to wait until the next day to get the farming experience and increase your farming level.

Farm crops and go to sleep until you level up farming and that’s it. Now that you’ve unlocked the recipe, let’s examine how to craft a makeshift scarecrow.

How to Craft Makeshift Scarecrow

To craft a makeshift scarecrow, players will need the following items:

It’s a fairly simple recipe and wood is easy to gather. All you need is to start cutting trees or logs around the farm.

However, trash can be tricky to find, especially early in the game.

To access the crafting menu in Coral Island, open your inventory with ‘I’ and select the Crafting tab from the top bar.

How to Get Trash

The most obvious way to get trash is by checking all the trash cans. Occasionally, they will drop trash and there are a lot of them spread throughout the village.

However, this method is extremely inefficient. Trash isn’t a guaranteed drop. Instead, there are multiple other items that players can get from trash cans, thus making trash a fairly rare drop.

But there is an easier way. In the players’ farm, multiple trash piles can be gathered. These are collected with the Sickle tool and will provide more than enough trash to craft the makeshift scarecrow.

If you’ve progressed through the early quest and unlocked diving, you also have the option to search the ocean for trash. There’s an even larger amount of trash in the ocean compared to the farm.

How Does the Scarecrow Help?

Scarecrows are an essential part of any farm on Coral Island. They help drive off crows and keep the player’s crops safe.

The only setback is that the makeshift scarecrow only covers a small area of crops. However, after progressing the game and leveling up your skills, new, more effective scarecrows will be unlocked.

And that’s all you need to know about how to craft a makeshift scarecrow and collect trash in Coral Island.

All it takes is leveling up farming once and then collecting trash from around the farm with a sickle. Then, place the scarecrow in the middle of your crops and complete the quest.

If you’re just starting, consider checking our guide on how to unlock the fishing rod and catch fish. It’s a great way to make some money in the early game.

Do you think scarecrows are a nice addition to Coral Island? Should trash be easier to gather from trash cans? Let us know in the comments below.