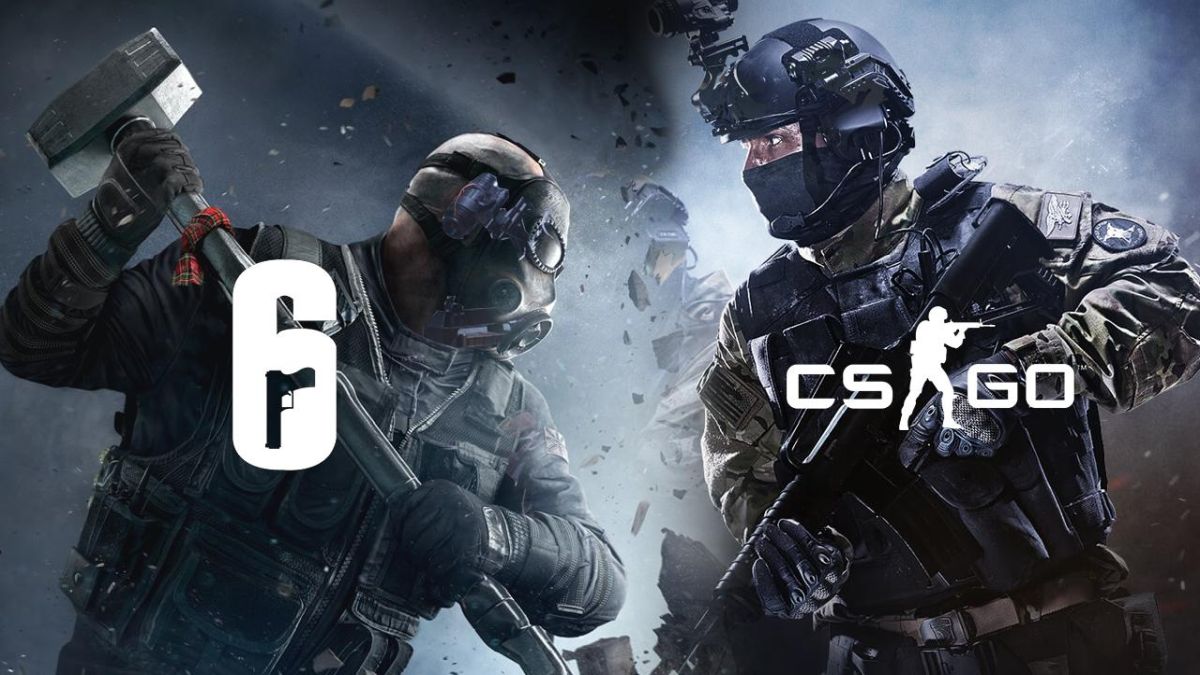 Counter Strike: Global Offensive has been occupying first place in the niche of first-person shooter games for many years. It is keeping its ratings high due to the huge army of players who still love this truly legendary shooter.

However, within the past couple of years, the situation has started changing, with Rainbow 6 Siege striving to the top. Now the rivalry between CS: GO and its opponent is clearly seen. But what camp should you join?

Rainbow 6 Siege is slowly but steadily increasing its audience. This trend is visible not only in the world of gaming but also in the betting sphere. Along with CS: GO, which is one of the most popular eSports disciplines for betting, Rainbow 6 Siege attracts more and more bettors ready to transition from the CS: GO fan team.

But is Rainbow 6 Siege really better? We’ve compiled the 5 reasons proving it is.

1. The Quality of Graphics

Let’s start with the obvious thing – graphics. This is the first difference you can notice when comparing these games. In Rainbow 6 Siege, it is much more realistic and smoother than it is in CS: GO. This allows immersing into the game better and enjoy excellent quality picture on any device you use to gamble.

CS: GO doesn’t give much space for maneuver, offering only one scenario. The terrorists try to plant the bomb, while counter-terrorists strive to defend the area and eliminate the danger. Nothing changed in this opposition since 2012 when the game was released. By repeating the same scenario time after time, gamers will get bored sooner or later.

On the other hand, Rainbow 6 Siege gives some more options to choose from. You can diversify the gameplay by picking either a hostage rescue scenario or bomb scenario, or rescue-the-area scenario. If speaking about the game from the eSports viewpoint, the only scenario used by the professional gamers is the bomb scenario.

Rainbow 6 Siege has a lot more playable maps and allows selecting the part of the map where the event will develop. Changing the setting of the scene for each game, you stay engaged with the gameplay, not noticing the time flies.

When comparing the in-game characters, Rainbow 6 Siege also has an edge on CS: GO. Operators, as they are called in the Rainbow 6 Siege game, are subdivided into two types: those better for attacks and defenders.

Overall, there are 64 of them. Each has a different set of weapons and comes from a new country. Besides, every operator has some specialties, making it unique.

Changing the operators in Rainbow 6 Siege, the players diversify their gameplay. Due to the differences in their skills and purposes (attackers/defenders), every game gets a whole new development, allowing you to enhance your tactical skills and be more on the creative play side.

CS: GO is less versatile in this regard, which doesn’t let it get a score again.

What is a distinctive feature of any shooter game? Of course, the weapon! The mechanics of recoil and reload in either game is similar. However, the 6 Siege weapon customization features put it one step ahead of CS: GO.

Playing Rainbow 6 Siege, you can optimize the weapons to your needs and preferences by modifying them. You can add a handstop, a scope, a flash hider, an underbarrel, and other attachments to make it more effective in the given situation.

Another thing that makes players choose Rainbow 6 Siege is the presence of the aim-down sights, which are lacking in CS: GO.

Someone may say that getting used to Rainbow 6 Siege weapons will take longer than CS: GO. It’s true, but due to the advanced customization features, you’ll master them much faster than in CS: GO.

Unlike CS: GO, which hasn’t changed much within the past years, Rainbow 6 Siege is regularly updated. This is a significant advantage for gamers who play for fun, variety, and creativity. The shooter constantly changes and improves to provide a better experience for the gamers. This is the fifth reason to play Rainbow 6 Siege instead of CS: GO.

It’s not only exciting gameplay that makes people interested in Rainbow 6 Siege. Attention to this game is also attached because it is an eSports discipline.

According to experts from Get eSports, Rainbow 6 Siege tournaments have not yet reached the scale of CS:GO, but interest in them among gamers is growing. And there is a possibility that in the future this game will be the leader among eSports online shooters.

Do you want to try Rainbow 6 Siege? Don’t lose time!