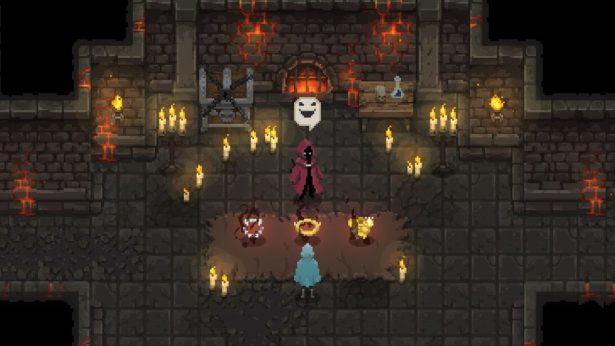 Nox the Unfortunate is the person that sells you cursed shop items in Wizard of Legend. These cursed relics are extremely powerful and they offer amazing advantages in the game, but also have massive drawbacks.

In today’s article, we’re going to find out everything about the cursed shop items in Wizard of Legend in our cursed relics guide.

Please have in mind that although you normally can get these relics from Nox, they sometimes can be found in chests. It’s also important to know that once equipped, the cursed relics can’t be removed until the dungeon is complete.

With these in mind, let’s check out the list and effects of all the cursed relics in Wizard of Legends:

– Alchemist’s Stone: All Chaos Gems gained during the Chaos Trials are transmuted into gold!

– Anchor of Burden: Damage and stuns are increased but movement speed is reduced for each cursed relic owned!

– Crimson Clover: Critical hit chance is increased for you and all enemies!

– Double Toil: Reduces cooldowns by half but receive double damage!

– Horned Halo: Revive with low health when defeated but consumes half of current health when picked up! This relic is destroyed on use.

– Large Red Button: Regain full health every time an exit portal is used! Max health is reduced and health potions have no effect.

– Ominous Loan Note: Immediately receive a large sum of gold! All gold gained, with interest, will go toward paying off this debt.

– Overpriced Insurance: Expend all gold at the start of each stage and heal for a fraction of the expended amount.

– Sharpened Stylus: Increases damage but signature can no longer be charged!

– Stanza of Flames: All fire arcana cause burning but take double damage from water spells! Second half of the “Poem of Fiery Rime”.

These would be the cursed relics available in the game right now. Which ones are your favorite?