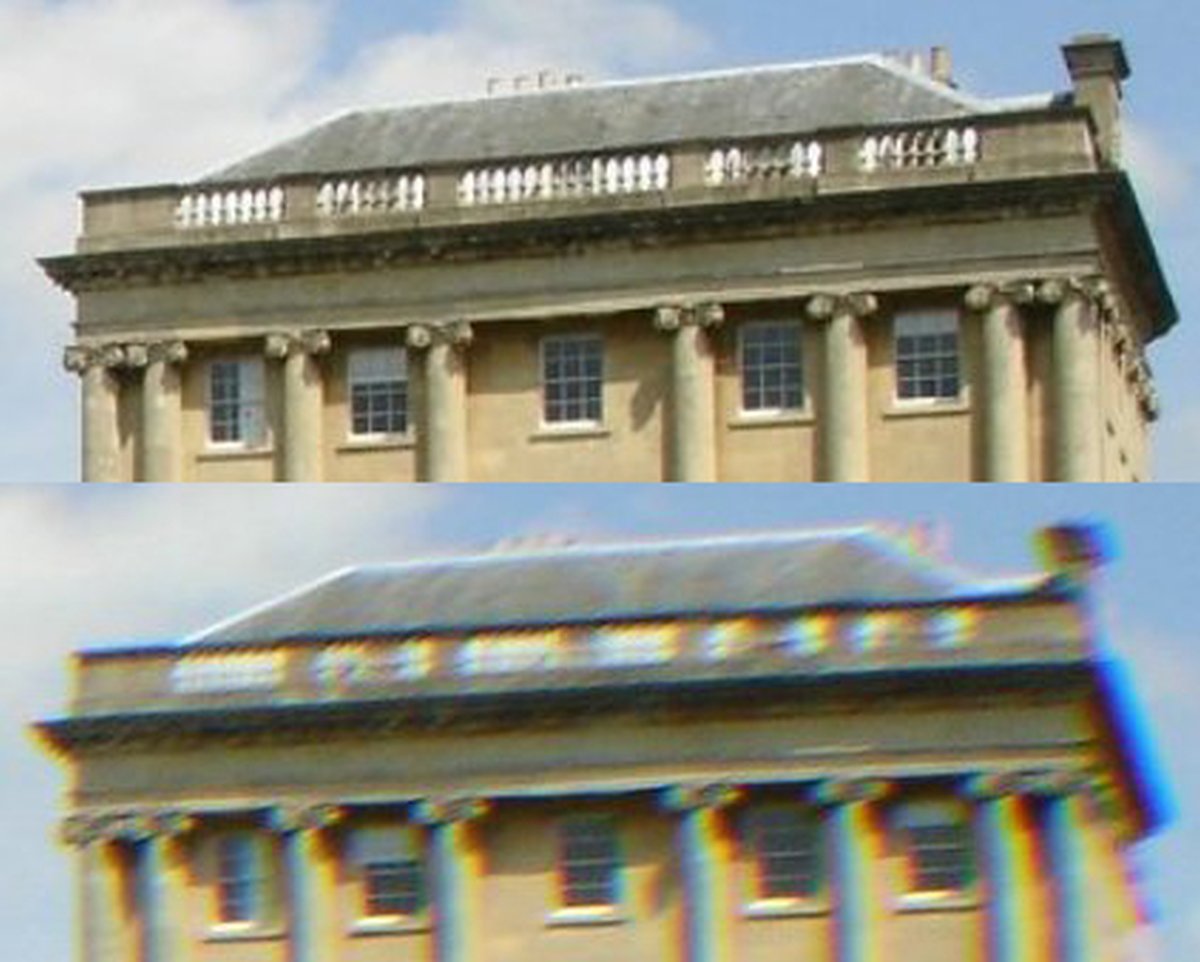 Chromatic Aberration is mainly noticeable in photography and it’s integrated into games to induce the feeling of looking through a camera lens.

Consequently, a colorful but blurry and blunt output can be seen in various aspects of gameplay, like in corners and sharp edges, when Chromatic Aberration is turned on.

So, is it good to keep CA turned on while gaming? Or, does it worsen the gameplay experience? Let’s take a look!

What Is Chromatic Aberration in Games?

Also known as CA, Chromatic Aberration in Games is a unique feature that adds the effects of photography and filming with an actual camera and tries to visualize certain instances in the game as if they were filmed with a camera.

Chromatic Aberration is an unwanted feature in photography that occurs due to the refraction of light as it passes through the lens toward the focal plane.

From a scientific point of view, when white light enters a camera, it’s broken down into several wavelengths in the visible spectrum due to the effect of Chromatic Aberration, so it doesn’t stay as white light anymore.

Instead, the wide range of wavelengths combines to produce a blurrier output.

Why do games have Chromatic Aberration?

While experts are trying to minimize the effect of CA for clearer photography, game developers are doing the opposite and adding CA effects into games. And, there are reasons for it too.

The Chromatic Aberration helps to make video-captured scenes in the games look more realistic. It makes you feel like you’re looking through a camera lens and interacting with the game components.

Along with the realistic touch, CA also helps to add a more artistic effect to the game, according to some game developers.

Furthermore, CA may also help devs cover up for a poorly-constructed edge or poorly-sharpened component in the game since it essentially adds a blurring effect.

Chromatic Aberration is used at different levels in different games. It’s the overuse of CA that hinders the graphical aspects of the gameplay and makes it worse instead.

On the other hand, the effects of CA have tarnished the graphics in Dying Light, and most people have turned it off.

Should I turn off Chromatic Aberration?

It’s worth mentioning beforehand that turning Chromatic Aberration on or off has almost no impact on the FPS of your game. You’ll probably get a very minimal increase in FPS if you turn it off, but it’s nothing huge.

When it comes to keeping Chromatic Aberration on or off in a game, I think it’s based on personal preference and how the game has used CA.

If it is implemented perfectly without worsening the graphics in a game, I’d recommend keeping it on and enjoying the game!

However, if you notice staggering differences between the two states of Chromatic Aberration, you’re better off not using it at all.

Moreover, lots of people can also be quite sensitive to the effects of CA.

While it may not be as serious as seizures, there may be issues with pain in the eyes and tiredness. If you’re one of them, you should keep Chromatic Aberration turned off.

From a personal point of view, Chromatic Aberration doesn’t enhance the gameplay for me. Rather, it takes away the originality and makes the game less realistic, even though devs claim for it to be the opposite. I keep it turned off.

There are various effects that the devs have added in games to enrich realism and aestheticism. These include the Film Grain, Motion Blur, Chromatic Aberration, and many more.

While these may work for specific situations, ultimately most people turn off these features when gaming. Surprisingly, that’s what gives the best experience to gamers, both in terms of gameplay and graphics.

Chromatic Aberration is not celebrated in the gaming community and is kept turned off by most; however, if you’re an admirer of the graphical elements it brings, then who can stop you? Go for it!