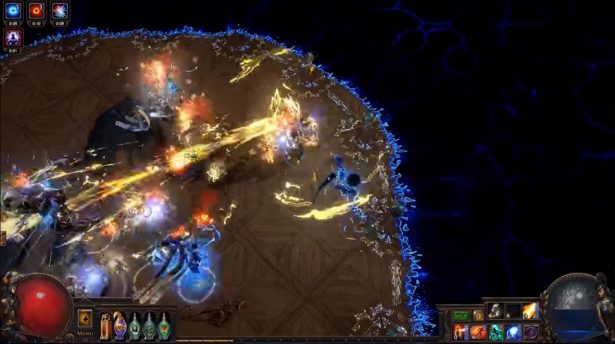 The new Path of Exile League has just been announced and it looks like we’re in for a surprise! Path of Exile: Synthesis will be the next Challenge League following Betrayal, and it seems to include a new type of instance as well as new gems, items and a rebalance of some old, already existing, skills.

In Path of Exile: Synthesis players will encounter a new NPC, Cavas, who will introduce the player to the new instance. In this instance players will have to collect Cavas’ lost memories and assemble them together in order to form a new type of instance that will allow players to test their characters’ limits!

By recovering the lost memories players will be able to re-assemble bridges through the Void which they can then cross in order to access other areas. Slightly resembling the Delve mechanics, the Synthesis challenge league will be much more free to alter according to your wish, as each bridge part will bring along its own modifiers (so it is not as random as the Delve ones), but since the players can choose the ones they want, they can go for either something extremely challenging or something a little more casual. 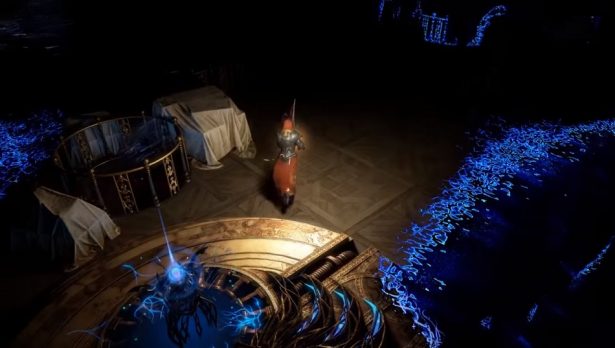 Players will need to be careful and think very well ahead, as the bridges can only be crossed for a limited time, so a little bit of planning and tactical thinking is necessary in order to get the best rewards out of it! But it will all be really worth it, as the items that players can get will open the door to a ton of new possibilities!

The Fractured Items will drop by completing these Synthesis league encounters, and they are some of the strongest I’ve ever seen! These items will have locked mods, which will not change when you craft them. Just imagine a piece of armor with +100 HP from the Fractured locked mod, then craft another 100 and maybe a HP % and that pretty much sums up how strong (some of) the new items will be. Of course, it all depends on RNG, so you might  not always get good locked mods.

Another thing you can do with the trash Fractured Items you get is keep them for when you reach the Synthesizer, which is located in the Memory Nexus. By combining (or synthesizing) 3 of the Fractured Items you have, you will receive a new item with a custom implicit modifier. The implicit modifiers can be decided by the players, depending on what items will be added in the Synthesizer. 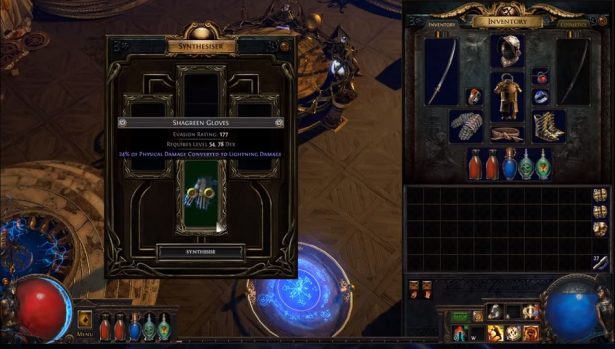 In Path of Exile: Synthesis there will be added 6 new Chaos and Holy gems, which will let players get creative with the builds once again! But another cool thing to keep in mind is that the self cast skills will now be named “hand-casting” (basically name says it all) and with all the new and creative ways to spell cast (totems, mines, cast when damage taken) the developers decided to make the self cast appeal-able to players again.

The new challenge league will also feature quite a few new Divination Cards, 16 new Unique items and of course, new league-specific Supporter Packs (I love the Doomguard one)!

Another thing I am very excited about is the new Hideout locations! There have been few announcements made regarding a couple of new Hideouts, so if you are a collector like me, you will have a new goal to work towards in the new league as well!

Path of Exile: Synthesis will launch on March 8th on PC, on March 11th on PS4 and, finally, mid-March on PlayStation 4! I am assuming that the PS4 release will be around the first patch of the league, but expect it to bring along with it a ton of new players!