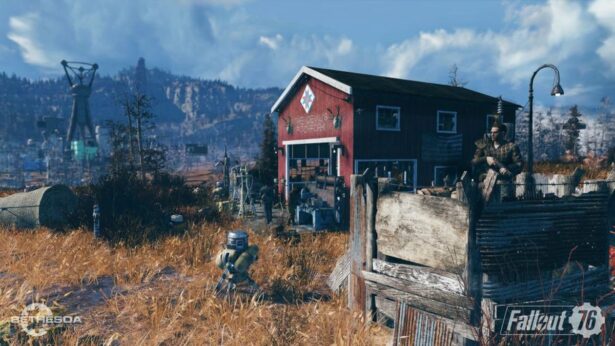 I don’t know about you, but I spend a fair amount of time trying to make my CAMP in Fallout 76 awesome. I’m not a great designer and I still have a ton of things left to unlock, but that’s my little piece of heaven in Appalachia and I love it.

Unfortunately, I was recently struck with a demoralizing and infuriating bug in Fallout 76: my CAMP disappeared completely. Almost had a heart attack after logging in to the game and no longer seeing it marked on the map.

I initially thought that somebody had nuked my base for whatever reason since I knew that was possible but never saw it in action.

However, I was almost 100% sure that my base would appear only if I were playing the game… and in that case I would’ve known that somebody nuked it down.

It turned out that this is just another Fallout 76 bug – and a really annoying one for those who do invest a lot of time building up their CAMP. So, why did my CAMP disappear and why could this happen to anyone out there?

UPDATE: Bethesda was fortunately listening and they’re planning to address this problem in an upcoming patch.

Starting December 11, 2018, you will get a notification when joining a server that there’s a camp built on your spot and you’ll have the option to simply move to a different server.

Well, simply because Bethesda decided to have my play on a server where a character had his or her Fallout 76 camp built in the same spot. Now, it wasn’t exactly-exactly the same spot, but our bases would’ve overlapped for sure.

So in this case, it appears that the game decided to keep the first base alive – that of the player who first logged in to the server and completely destroyed mine.

Now, you probably know that you can save your structures as blueprints in the game.

You probably don’t save them – just like I didn’t. I did try saving a blueprint of my house and I found out the feature to be buggy as I never managed to actually place the damn thing in a different spot. So I decided to ignore that because I wasn’t planning to move my CAMP.

Well… big mistake, apparently – so take my experience as a word of caution: save Blueprints of everything that matters because one day you might log in to the game and find out that your CAMP has been completely wiped out and you have to start over. Horrible bug!

I even tried logging off the server and logging in again, getting a new server. Although this time nobody had their camp in my location, mine was still gone.

It’s worth mentioning that although, due to the bug, my Fallout 76 camp vanquished, all the structures and items that I had previously built were put in my inventory so I didn’t have to go through the crafting (and collecting materials) phase again. But it still sucked – big time – that I had to start over.

Did anything similar happen to you? If so, did you manage to find an easy fix or you had to start all over again?