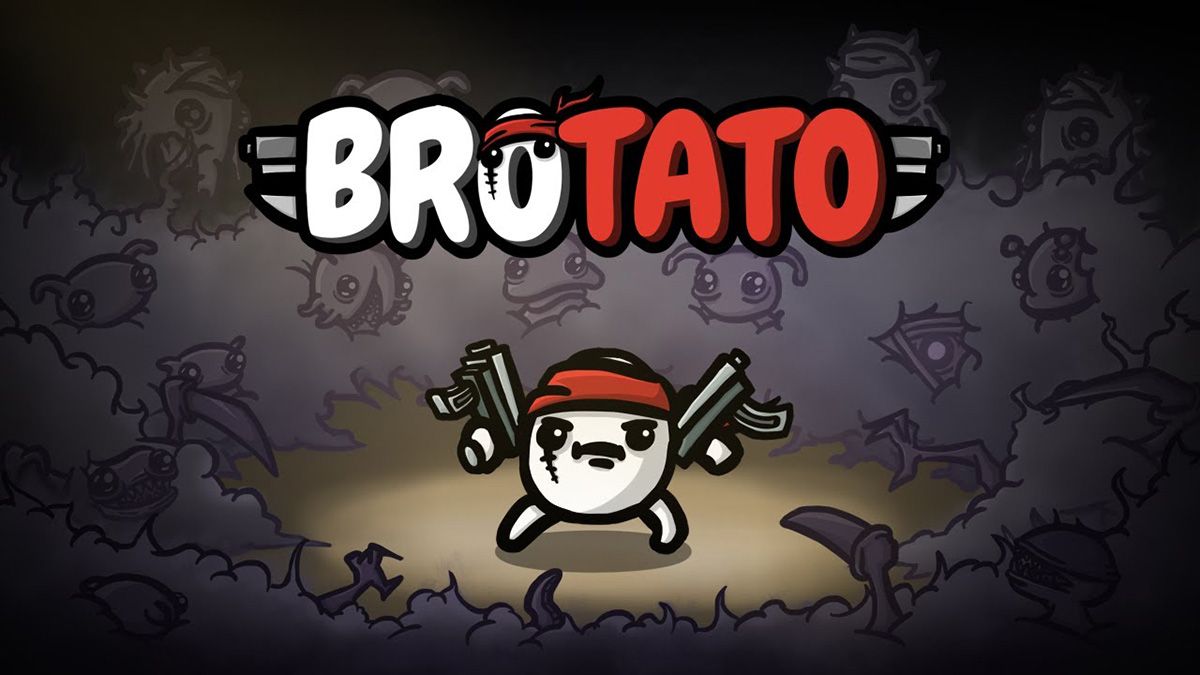 Beating the highest difficulty level in Brotato is not easy, especially if you want to do it with each character. Even though it’s a bit of a grind, beating Difficulty 5 in Brotato is doable. And I am here to tell you how to do it!

For starters, I recommend taking on the Brotato Difficulty 5 setting with one of the best characters for the job: Demon is probably the easiest, but Knight and Loud are also relatively easy.

Before getting in full depth, in order to beat D5 with each character, you need a bit of practice, lots of luck (literally – get it early on in the game) and focus on defense a lot (max out your dodge ASAP).

Also, getting the best weapons in Brotato helps a lot – but for difficulty 5, I found that playing defensive and focusing on dodging, luck and armor is more important.

Now let’s get a bit more in depth with my tips & tricks for beating D5 in Brotato.

How to Beat Difficulty 5 in Brotato: Tips & Tricks

I will share below my top tips for beating this difficulty with all characters. They’re in random order, but you will probably need to do them all anyway.

1. Early on in the game, focus on increasing Dodge, but also Luck and Harvesting to get the snowball running and improve your RNG.

2. Defense is a great defense here. Focus on getting good armor and some HP regen. You WILL need healing in waves 5, 20 and for all the later stages of the game. Go for life steal, as it’s faster than regen.

3. Don’t be a perfectionist! Understand that wave 20 is absolutely insanely difficult to beat. This is where luck comes into play a lot.

4. You also need great weapons. I had great success with 6 slingshots. Remember that if you want to get more of a specific type of weapon, get it early and then recycle weapons you don’t want.

5. Don’t get flat damage modifiers! Focus on %damage or %critical and especially %speed modifiers when you level up your weapons.

6. Attack speed is extremely important. If you want to play it safe, don’t focus too much on critical as it is very random and luck-based. Speed and damage, upgraded in this order.

Brotato Danger 5 Guide for each Character

Since there’s not one recipe to work for all characters, you have to spend a lot of time trying and testing to see what works.

I was able to find an extremely useful Google Document sharing weapons and tips for each in-game character.

This is not the only way to beat D5 in Brotato (I personally used different approaches on at least a few characters, but I wasn’t writing things down). Still, it’s a lot better than nothing. Credit for the Google doc goes to reddit user Zabuzan.

We also have a quick, character-based guide for beating D5 with each character in Brotato below:

Demon : Also very easy. I personally beat D5 with Demon first. Use almost all your health in turn 1, 2, 3 for items before inflation kicks in. Early harvesting, luck and attack speed will carry you easily through the game. Don’t forget armor!

Soldier : Run won with lifesteal, attack speed, and piercing. For soldier you can walk while shooting by clicking on your keyboard in quick successions.

Well-rounded: Cleared with slingshot. Started with the stick and changed to slingshot in the shop after round 1. Stick, knife, and shotgun are a good choice for starting weapon. 6 Slingshots is what you should aim for.

One-armed: Pretty difficult. Start with ethereal axe, but change to op weapon that comes along in the later stages. Lightning sword had the best results. Click here to read a full guide on winning with one armed.

(you can read the full guide, with screenshots, on Steam). Again, these are not the only builds that work to beat D5 in Brotato – but it’s easier to follow these than trying to figure it all by yourself.

Beating Brotato on Difficulty level 5 is not easy. You need plenty of luck when it comes to drops and dodging and everything else. But since you can’t really influence that too much, having a solid strategy is also essential.

I have focused on that above and hopefully now you know everything you should know to beat D5 in Brotato. Good luck! You’ll need it!