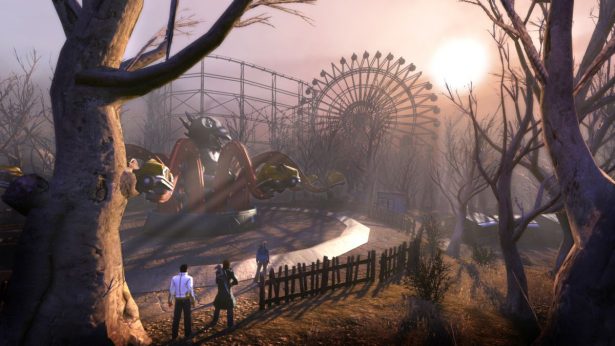 On July 3rd, 2012, Funcom officially launched its latest offering to the world of online gaming as “The Secret World.” However, back in 2017, the game was rebranded and relaunched as Secret World Legends – and today we’re here to help you get better at it.

Unlike its predecessors,  Secret World Legends kicks MMO norms such as running around mindlessly killing things to the curb, instead introducing Investigation Missions which place intellect above reflexes and brawn.

While refreshing, this innovation can also be rather daunting to those more used to the twitch game style, so here are a few Secret World Legends tips and tricks to help you hop right over that learning curve amongst others.

These are some tips and tricks aimed at new Secret World Legends players. While veterans would consider these (or many of these) common sense knowledge right now, newcomers and even those who haven’t played in a while might find them extremely useful.

It doesn’t matter too much if you’re a newbie or a veteran – just go through our list of general tips and tricks to see if you find something new and useful.

1. The First Rule of Secret World Legends:  No spoilers in /general:  There is a /help channel for that or use tells.  Unless you want many many nerds angry with you.

2. Keep it old school:  Keep a pen and some paper handy, and don’t be shy about jotting stuff down.  There are hints strewn all around the world and in the dialogue.  Who knows what or when something will become useful.

3. Bring it new school:  If you have a smart phone, don’t be afraid to download free apps to help out with a quest objective you’re stuck on.  For Android phones, “Morse Code Reader,” is free and super easy to use.

Not to mention if you get stranded on a desert island in the middle of the Pacific, it just might save your life.

4. Dress to impress:  Should you ever get bored of your initial outfit, then head to London’s fashion boutique, “Pangaea.”  Hundreds of styles are for sale with Pax Romana (the in game currency).

Make a selection and hit “preview all” to check out your sexy new ensemble.  And if the offerings at Pangaea don’t suit your taste, try to complete Faction Decks (accessed by opening your Ability menu.)  Simply take the required abilities and skills and unlock a new outfit.

5. Pay a visit to the bank:  While you’re in London, make sure to visit the bank there.  In addition to extra storage from both your personal and Cabal bank,  you can also send mail to your friends from there.

(Don’t ask me why there’s a post office next door where you can’t send mail from.  It’s a fantasy game, remember?)

6. Invest in a guild:  Hit Shift + F and navigate your way over to Cabal Management.  No funds or signatures are required for starting up a guild, so you might as well make a private or alt one for extra storage!

7. Sort that inventory:  Clicking on the + side on the top right side of your inventory will open up a new bag which you can use to sort things.  Since the UI in “The Secret World” is extremely streamlined, I lock one of my bags open with all my clickables.

8. Nick that nickname:  This is your unique name.  There are many like it, but this is yours.  While Secret World Legends may have a 100 Inigo Montoyas, there can only be one Inigo “RipTheRipper” Montoya.  Choose wisely!

10. Use your points:  You can save up to 40 Skill Points and 175 Ability Points at a time.  That means, once you have saved up to 40 or 175, you will cease to accumulate anymore unless you spend them.

The worst that can happen is you never use the skill.  On the other hand, you may uncover a combination of skills that looked horrible on paper, but synergize amazingly in game.

11. Try all the skills:  “The Secret World” allows you to be anything you want and learn everything you want, so take advantage of it.  There are many repeatable quests to do to grind skill and ability points.  It’s also a great source of crafting mats and Pax Romana.

12. Use your Map:  Hit M to open up your in game map and mark the locations for “suspicious” looking areas or of rare Named Mobs to revisit for revenge.

13. Take advantage of Public Quests:  In Secret World Legends, if you need to defend an a barricade or take down a final quest boss,  but someone is already there, go ahead and lend a hand.

Even if you did not start the event or summon the mob, assisting will also net you a completion.

14. Take the literal plunge:  Maybe it’s because we’re magical, but there is no fall damage in Secret World Legends.  This is especially useful in avoiding that train of 30+ zombies you accidentally started or in my case, being lazy.

15. Travel Smart, Travel S-Mart:  Pay the Mobility Trainer in your faction city every few ranks.  Rather than flying around on star spangled intergalactic Pegasi, in Secret World Legends you are your own mount.

Sprint upgrades go from 62.5% to 75% to a whopping 100%, and come in very handy if you’re getting chased by mummies or the 20 Templar you accidentally ran into.

16. Surf the ‘Net:  “The Secret World” is one of the few venues where looking stuff up is not only acceptable, but encouraged.  Hit B to pull up the in game browser to help look up hints for your investigation missions.

17. Dimension hop:  Sometimes, you will run into a bugged quest.  After bugging it, ask in /general or /LFG for someone from another dimension to invite you to group (they have an * in front of their name).  Meeting up with them will actually move you to their server where, the quest may not be bugged.

18. Strike a pose:  There are some really scenic locations in “The Secret World” and really awesome looking mobs as well.  Hit F11 to save your favorite ones.

Now let’s check out a bunch of commands that you can use in-game in order to chat with specific people or perform various actions.

And this would be our list of Secret World Legends tips and tricks, as well as some useful console commands.

Do you have additional advice for fellow players? Let us know by commenting below!