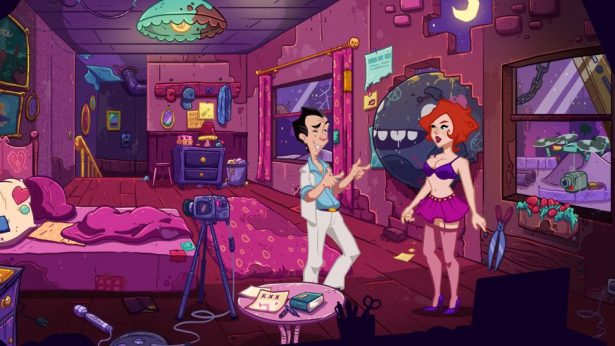 I have the perks of a person living in a former-communist country in Eastern Europe, meaning that although by definition I would be entitled to call myself a Millennial, being born in the early 80s, I’m more of a Gen X kind of guy. I mean, my country was under a communist regime until 1989 and I got my first computer in the mid 90s. And everything we got, we were getting 10-15 years later than the rest of the world.

This means that I did grow up playing the original Leisure Suit Larry games many years after their official release – but that’s a good thing, because I was about 12 when I first got my hand on a LSL game. And I was really happy to have a free hand too: even though I didn’t really get the adventures themselves, the graphics and the sleaziness of the products were enough to make me consider myself a Larry Laffer fan.

Many, many years later and after a few failed attempts to bring back the man in the white suit to a successful computer game, Leisure Suit Larry: Wet Dreams Don’t Dry launches, seemingly the first true Larry game in decades. Of course, I was curious. The trailers looked good. The name is right up there on the “ohh, that’s gross” list and I consider myself old enough now to finally experience a Leisure Suit Larry game and play it using both hands. Oh, the evolution I’ve been through!

Now, the reason why I mentioned Millennials and Gen X in the intro is because I believe that Larry’s later adventure is perfect for a specific type of demographic. I am not entirely sure that this was intended, but I like it. I like it because I am completely able to connect with Larry and understand what he’s going through. Somebody born way after the final LSL game was launched though might have a hard time connecting or even enjoying the humor…

You see, in Wet Dreams Don’t Dry, Larry wakes up after decades of being help captive in some sort of a laboratory – all the way since his glory days in 1987. He’s the same Larry that we know, but in a completely different world. And even though most of the people my age and older had a chance to grow accustomed with the new world, he didn’t. And he’s up for a shock. 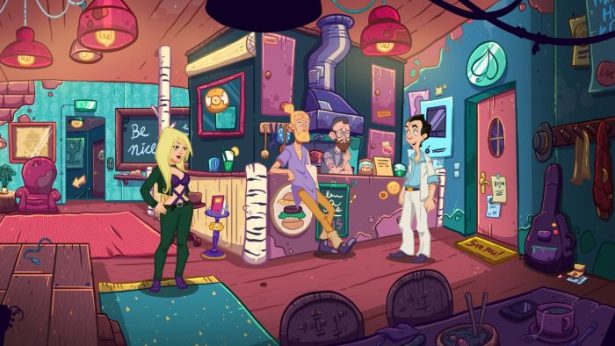 And this is what I liked the most about Leisure Suit Larry, surprisingly. I mean, Wet Dreams Don’t Dry is clearly meant to be played as an over the top, humorous adventure filled with sexual innuendo. But it also has – for the particular demographic – a ton of Aha! moments. The game manages, above all things, to show how much the world has changed in just a few decades and does so in a brilliant way.

Absolutely every stereotype in today’s world is tackled, with everything that makes the present look and feel like it is painted with a brush of genius. Sure, the humor is almost always rude and the sexual connotations are obvious, while the story itself is extremely predictable in many cases, but the overall impression that the game leaves is pretty much flawless.

Your goal in the game is to score a date with a girl like most in the world – one that’s completely out of Larry’s league. In order to do that, you will have to meet, interact and complete quests for a colorful cast of characters through an adventure that will take you thorough a lot of well made locations, but all of them over the top and filled with kind-of-adult-rated stuff. 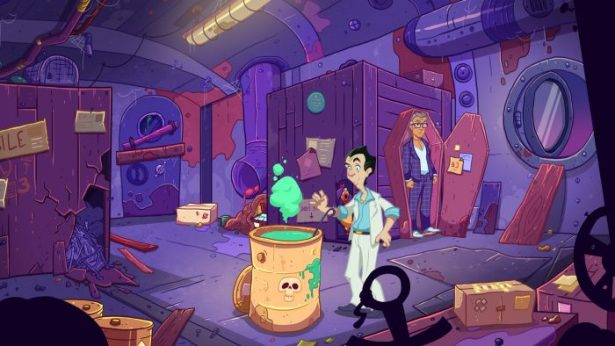 The gameplay stays true to the classic point and click adventures, having you collect a ton of items and store them in your suit, then try to find the correct combination for them. Sometimes, the number of items you’ll hold will be overwhelming to say the least and the solutions not so obvious, meaning that you will have to randomly try inventory combinations and see what could work. Just like back in the old days…

And since we’re at the inventory part, it’s worth mentioning that the developers created a completely over the top game and wanted to make sure that we know they knew what they were doing. Larry himself is self-aware early on in the game when he collects two jugs full of beer and stores them inside his suit. The barman asks something like: “Wait, did you just place those two jugs of beer in your suit?” And he nonchalantly answers something like “Of course, why? Isn’t this how things are still done nowadays?”

The point and click adventure genre has many flaws and since Wet Dreams Don’t Dry stays as close to the classics as possible, it means that it has them also. Apart from the sluggish movements of Larry that drive you crazy sometimes, we have a lot of backtracking in the game, with visits back and forth from location to location, sometimes without really knowing why. Walking cluelessly around has never been fun and it’s not fun in 2018 either. Apparently some things don’t change, after all… 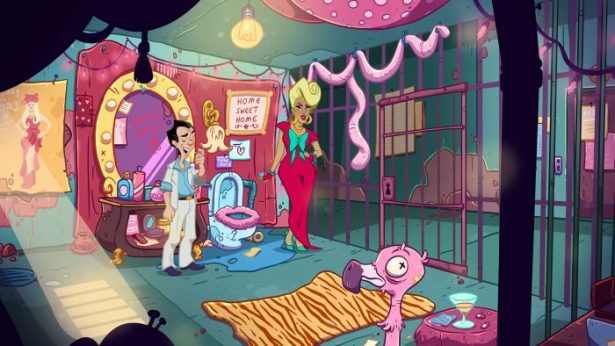 But overall, thanks to the crude humor that overflows from the game and especially the way Larry handles all the changes that some of us lived through, everything’s nice and well at the end, despite the negatives.

One thing that I didn’t really like and I was surprised to see many others praise was the actual voice acting in the game. Larry’s voice is particularly irritating to my ears and I don’t think it stays true to the character and what I am used to hearing. The other voiced characters are not that great either in my opinion, the voice acting being one of the weakest – if not the weakest parts of the game.

But fortunately you are not playing a point and click adventure game for the voice acting, so that’s not really a problem. What matters is that Leisure Suit Larry: Wet Dreams Don’t Dry has a perfect execution and the courage to say things that many other people (or game developers) would not even dare to think about. And that’s what I liked the most: this game is exactly as it should be!

If you want to check it out, head over to Steam and get your copy today.