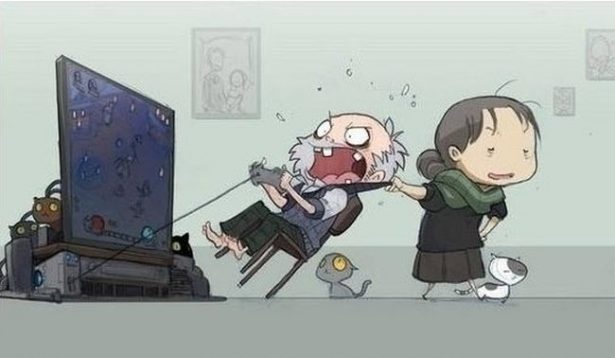 A few days ago, I met an old friend with whom I used to play countless hours of Heroes of Might & Magic 3. The same person that used to come by to my house during the summer at 10-11 AM and not leave until 9-10 PM because we had important matches to win in Championship Manager 01/02. A gamer, just like myself.

Eventually, after finding out about his kids, after telling him stories about my son, after talking about back pain and hemorrhoids, the rising cost of living and the fact that our bodies couldn’t handle as much alcohol as they did back in the days, I asked the question:

“So, what are you playing nowadays?”

Oh, boy, the look I received as an answer! I thought that he’s about to call the cops, to call a mental institution and plead for them to take me in. Or at least go tell my parents that I’ve been bad.

“I no longer play games,” he replied eventually, clearly disgusted by the idea. “I am, you know… an adult now”.

So, what? Adults are no longer allowed to play video games? Just because I am old, I have to stop playing? Is there an age limit for defeating hordes of alien invaders, blowing building up or teabagging fallen enemies in online FPS games?

Well, hell no! I am and old(er) gamer and I plan to keep on playing for as long as I have money to buy me some games. And if I no longer have them, I don’t mind jumping into the freemium crap that would keep me entertained for a while. 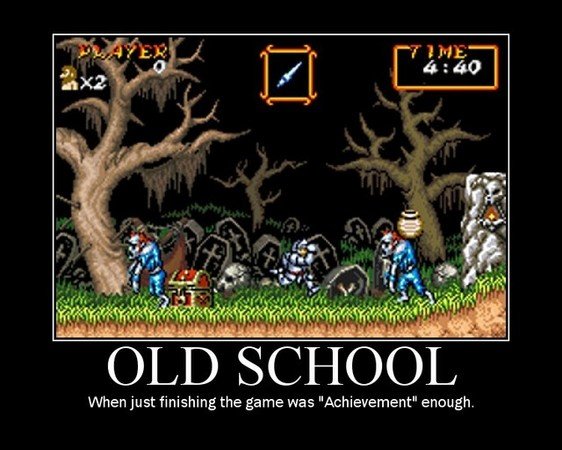 Heck, I can’t wait for my son – who’s 4 right now – to get older, so I can kick his ass in Mortal Kombat 28 or team up with him and wreak havoc against enemy troops in whatever Star Wars shooter will be popular when he’s older. This would actually be like a dream come true for me: bond with my son in front of the large TV screen, having endless hours of fun playing video games.

You’re never too old for that. And I am definitely not that old. I’m almost 33, for God’s sake! Many people my age don’t even know what career path to follow, yet they’re starting to consider themselves too “grown up” to play games.

I don’t think that we should ever let age or society or anybody else tell us what to do and what not to do. I know my friend who told me that he doesn’t play games anymore because he’s an adult. And I don’t even believe him! 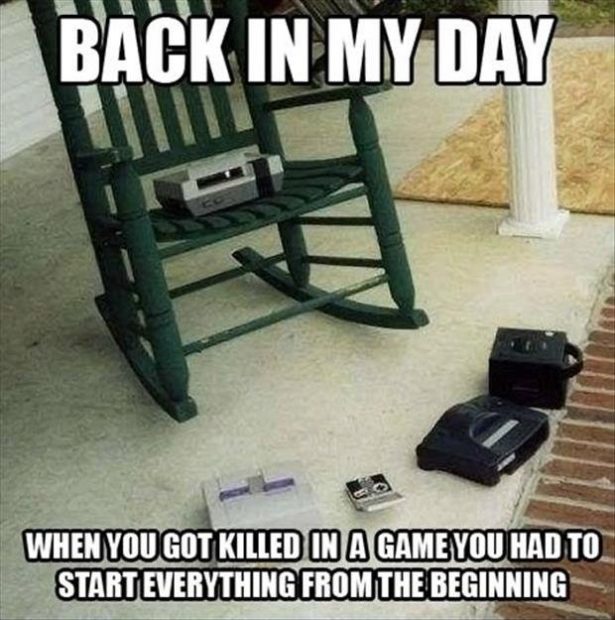 Of course, being an adult doesn’t allow me to play as much as I do. My reflexes are no longer what they used to be and I get owned by Russian kids in Counter Strike like there’s no tomorrow. The way I’m living now no longer allows me start gaming sessions at 9 PM and stop at 6 AM, surprised that the sun is starting to shine (real story, happened over and over again with Gothic 2).

I am getting older and the only reason why I am not gaming as much as I’d like to is because life happens. I have a son. I have a job. I have health issues, I have a wife, I have mortgage to pay, I have endless sleepless nights to recover from my youth, I have high cholesterol and my eyes start hurting after playing any shooter for two hours in a row…

Being an adult should be about making YOUR choices and sticking to them. If I choose that I want to game since early morning til late at night this Saturday, wearing nothing but my boxer shorts, eating cold pizza and drinking Mountain Dew, that’s what I am going to do! Especially since my wife’s visiting her mother, together with my son. (Really, you can’t actually do this otherwise if you have a family, but the point matters!)

I’m an adult now, but I’m always a gamer. Have been and will always be, even though I don’t have as much time for this as possible. Even though my skills get worse the older I get. Well… no problem! Somebody’s got to play Farming Simulator anyways!

15 thoughts on “I’m an Old Gamer and I Don’t Plan to Stop Playing!”