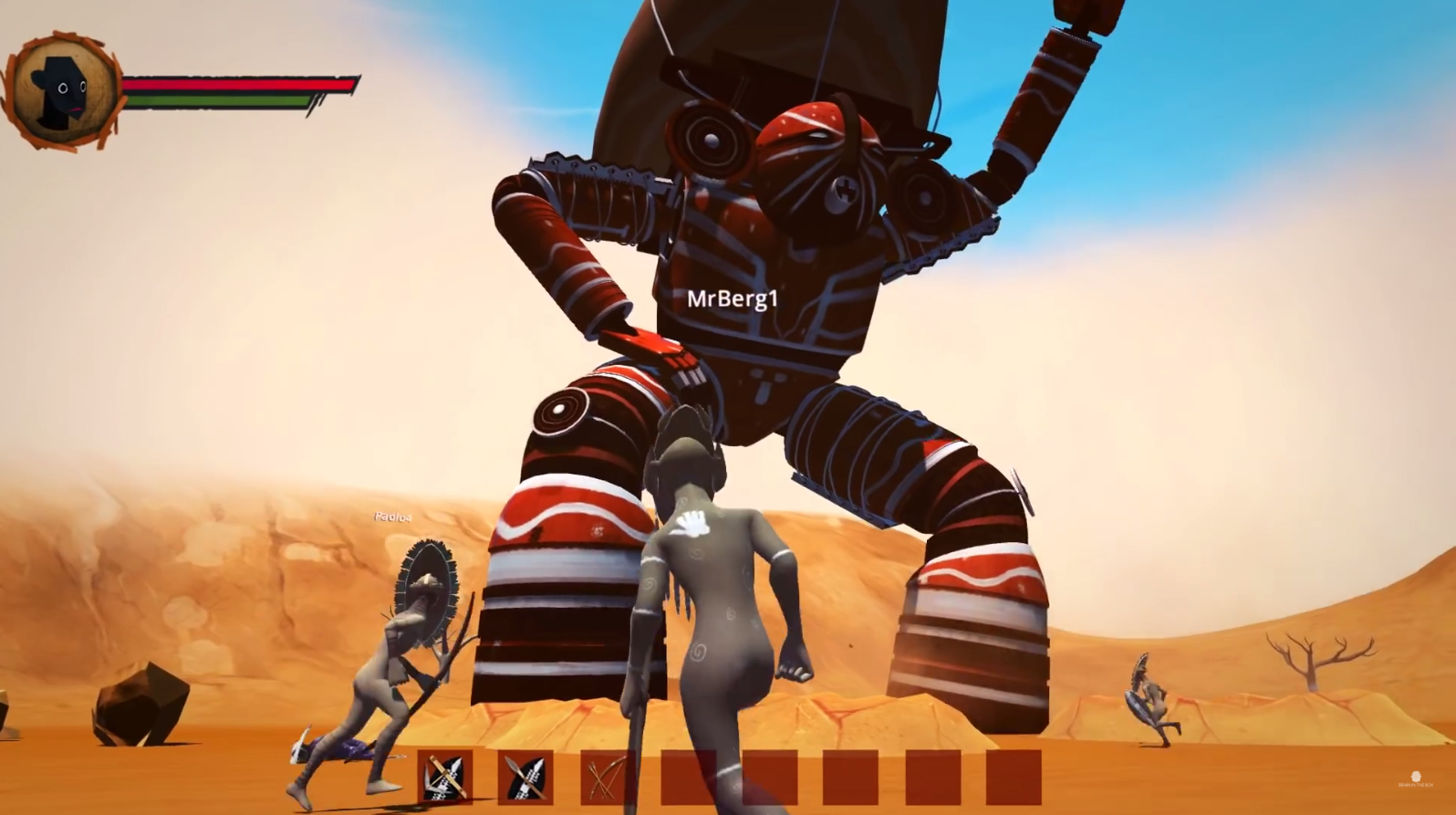 Voodoo is an open-world multiplayer survival crafting game. I know, I know, those few words scare off a lot of people but Voodoo‘s got some interesting quirks about it. Set against the backdrop of a fantasy primal Africa, you play as a tribesman looking to build and grow his tribe. The trailer on the game’s store page on Steam shows off multiple players grouping up together going off to fight a rival tribe. The trailer then cuts to a scene where that same group is shown fighting a gigantic totem boss, and the battle looks exhilarating to say the least. Voodoo shows off a lot of promising stuff like most Early Access games do, so I sat down and spent some time with the game to see what’s up.

Right off the bat things were off to a rocky start. The current stable build of the game was updated the day of writing this piece – June 27th – and it seems to have completely broken the frame rate of the game. The game’s frame rate capped out at around 3 FPS, and that’s not an exaggeration. Okay, maybe it’s a little under optimized, I can understand that. So I change the video settings to the lowest preset and the frame rate was still busted. Finding no solutions on the forums, I opted into the game’s experimental branch and everything was okay. 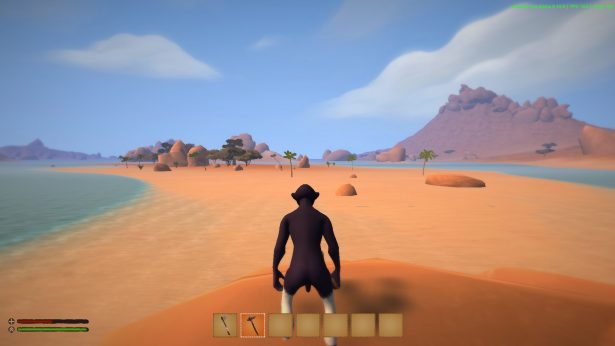 So I finally get in and am able to play. Voodoo‘s early game is a bit too slow. It starts off like any typical survival game where you’ll need to scavenge for loose materials. The first things you can craft are an axe and pickaxe, the essentials to any survival game. With a large amount of wood you can craft a basic crafting bench that lets you craft the basic structures, which don’t include much. There’s a simple straw bed and a totem to mark your building space.

You’ll need to craft the advanced builder bench to make the big structures like proper shelter. The problem is that this thing requires a TON of materials that would take hours to get. I get that they want to encourage group play – which is the point of the entire tribal theme – but this seems a bit too much. This problem is especially compounded by the fact that there doesn’t seem to be anyone playing at the moment because the game is still relatively small. 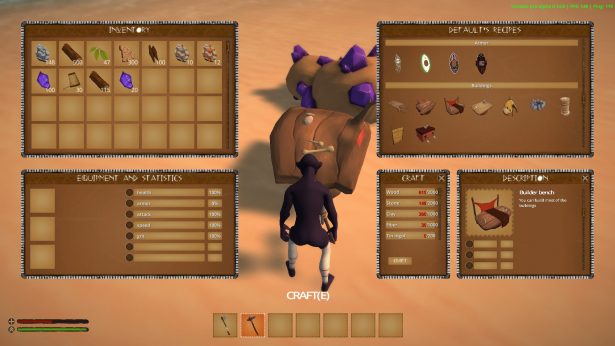 Voodoo is built in the Unity engine and you can really tell by how it looks and controls like. The current graphics are decent, but things look a little flat. I think the game will do better with a more memorable art style, and you can already see that growing in the player models and the enemy models, like the totem boss shown off in the trailer. The game will be a little more memorable if it’s got cool designs like those.

Ultimately, the interesting setting, emphasis on team/group gameplay, and the Shadow of the Colossus styled fights are what going to set Voodoo apart from the other open-world survival multiplayer games. The gameplay so far is a little too similar to what many survival games have done in the past. Voodoo is of course still in early access so we’ll remain hopeful with future content updates and patches.

You can visit the game’s web page, and check it out on Steam.