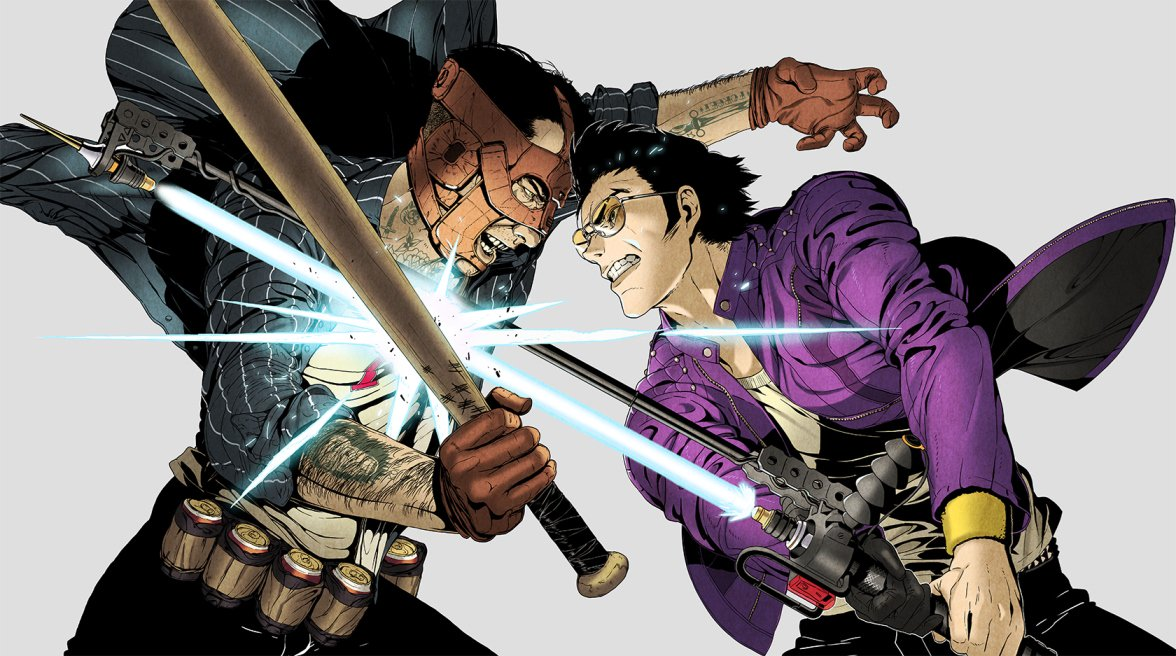 Everyone’s favorite beam katana wielding otaku is finally making his grand comeback! Travis Touchdown returns in an all new No More Heroes adventure for the Nintendo Switch. Suda51 does it again with his trademark wacky style – just check out the trailer and you’ll know what we mean.

For all intents and purposes this new game seems to be essentially No More Heroes 3, just without the number. Travis is shown playing the indie hit Hotline Miami before he’s assaulted by a mysterious assassin. Travis whips out his trusty beam katana and the two face off.

After some brawling, we find out that the masked man is known as “The Bad”. Quite the name, huh? But if you recall from the original No More Heroes, the 2nd ranked assassin was Bad Girl, the bat-crazy woman that even Travis had trouble taking down. The Bad turns out to be the father of her, claiming that he’s come for Travis’ life because he killed his daughter. He’s even wielding a reinforced baseball bat! Like father like daughter?

Perhaps the coolest thing about this announcement is how the game will be played. The game will be built in Unreal Engine 4, and will play like the previous two No More Heroes games – third-person hack’n’slash action games. Six indie developers are actually collaborating with Suda51 to help develop the game, which explains the presence of Hotline Miami in the trailer. The plot will have Travis jumping between various indie game worlds, and that just sounds amazing.

Whatever the other indie games are, we hope they fit as well as Hotline Miami does. Travis is totally the type to play a hyper violent video game like Hotline Miami, and we can’t wait to see how he’ll do inside these worlds. Suda51’s style of humor plus the creativity of various indie games? Sign us up!

No More Heroes: Travis Strikes Again doesn’t have a release schedule yet, so stay tuned!