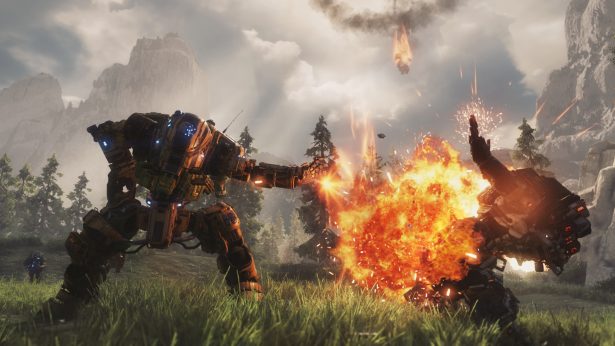 Throughout the launch of big triple A shooters, Titanfall 2 quietly but calmly continues to trek on! The next major content update is coming December 19 and it’s officially called “Operation Endeavor”.

The first bit of news is for the cosmetics fanatics. Six guns are getting all-new Elite Warpaint skins and they are the Double Take, Cold War, DMR, R-201, R-97, and the G2. Individually these skins will run you $4.99 USD or you can get all six in a bundle for $19.99 USD.

In addition to this there will be two new holiday banners to spread the cheer around! The “Before Grapple” banner is our personal favorite because of how goofy it is, but Sleigher is pretty awesome looking too.

Now onto the gameplay changes. Five new featured modes are coming and they are:

Finally, the Grapple ability has been reverted back so that it has two charges again. The original intent was to get players to use the other tactical abilities because Grapple is currently the most used one. They felt that this was the wrong way to go about things, so the Grapple ability has been restored to its former glory! The G2 battle rifle now has an upward drift as it fires, but this only happens on the console version of the game.

That’s all for Operation Endeavor! Remember, the patch drops next week on December 19.