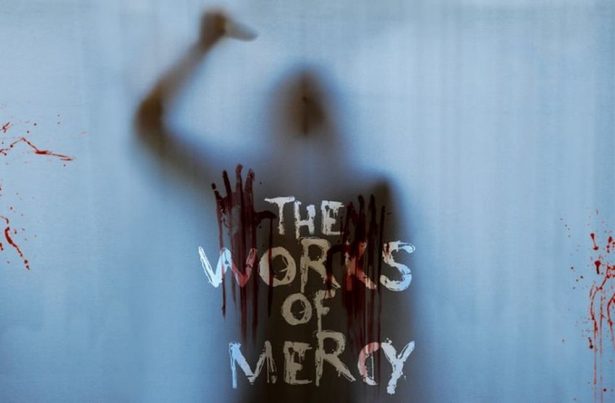 Ever since F.E.A.R. hit the PCs aeons ago, I knew one thing: any game that has horror elements or better said “jump off your seat” scares is not for me. I end up screaming like a little girl and my heart beats faster than it should. Not pleasant.

Still, I decided to give The Works of Mercy a try. It’s described as a psychological thriller and I knew deep inside that this means “horror,” but I was drawn into the game by its description. I mean, it does have a unique story and seems to push the limits of normality and morality to a brand new level. So why not give it a try?

The story – without spoiling much of it, since it’s the most important thing in The Works of Mercy – is that somebody has kidnapped your family and gives you some morally questionable tasks (read: kill people) in order to keep them alive. It’s a bit horror movie “Saw,” a bit “never saw this before” and a bit “saw it in my darkest dreams, actually!” So whoever decided to go live with this deserves a medal for courage!

Unfortunately, despite such an original (or at least interesting) idea to start the game with, The Works of Mercy doesn’t really manage to deliver and rise up to the high expectations. The execution is unfortunately poor and even though it does start really strong with that first call you’re going to get – and actually turns gory really soon, it starts to drag a bit afterwards and only manages to gain some bonus points all the way to the end. 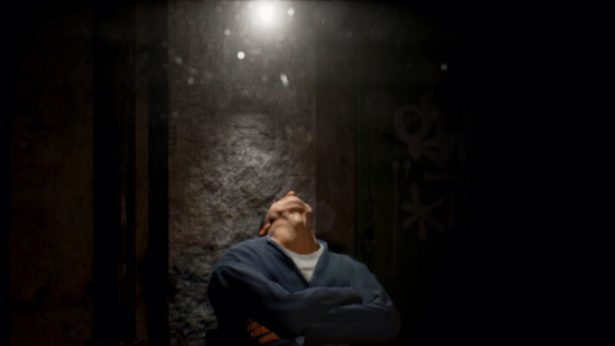 Fortunately for me, the game isn’t really a horror title – at least not in terms of jump scares. It is extremely tense at all times and you feel the pressure from every direction: the game’s concept, the spooky works of art in your player’s house, the music, the darkness… everything is there to set the right mood, without actually being extremely scary. That’s a great accomplishment for sure.

In terms of gameplay, you don’t have a lot to deal with. You’re following a fairly linear story with multiple choices, but all leading to the same demise. I have actually restarted the game and made some different choices only to find out that all goes to the same inevitable ending. So the options you have to choose from don’t necessarily influence the game as much as it proves what kind of in-game character you are. Your choices. Not real life. 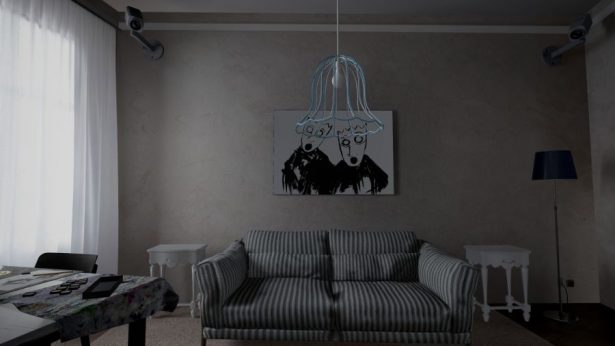 That’s a good thing, because I decided to play the desperate husband and father who would do anything to keep his family safe. Even though I realized soon enough that I’m not the sanest person in the world and killing others is not the answer. Whatever.

The Works of Mercy is also very short – which is a good thing, because you don’t have the option to save your progress or go back in time to make different choices. You want to try something else, you have to restart the game and go through the same scenes over and over again, which is sometimes a bit of a drag on the first try, let alone the second or the third.

The biggest problem with the game is that there’s no quest log. If you don’t listen carefully to the instructions you receive once, you might be doomed. I, for example, didn’t really pay attention at a certain moment when instructions regarding a specific hammer drill were given and I had no idea what was expected of me. Not pleasant walking around aimlessly in a dark house, not knowing what you must do next, even though it’s a really small house, after all. 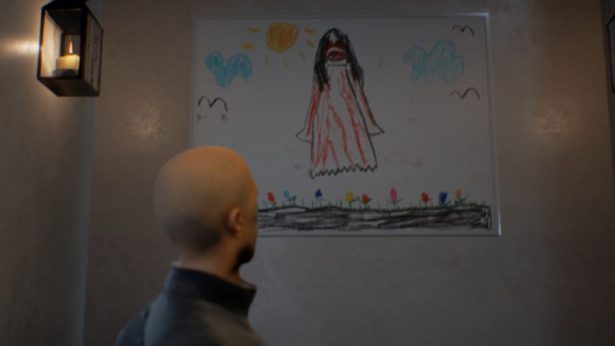 But all in all, the game wasn’t really bad. It wasn’t great either and it would’ve been a lot worse if it wasn’t for its ending.

It is indeed a psychological thriller that sets the mood right and keeps you busy for most of the time – but also ends up being a bit boring every now and then. The writing is not brilliant, unfortunately – and writing matters a lot when dealing with this type of games, but at least the music and the effects make up for that.

In conclusion, if you’re looking for a short adventure game that makes you think twice before making some truly questionable decisions, with some really good parts and an ending that really spooks you, you should give it a try. It’s not a bad game, but it starts so strong and has such an interesting premise that you end up a bit disappointed that it doesn’t offer more.

The Works of Mercy is available for download on Steam.