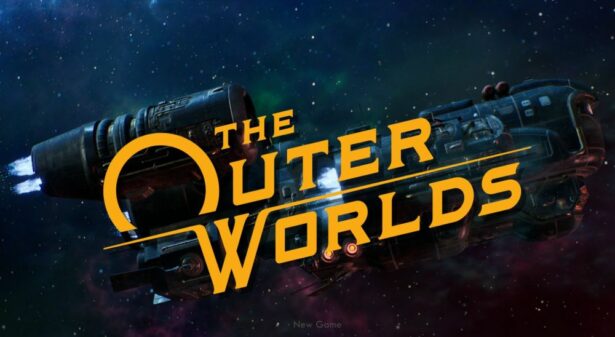 This means that we will check out a list of the said weapons, find out what each of them does and learn how to get them all. This will help you decide if you should stick with one of the best weapons in the game or use a science weapon instead.

So without further ado, let’s learn everything there is to be known about the five Science Weapons in The Outer Worlds!

We have already talked about it in depth in a previous article, but we’ll do it once more to keep things organized.

The Shrink Ray is probably the easiest Science weapon that you can get and most likely the first one you’ll get your hands on.

In order to get it, all you have to do is visit Phineas Welles’ ship: the weapon will be to the right side of him, impossible to miss.

The Shrink Ray is an interesting little weapon that uses Energy ammunition and shoots a continuous ray at targets, dealing some damage and shrinking them, therefore reducing their armor and dealt damage.

The weapon itself – like most Science Weapons – is not necessarily useful for its massive destructive value, but as a fun way to get past some enemies early on in the game.

It doesn’t have a solid range and doesn’t deal a ton of damage, so it’s not insanely useful after all.

This is probably the second Science Weapon you will get – and also one that’s really easy to get your hands on early on in the game. As the name suggests, we’re talking about a melee weapon here.

In order to get the Prismatic Hammer, all you have to do is visit the Groundbreaker and speak to Gladys (you will also meet her as part of a mission, so no need to hurry there otherwise).

You will actually have to trade with her and but the Mardet datapad, which will unlock a new location on the Groundbreaker – visit it to get the Prismatic Hammer (there will be some fighting involved, but nothing too difficult).

Getting to the place requires some out of the box thinking and a lot of exploring: don’t go straight to the marker on the map, as there’s a different route you need to take!

Instead, head back towards the entrance of the Groundbreaker, and when you see the large 13 marker on a wall, turn right – there you will find a room with tons of bunk beds.

As soon as you enter that room, turn left and go up the crates and above the bunk beds, then crouch to enter that tiny space.

Some outlaws will be there – take them out, loot them to get the Key card for the room to the right, enter the room and the hammer is yours!

The Prismatic Hammer itself is a pretty impressive melee weapon that deals multiple types of damage (based on your science skill) and even hits targets from a distance. Pretty fun!

Another Science Weapon that you’ll get through by purchasing a data pad from Gladys – this time the Mining Archive Cartridge.

In order to find this Science Weapon, you will have to travel to Scylla and go to the derelict building there to pick it up. You’ll have to fight a bunch of enemies, but otherwise everything’s pretty straightforward here.

The Mandibular Rearranger itself is a melee weapon that deals physical damage, but also inflicts two effects on your enemies: stagger and freeze, making it easier for you to take out your opponents.

This is a really fun weapon to have around and you’ll get to it, most likely, during the Errors Unseen quest that you get on Monarch.

Either way, you will have to travel to the UDL Lab on Monarch during that quest line or afterwards, take out the enemies in the lab first, then go at the second level to grab that UDL Lab Key cards.

Come back to the lab itself and use the card to unlock the terminal (you can do it without the card if your hacking skill is 97). There, you either hack the terminal if you have 55 hack skill, or answer some questions.

The correct answers are the silliest: Protect the Chairman, Berate him and Arrest you Spouse and children.

As soon as you answer the three questions correctly, you will unlock the Gloop Gun and it’s yours for the taking.

Now, the gun itself is really fun to use: it floats enemies in the air, dealing splash shock damage (affecting multiple targets) and it’s a pretty solid weapon damage-wise as well. Really fun one to have around!

This will probably be the final Science Weapon that you’ll get, and it’s one that you will also find while on Monarch.

You will first have to go to the Fallbrook settlement and talk to Duncan at the Dry Goods store there. Trade with him and purchase the SubLight Datapad, then go over to Cascadia to find the final weapon.

You will have to travel to the Abandoned Factory there. The easiest way to get to the place is during the Space-Crime Continuum mission, which will take you all the way to the gun itself.

When you are in the Rizzo Secret Laboratory, before Siphoning the Gas, simply go to the right of the terminal and find that opening in the wall.

Jump over, get up the stairs, jump over again and climb the new stairs and you will find the Mind Control Ray Gun there.

The weapon itself is really interesting and, as its name suggests, turns opponents into allies for a short period of time. Pretty cool to see the Mantiqueen turning against her own!

What is the best science weapon in The Outer Worlds?

Even though the Science Weapons are not the most powerful weapons in the game, they are fun to have around and very easy to use.

Some are more useful than others, but I believe that you could put each of them to good use in different situations.

But if I were to pick one as the best Science Gun in the game… I couldn’t. Instead, I would pick two: the Gloop Gun because it deals decent damage and floats enemies, making them fun to take out, as well as the Prismatic Hammer, which becomes the best melee weapon in the game once you get it.

And this would be all about Science Weapons in The Outer Worlds. We’ll have separate (and much more in depth) guides to each of them – especially on how to get them easily, but until then if you have questions or anything to add, feel free to do so by commenting below.