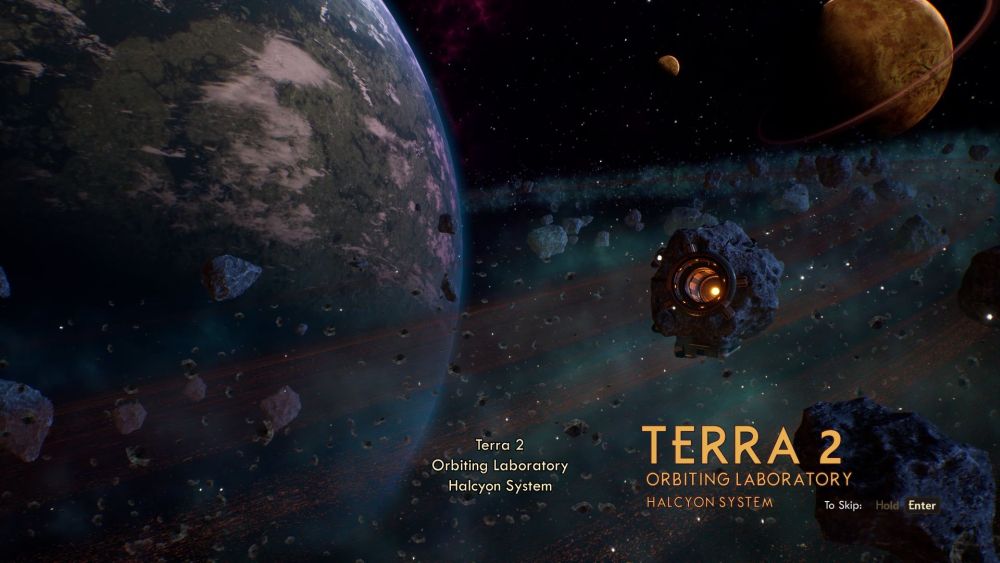 The Outer Worlds introduces an interesting concept which unfortunately sounds a lot more spectacular than it really is: the Holographic Shroud aka turning yourself into a Hologram to access Restricted Areas.

In today’s article, we’re going to talk about everything related to using holograms / the Holographic Shroud in The Outer Worlds and everything you need to know about accessing the different Restricted Areas in the game.

What is the Holographic Shroud and where to find it?

You will unlock this device early on in the game, during the mission called “Passage to Anywhere”. You will easily find it on The Unreliable (your ship) in the Captain’s quarters.

Have in mind that after picking it up, you won’t “equip” it (like the Pip Boy in Fallout, for example) and it will always be in your inventory – but not in the Weapons section, since it’s not a weapon per se.

When you first hear about turning yourself and your party members into holograms, you instantly think about Star Trek and their holodeck or whatever impressive features… but unfortunately the execution of the Holographic Shroud is disappointing.

With it equipped, if you have the required ID Cartridge, which is usually found nearby the Restricted Area you want to access, you can enter the said Restricted Area and explore it freely until your holographic timer expires.

You will never see or feel any difference – just enter the Restricted Area and that’s it. As long as you have picked up the ID Cartridge, you can enter the area and explore.

There is a catch when using holograms in The Outer Worlds: the more you move, the more you use up of the hologram’s energy and once it drains, you will have to go through an interrogation in order to extend it (or be shot at).

These interrogations become more and more difficult as you go through them, so it’s best to try to avoid getting there.

One interesting thing to know about the Holographic Shroud is that it will reset if you leave the restricted area.

Therefore, if you want to avoid getting caught, simply go in and out multiple times, until you know exactly where you have to go.

Basically, this gives you infinite time to explore each area, without the risk of being caught and having to go through the questioning process.

This won’t always work – as the later stages of the game require you to travel a lot in the Restricted Areas, but it does help a lot in most situations. Just keep an eye on the meter at the bottom and exit the restricted area when it runs low, in order to reset it and start over.

Another tip that I would like to share is saving your progress. At one point, I was certain that I had the required ID Cartridge to enter a specific Restricted Area, but I didn’t.

As a result, as soon as I walked in, all soldiers present there started shooting at me: which was something I didn’t want to do, but I hadn’t saved the game for a long time.

So take my mistake as a lesson and always save your game before getting into a restricted area. It makes everything a lot easier and gives you more options in case something goes wrong.

And this would be all that we have on the Holographic Shroud in The Outer Worlds for now.

A feature that sounds interesting at first, but proves to be really disappointing in its execution – or lack of it, actually.

However, it’s extremely useful so make sure to take advantage of it and explore all restricted areas in the game.

These areas will hold all sorts of secrets and goodies and are, in some occasions, required to be explored if you want to complete a mission or an optional quest.

Finding the ID Cartridges will prove to be a bit more difficult later on – but the game is built in such a way that these cartridges will usually be close by, so if you’re having a hard time finding one, simply explore the surrounding areas and you will most likely find them sooner rather than later.

Is there anything extra that you’d like to know about Holograms and how to use them in the game? Let us know by sharing your comments below.