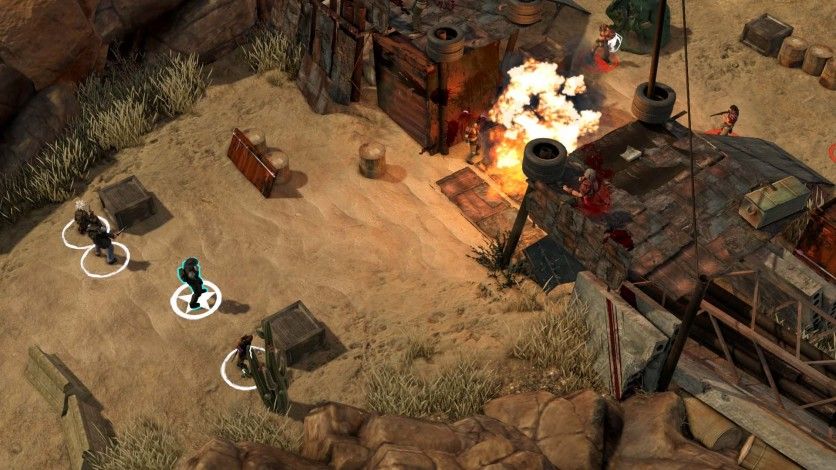 The latest bundle available over at the Humble Store – the Humble Unity Bundle – is here to tickle your pleasure spot if you’re a gamer and wannabe developer at the same time. I say that because it mixes and balanced a nice offering of great games AND a library of resources for game developers.

Even if you get it for the games alone – as I do, since my game development skills are similar to a 3 years old’s sketching abilities, you still have great deal. Awesome games are included in each of the traditional 3 tiers available, as follows:

– If you pay just $1, you get Oxenfree and AER Memories of Old
– If you pay more than the average ($11.41), you also get the amazing Wasteland 2: Director’s Cut, The Final Station and Last Day of June.
– Finally, if you are ready to spend $15 or more, you also get two more awesome games: Torment: Tides of Numenera and Shadow Tactics: Blades of the Shogun.

However, as I told you a bit earlier, you get the real deal here if you’re also a game developer – just starting up or with some experience under your below. That’s because each tier offers a library of resources, content packs and tutorials to help make your life as a games developer a lot easier.

For example, you get Universal Sound FX (over 5,000 sound effects), the Heroic Fantasy Creatures Full Pack Volume 1 (normally costs $349), Inventory Pro, UFPS and uMMORPG for those looking at specific niches, and much more…

You also get the complete course Discover Unity Game Development – From Zero to 12 Games from Zenva academy, normally sold at $600. This will teach you everything you need to know about creating your own games and putting all those packs you get in this bundle to good use.

So, in the end, this is clearly a bundle that’s more suitable for those who are looking to at least give it a go in terms of game development with the Unity engine. But even if you’re looking for some new games, you’re still getting a nice discount if you purchase the top tier bundle.

It’s up for you to decide, but don’t waste too much time thinking as this new Humble Unity Bundle won’t be here forever!