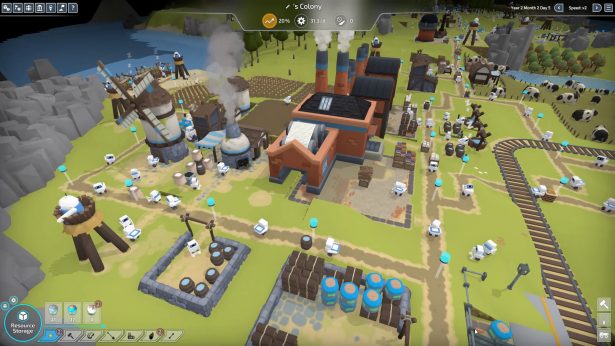 When it comes to city building sims, I am the first one to jump aboard. They offer a more casual gameplay experience than most other games out there, meaning that I can play them at my own pace. And since time when you’re married and have children (a situation I find myself in) is not always on your side… city building sims is what I play the most nowadays!

The Colonists is the latest game that drew my attention since it featured some cutesy robots instead of the traditional settlers looking for a home. Apart from that, it still looked like the regular city building game, which isn’t bad at all because – hey, that’s what I wanted to play. So I had to buy it and give it a try. Now read on for my complete review of the game!

Created by one-man studio Codebyfire, The Colonists puts you in charge of a team of robots who have fled earth looking for greener pastures where they can develop their own civilization, without the constant control that us, humans, tend to impose on every living being – be it sentient or not (or even living or not). 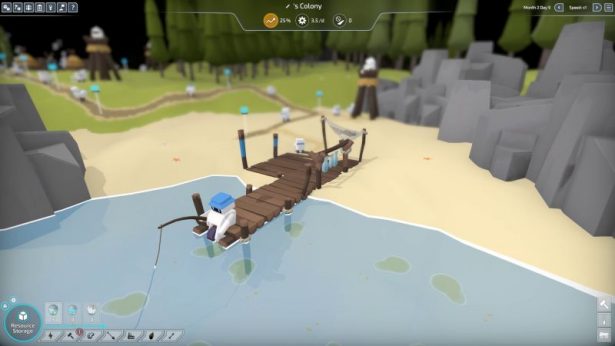 This different approach, however, doesn’t fully develop into anything new. You still have to build houses for your robots, you need to build woodcutters and fishermen huts and all the things you normally build in a city sim with humans… just that in this case, it doesn’t make much sense. I mean… why do these robots need fish and alcohol and everything else that regular humans do? Why go the robots route if you don’t bring anything new to the table?

Despite this minor problem, though, the game is pretty much enjoyable if you like playing city building sims. You will start small and expand quickly, building new structures and researching other more advanced buildings, keeping your robots happy and micromanaging resource consumption and production. In this area, there’s no real novelty factor, but you do have a decent amount of buildings to create and upgrades to unlock not to get bored, plus enough nuts and bolts in between to keep you busy and under constant pressure. 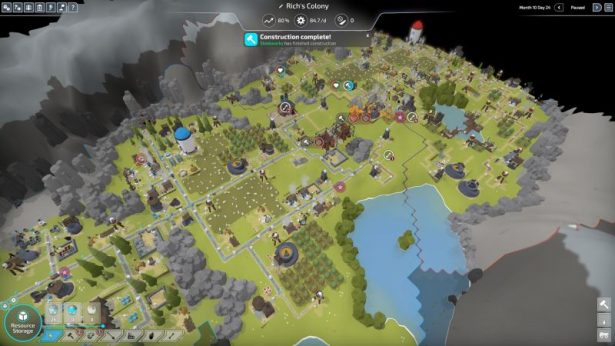 What I liked the most about The Colonists – and something that really ups its longevity and entertainment factor – is the fact that instead of the regular free to play form games that city builders usually throw at you, this one is structured on missions. Of course, you still have the option to keep on playing after meeting the requirements, but you will probably just move on and see what the new challenges are.

Combine this approach with carefully designed levels in order to provide some extra difficulty and you have a game that manages to keep you entertained for longer than others do, despite the repetitive nature of the genre. A great find by the developer and something that really works!

Now, my biggest problem with the game is that it can still fail miserably when you least expect it to. In my case, it was towards the end of the third mission when, for some reason, my roads and carrier robots stopped working as they should and everything got stuck since a Road Post – the place where resources are stored for transport decided to stop working.

Sure, this happened because I didn’t really check the numbers and ended up consuming all my stone – as well as deposits – without building a stone mine (that provides unlimited amounts of this resource) before that. When I finally started doing this, I didn’t have enough Level 2 energy which, for some reason, was decided to be brought in from two islands away instead of the level 2 residence near the mine.

And somehow, the 4 barrels of level 2 energy in my game got stuck on a resource point near the harbor, blocking everything and making my game impossible to complete. I tried everything: from deleting the harbor and building a new one, to removing some roads, then building new structures and even trying to build a mine on the new island and changing priorities… nothing worked. The only option was to restart – but when such an unpredictable bug hits you towards the end of a level, you are not happy.

Of course, this kind of problem will rarely occur for most players if you manage your resources right – but if you’re dumb like me or if you’re unlucky like I was for a harbor to stop functioning or a robot to refuse collecting the resources it was supposed to (or whatever happened), that could happen. And it’s not nice when it does happen.

Fortunately, this was the only problem I stumbled upon during the time I have spent playing The Colonists. 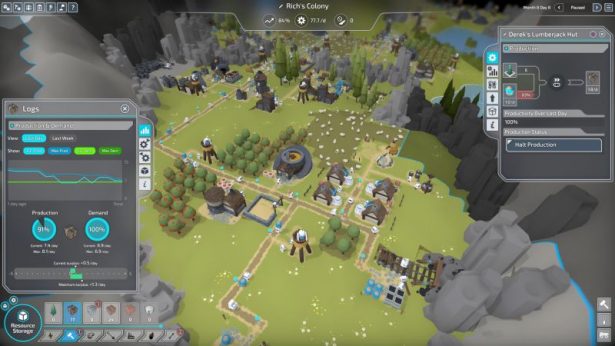 Apart from that and despite the fact that there’s nothing really new brought in by this game, it still provides a decent experience and can be considered a true achievement since it has been created by a single person. However, I am looking at the final product and how much it entertains me and The Colonists falls a bit short.

Despite featuring those cutesy robots and an interesting premise, it lacks that spark that really turns on the “Wow” fire. Sure, it does everything right and even gives you more incentives to play due to its mission-based structure, but it also lacks the aforementioned wow factor.

The Colonists is not a bad game. It’s a decent one that I had fun playing. Not the best in the genre, but not the worst either.

If you want to give it a try, the game is available on Steam.