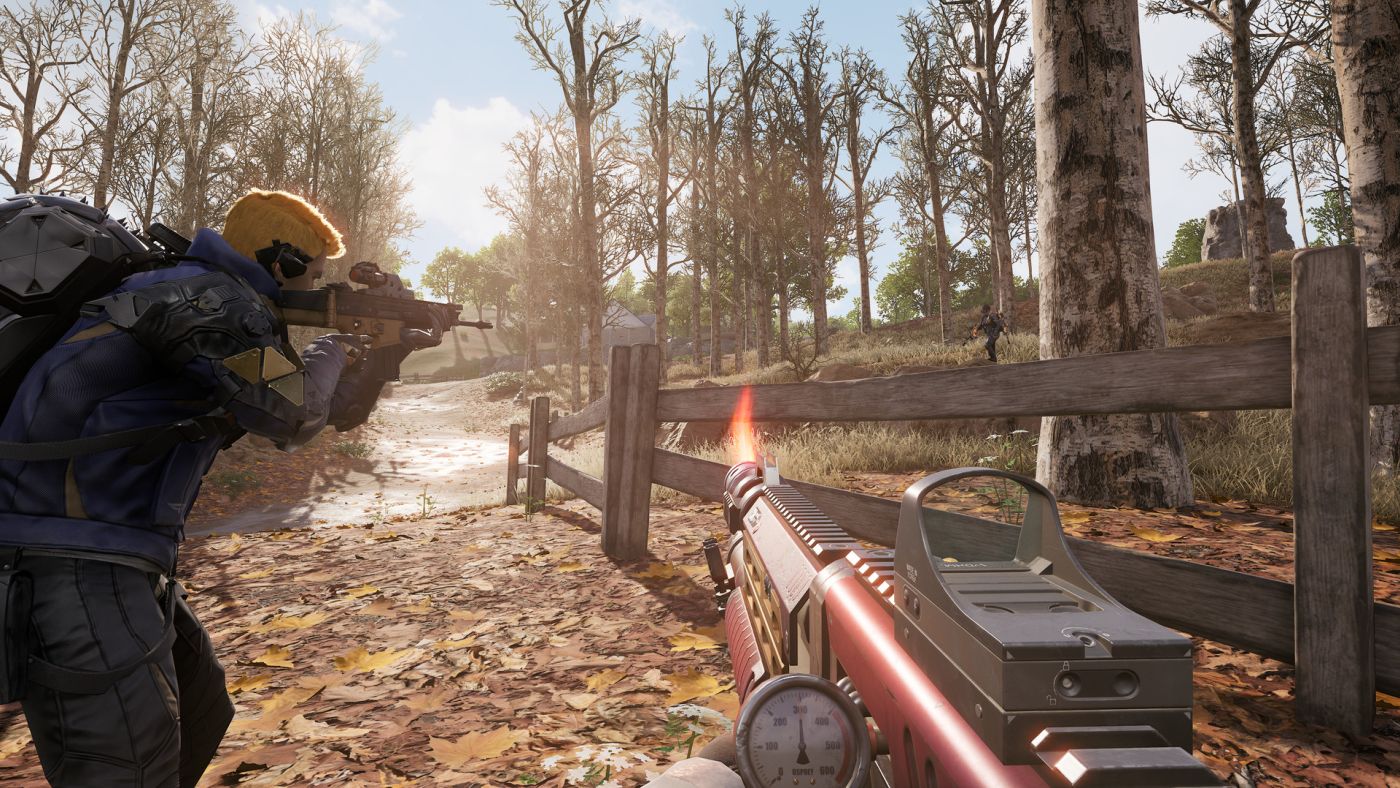 There is no general “best gun” in Super People. When choosing the ideal weapon for your character, you should also consider their class as some do better with a type of weapon which would become practically useless with a different class.

But worry not – I am here to save you a lot of trouble and time by sharing the best guns in Super People. I am also taking in account the available classes in the game, so that you can make the best possible choice.

While it is a lot easier to choose the best weapon in Star Ocean: The Divine Force, for example, since there aren’t as many elements to take into account, somebody has to do these rankings and I am ready to take on the task.

So without further ado, let’s check out the absolute best guns in Super People!

Let’s check all the best guns in the game, ranked from top to bottom. I’m only listing the top 8 weapons below, as this still gives you plenty of options to choose from.

This assault rifle is by far the best gun in Super People. It’s main advantage is the solid stability that allows you to aim flawlessly.

Even though it doesn’t deal as much damage per bullet as other weapons in the game, it has a decent firing rate which, combined with the increased stability, makes it a lethal weapon.

This is a mid-range weapon, perfect for almost any class in my opinion.

An in-game SMG that doesn’t get enough attention, in my opinion. It can be a real beast if you give it a chance and get used to playing it.

Even though it has one of the lowest damage per bullet in the game, it has a crazy high firing rate, which make it the best damage dealer PER second.

Sure, you won’t be able to hit an elephant with it if it’s too far away, but for low range and even a bit of mid range combat, it’s a perfect weapon. Just give it a try – you’ll see that it’s better than other SMGs out there!

If you’re the Lone Wolf McQuade type of player and you want to Chuck Norris your way through the game, then this might be the best option for you.

It’s another assault rifle that isn’t getting enough attention, in my opinion. But it is lethal and perfect for individual players.

It has a good range and deals plenty of damage both per second and per bullet (close the Vector’s stats), but it is also a lot steadier and easier to aim. A good overall weapon for sure!

I have to admit that I am not a massive fan of shotguns, but if I had to choose one to equip, it would be the SA-12K.

It deals solid damage up close and it has a slight advantage other other shotguns because it is automatic and not pump action.

Still, with a magazine capacity of 5 shots, it’s not the best weapon in the game. But for a Shotgun Master, it is surely the best choice.

If you’re a sniper type of player and you don’t like to get too up close and personal with your enemies, then the SKS is your best choice. The best long-ranged weapon in Super People.

Despite the big advantage of being able get headshots from a huge distance, it is a much slower weapon with only 10 bullet capacity. It’s also pretty much useless in close combat situations.

But then again, we’re looking at the best long-ranged weapon in the game and as long as you manage to keep your distance from the enemies, you can turn it into a lethal gun.

A really strong assault rifle that can become a one-shot one-kill type of weapon. Great range, great damage, it is really a meta weapon in Super People.

People are currently binding the mouse wheel to shoot, which takes advantage of the weapon’s amazing fire rate, but this could also get you banned so it’s risky.

Either way, the G3 is clearly one of the best weapons in the game.

This is one fan favorite, I would say, even though I haven’t had too much success with it.

But it has a huge clip capacity and it’s really easy to handle, which makes it indeed a good choice. However, just for close combat, as this SMG has a really short range and is practically useless in mid to long range combat.

Another solid choice for those looking to play the Sniper role, the KAR98K is a bit more difficult to play than the SKS.

Yes, it does plenty of damage and is great as long as you manage to stay hidden… but just then. If you start moving, or are in a more fast-paced action situation, it loses its advantage.

I’ve seen players making a killing with it, though – and I mean that quite literally. So it’s a good choice for sure. But not my favorite.

Speaking of favorites, make sure to check out the previous article where we’ve talked about the Brotato Tier list.

If you start playing Super People, the best overall weapon is definitely the M416S. You can’t go wrong choosing it with almost any in-game class.

You can specialize further later on in the game (and still use the M416S), or go for the more short-ranged or higher ranged options available. Or go for a crazy combo like Teleporter – G3 which is really OP at the moment.

Now you know which are the best guns in Super People. If you have other favorites, don’t hesitate to let us all know by sharing your thoughts in the comments section below.