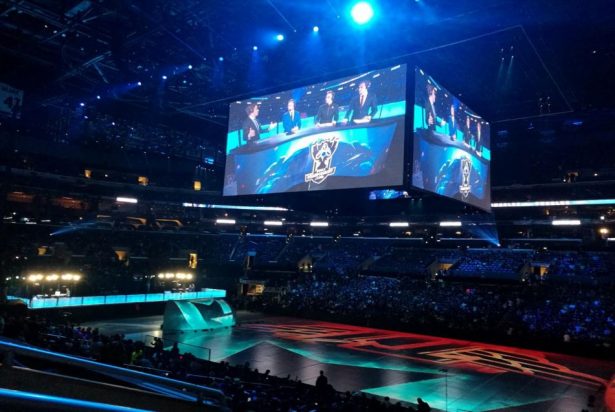 Not too long ago mobile esports was a concept not much appreciated by many gamers with the majority opting for extensive PC esports that was herald as the conventional means of gaming. Fast forward a few years down the line though and the tables have turned dramatically with mobile varieties now having the big boys sweating to keep up with the pace.

On that note, today we take out our crystal ball in an attempt to see what the future holds for mobile esports.

As of 2017, 42% of the overall gaming profit pie was taken by mobile gaming and figures from Newzoo indicate that that share is set to increase courtesy of a predicted jump in profits from $ 46.1 billion to a whopping $ 64.9 billion by 2020. This expected increase has been attributed to the upcoming generation who get their gaming fix from mobile platforms compared to the older generation gamers who were weaned on gaming consoles and PCs. Besides, the popular online casinos in South Africa are moving to the mobile version to attract more customers.

2) Free games will no longer be free

There are very many playable free esports games on the interwebs available across a variety of platforms for handheld devices but these free-to-play games are set to be monetized within the next few years. Currently, you can play titles such as “Contest of Champions” at no cost but with time the increasing complexity of gameplay will mean ads alone will no longer suffice. Nonetheless, there are a number of games that will remain fully-free-to-play but they’ll probably move to an in-currency gaming system called gacha. This system rewards players who clock long hours with virtual currency to unlock new items, stages and characters.

3) More mobile games are going to adopt VR and AR

The entry into the market of the much-anticipated Oculus Rift and HTC vive took things up a notch with this technology tickling the taste buds of many avid gamers. These platforms come at a hefty cost though and this is where mobile VR has proved extremely appealing with it offering a similar experience but at just a fraction of the cost. Mobile esports favourites such as Pokémon Go showed the huge potential of virtual and augmented reality and presently there are designs in the pipeline to incorporate this immersive functionality into upcoming sequels of popular brands.

Gone are the days when mobile games were only a single-player pastime with emerging games now a social haven to connect players around the globe through comprehensive online multiplayer modes. Leaderboard tournaments such as those synonymous with the Candy Crush trilogy will not cut it in the near future and we are bound to see more real-time versus mode affairs with new releases.

5) Old brands are certain to make a comeback

At the moment, there are only a handful of notable brands that have forged their reputation from scratch and going by the looks of releases such as “Super Mario Run” and “Pokémon Go”, future games are bound to carry on the flag of the popular games of yesteryears. So we are likely to see a couple of 90s games make a comeback and molded by other brands.

Mobile Esports have long had to play second fiddle to PC and console alternatives, but the landscape is shifting with the power scale slowly tilting towards mobile gaming platforms thanks to their accessibility and convenience. So brace yourself gamers, we’re in for a treat!