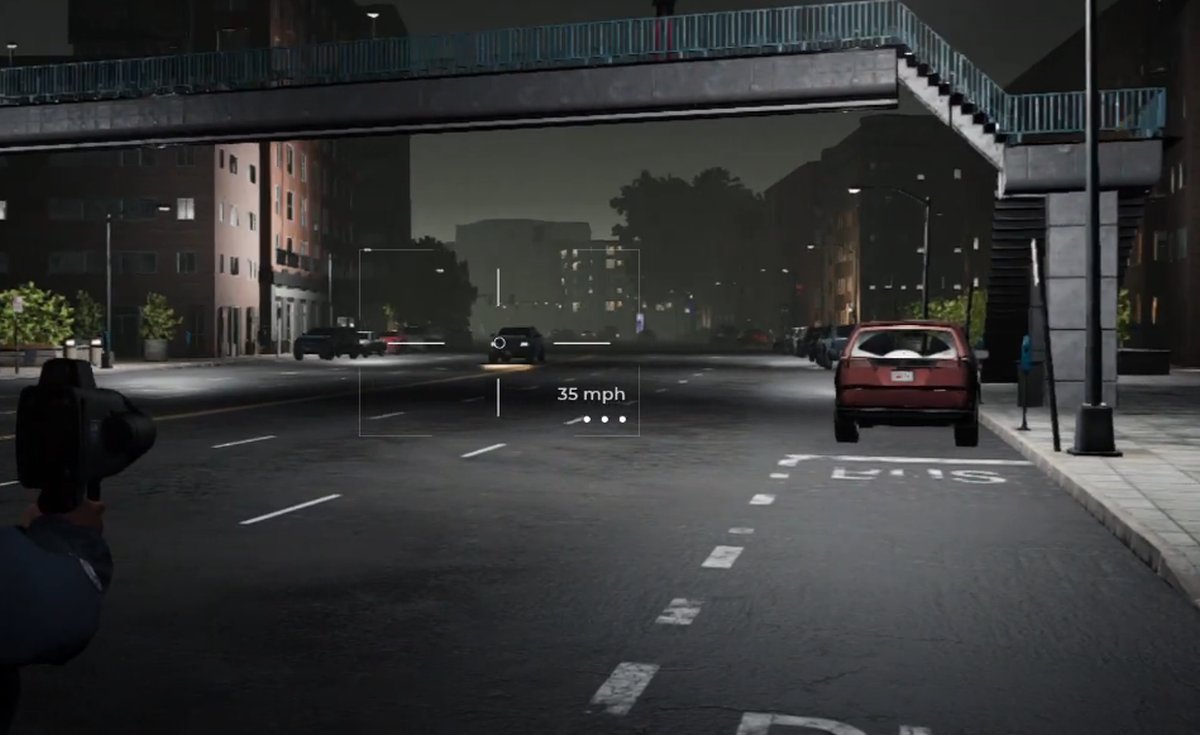 Among all the achievements in Police Simulator: Patrol Officers, the “It’s not a Race” achievement is one of the more difficult and lengthier ones to complete; but, if done right, it’s equally rewarding as well!

The achievement will earn you a whopping 75 Gamescore, which is one of the highest points achievable in the game.

So, are you interested to know how you can add this reward to your list of achievements easily and quickly?

Police Simulator: Patrol Officers: How to get “It’s Not a Race” Achievement Fast

You’ll be tasked with correctly catching and reporting a total of 100 speeding vehicles over the span of your career.

Now, if you spend a lot of time in the traffic, the achievement will probably be completed automatically as you progress further in the game. But, how do you obtain it fast? That’s our focus today!

The trick is to choose a lane or street with a lower speed limit but with fast-moving vehicles. And, the perfect location for that is the one-way street at Melting Pot, between North Point and Chester.

The North Point district should already be accessible for you, if you’ve completed the initial objectives in the game.

You’ll need a Radar Gun for this objective as well. If you don’t own one already, it can be earned at the Melting Pot by getting your duty stars to 2.

Face your character towards the vehicles moving into the one-way traffic and keep your Radar Gun ready to scan each vehicle.

Most vehicles will be driving at speeds above the speed limit when they’re moving into the street, and that’s your golden chance to report the vehicle. The speed limit for this particular street is 15 mph.

You’ll have around 20-25 minutes for a single shift to catch as many cars speeding as possible. 20 minutes is the allotted time but you may be allowed an additional 5 minutes sometimes.

This achievement isn’t obtainable in just one shift. But, grinding hard for a few shifts will definitely get you there. This street has a frequent case of speeding too, so that should help your cause!

Furthermore, to boost the number of vehicles you report each shift, efficiency is key.

Scanning cars near the sidewalk or cars slowing down as they approach the intersection aren’t worth it, since these will be within the speed limit while moving into the one-way street.

If you’re solely focusing on this objective, then try to engage less with jaywalking and parking offences during the shift.

This location is one of the best ones in the game to quickly get the “It’s not a Race” achievement.

But, if you found another lane or street with similar features and easily-catchable speeding vehicles, then combining them both will help you get your hands on this achievement even faster.

Acting and taking actions like a police office in the traffic feels pretty great, thanks to the realistic touch provided by Police Simulator: Patrol Officers.

The interesting achievements, like “It’s not a Race”, make the game all the more exciting and challenging. This particular achievement shouldn’t put you through too much trouble, but do make sure to grind hard enough if you want to get it fast.