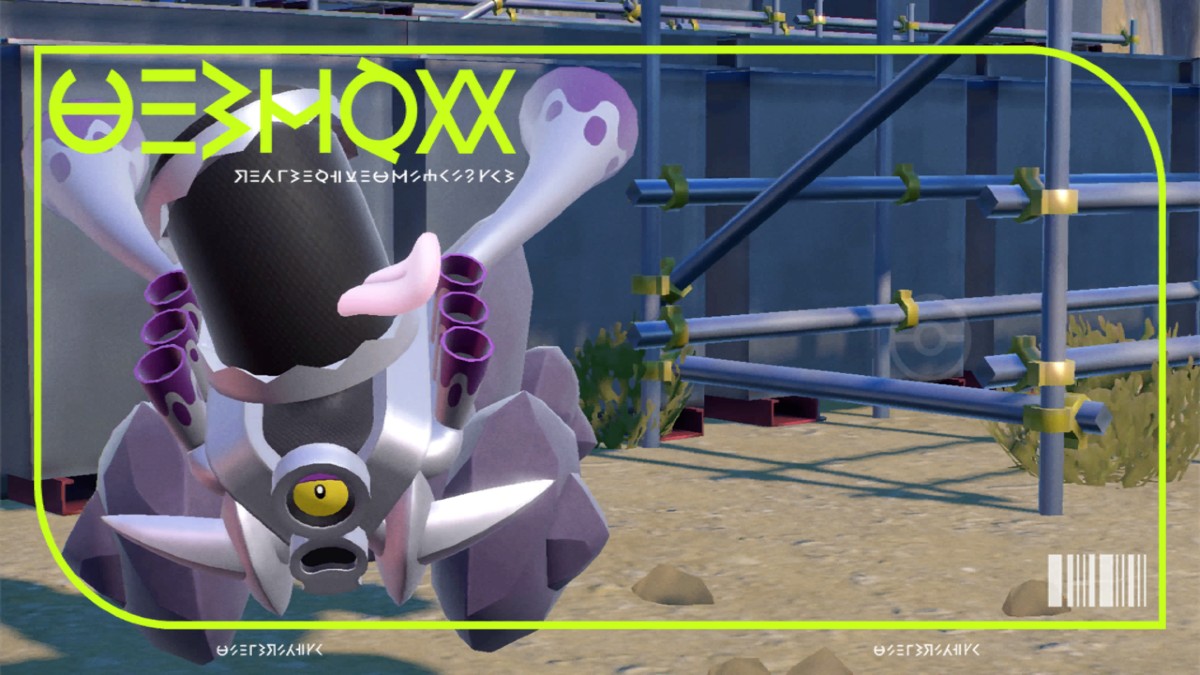 While going through the Starfall Street of Pokemon Scarlet and Violet, the customized Revavrooms will be the ace pokemon on the leader’s team. In this guide, I will explain how to best counter them.

Aside from Team Star, regular trainers around the region can have Revavrooms in their teams. Here are the best Revavroom counters in Pokemon Scarlet and Violet.

Giacomo is the leader of the Dark Team Star, and his personal Revavroom is tuned into a pure Dark-type pokemon with the ability Intimidate.

Intimidate lowers the opposing pokemon’s attack. It is a difficult ability to overcome with just one pokemon, and if your counter to the Dark-type Revavroom is a physical attacker be sure to switch them out beforehand.

This pure Dark-type Revavroom is weak to three types. The Bug-type, the Fighting-type, and the Fairy-type.

For those of you that chose the water starter Quaxly, upon its first evolution to Quaxwell, at level 19 it will learn Low Sweep another good Fighting-type move.

Mela is the leader of the Fire Team Star, and her personal Revavroom is tuned into a pure Fire-type pokemon with the ability Speed Boost.

Speed Boost raises the Speed stat by one stage every turn. Making the otherwise slow Revavroom, into a speedy powerhouse.

If this fight takes too long you may find yourself taking way too much damage, before even making your move.

This pure Fire-type Revavroom is weak to three types. The Rock-type, the Ground-type, and the Water-type.

Once again the Water starter will outshine the other two, giving you a type advantage in this fight.

For people who picked the other starters, Psyduck, Wingull, Wiglett, or even Magikarp that evolves at level 20 in the terrifying Gyarados, are great choices found very early on in the game.

Atticus is the leader of the Poison Team Star, and his personal Revavroom is tuned into a pure Poison-type pokemon with the ability Poison Debris.

Poison Debris is an ability introduced in Generation 9. If the pokemon that has this ability is hit by a physical move, it will spread toxic spikes all over the opposing team.

Toxic spikes cause the pokemon sent out to be afflicted by the poison status. If two layers are on your side the poison status will be turned into the badly poisoned status and you will take more damage at the end of each turn.

This pure Poison-type Revavroom is weak to two types. The Psychic-type and the Ground-type. Dugtrio, Hypno, and the new pokemon Tinkatuff are great choices.

Tinkatuff is half Fairy-type which theoretically leaves you at a disadvantage, but its Steel-type grants you immunity to poison attacks.

My personal best counter to Revavroom is the eeveelution Espeon. It’s a strong special attacker, with high speed and most important of all, completely unbiased. It’s absolutely beautiful!

Ortega is the leader of the Fairy Team Star, and his personal Revavroom is tuned into a pure Fairy-type pokemon with the ability Misty Surge.

Misty Surge has the effect, that when a pokemon with it enters the battle, it will create the misty terrain effect. Misty terrain lasts for five turns and you need to be careful of two.

The first one makes it so that if a pokemon is on the ground or grounded, it can not be afflicted with a status condition, making your fight with this Revavroom tougher. You will be unable for five turns to utilize status to gain the upper hand.

The second is that Fairy-type moves gain a 50% power boost, and Revavroom knows Magical Torque, a fairy-type move with 100 power, 100% accuracy, and a chance to confuse.

This pure Fairy-type Revavroom is weak to two types. The Poison-type and the Steel-type.

Funnily enough, I would suggest the Revavroom available to players as a great option, being a Poison/Steel-type, or the powerful pokemon Dragalge that is Poison/Dragon.

Eri is the leader of the Fighting Team Star, and her personal Revavroom is tuned into a pure Fighting-type pokemon with the ability Stamina.

Stamina is an ability that raises the user’s defense by one stage per physical hit. Multi-hit moves can cause the effect of Stamina to activate multiple times.

This pure Fighting-type Revavroom is weak to three types. The Psychic-type, the Flying-type, and the Fairy-type.

Also, the Ghost-type has immunity to the Fighting-type. Ceruledge, Kilowattrel, and the fire starter final evolution Skeledirge are exceptional choices to use against it.

Revavroom in the Wild

When going against regular trainers with Revavroom in their teams, you won’t face the customizable ones Team Star has. You will be up against Revavrooms which are Steel/Poison types.

Try to exploit those weaknesses by using Ground-type pokemon or moves, but if the Ground-type is not to your preference, the Fire-type will be just as good.

In conclusion, Revavroom is a pokemon that players will come face to face with multiple times, and in many different forms. Use the knowledge this guide has given you to best adapt to the situation.

These were the best counters for Revavroom in pokemon Scarlet and Violet, and I hope you will be well-prepared in the future.

Let me know in the comments down below if you had any trouble facing Team Star, and if there were any other pokemon that were troublesome to deal with.