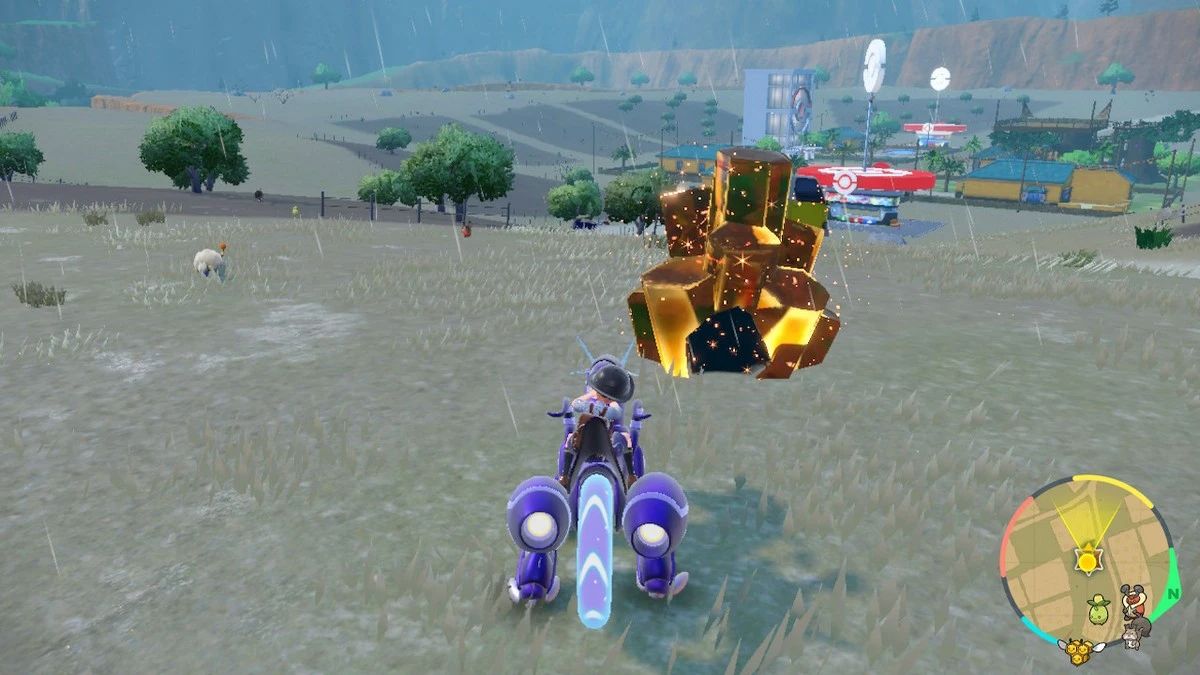 Tera raids are events in Pokemon Scarlet and Violet that can be found around the world when the player unlocks Terastallized Pokemon. This is done fairly early in the game and all players need to do is follow the main story.

Tera raids allow players to challenge wild Pokemon that have terastallized (changed their type). There are various difficulties in these raids, ranging from 1-star options to even 7-star ones.

While the one, two, and three-star raids are significantly easy, things do get harder on four, five, six, and seven-star ones.

Also, before hopping on a Tera raid, consider checking out our guide on the best new Pokemon introduced in Generation 9.

In this guide, I will explain how to find Tera raids in Pokemon Scarlet and Violet and how to start them in co-op mode.

How to Find a Tera Raid

After getting access to the Rottom phone and the Pokemon Portal, players will be able to join Tera Raids. These are found all around the world while exploring in the form of crystal chunks.

These raids have ranging difficulties based on the stars showcased below the Pokemon. In addition, the showcased Pokemon will have a different type compared to its ordinary one, as shown in the top right corner.

Also keep in mind that interacting with these crystals will yield you some League Points, based on the stars of the raid. For instance, a 1-star raid awards 500 LP, while a 2-star 700 LP.

Another option for finding Tera Raids is by using the Pokemon Portal and selecting the Tera Raid Battle option. From there, you can join other players online in a variety of Tera Raids.

How to Start a Tera Raid in co-op Mode

After locating a Tera Raid crystal, interact with it and select the first option ‘Challenge as a group’.

This option allows you to challenge the raid either online or locally. If you have friends around, use your Link Code and join the same lobby as them.

Otherwise, you can use the online option and either join your friends on a premade lobby, or join randomly matched teammates.

While these raids require 4 players, you can also choose to complete them solo. In this case, the game will match you with 3 AI teammates.

Also, when doing Tera Raids online, you can fight and catch Pokemon from both Scarlet and Violet, even if they are exclusive.

Tera Raids provide various rewards based on the difficulty of the raid. While the list is huge, here are some of the most notable rewards.

To sum up, that’s everything you need to know on how Tera Raids work and how to start them in co-op mode in Pokemon Scarlet and Violet.

Locate a raid crystal around the world or access it via the Pokemon Portal and then select ‘Challenge as a group’. And that’s all. You can either play them solo, with friends or with random people online.

With the raid Pokemon defeated, now you’re ready to catch it. Consider checking out our guide on how to get Dusk Balls in the game, one of the most efficient balls for catching wild Pokemon.

What do you think about co-op Tera Raids in Pokemon Scarlet and Violet? Have you completed any 5 or 6-star raids so far? Let us know in the comments below.