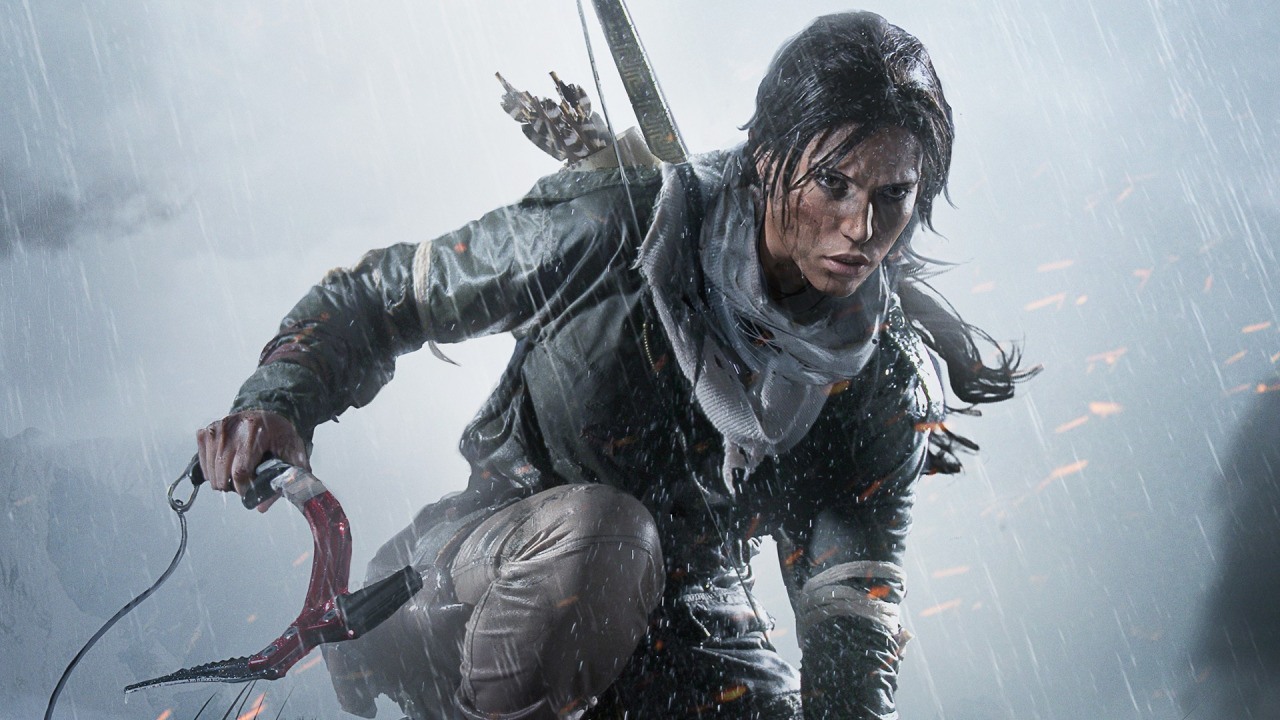 It’s that special time of the month again! No, not that time of the month – it’s the time when Humble Monthly subscribers finally get to unwrap their monthly presents! For October we’ve got Wargame Red Dragon, Furi, Rise of the Tomb Raider, Orwell, Seasons After Fall, The Shrouded Isle, and finally Scanner Sombre.

Wargame Red Dragon is a military strategy game in which you combine the forces of all seventeen united nations under one goal: wipe the enemy out! Wargame lets you choose and command over 1,000 units that have been painstakingly recreated as historically accurate as possible. Strike from land, sea, and air using a variety of tactics to ensure that your foe stays on their toes at all times.

Furi is a slick, fast-paced dual-stick shooter dripping with style. A man has been captured by a mysterious force, and he spends most of his days facing unrelenting torture. One day, an enigmatic figure frees him and hands him a sword and a gun, encouraging him to fight for his freedom. Thus, Furi begins! Furi features cut-throat boss fights that will test every reflex you’ve got. Perfect for action game lovers!

Rise of the Tomb Raider, as the name suggests, tells the story of Lara’s upbringing. Being the first to discover an ancient mystery detailing the Lost City of Kitezh, Lara has caught the unwanted attention of a dangerous organization known as Trinity. Help Lara discover the Lost City and its secrets before Trinity beats her to the punch!

Orwell is probably the most unique game out of the bunch. Taking place in a country called the Nation, the authoritarian government passes a bill that allows the government to spy on its citizens for national security concerns. As you can probably the guess, the title of the game is a direct reference to author George Orwell’s 1984. The player must then watch random citizen live their lives and report anything suspicious. But, as they say, every action has a consequence…

If all of the above is a bit too heavy for you, why not relax with Seasons After Fall? It’s a 2D puzzle game where you play as a fox that can manipulate seasons at will. Boasting a beautiful art style and a fantastic soundtrack, Seasons After Fall is the perfect game to get lost in.

In The Shrouded Isle, you play as a high priest in charge of a cult. Your god underneath the ocean is on the verge of awakening, so now you must prune out the heretics. In this simulation management game, you’ll need to think through every choice as you keep your cult together. Players must make difficult decisions such as choosing which aristocratic families to enlist, which to ignore, and even who to sacrifice to your beloved god.

Scanner Sombre is a first-person adventure game. Waking up in a cave with no recollection of the events before, you soon find a VR headset and a LIDAR scanner. Now that you’re able to light way using dots, you’ll uncover an ancient mystery that should have remained a secret.