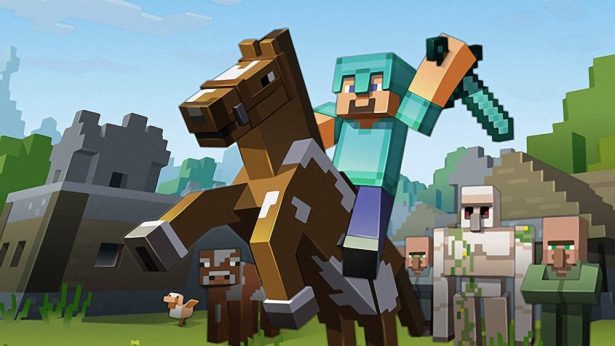 Minecraft is here to stay. Its simplistic art style works in its favor to create a timeless feel. The decision to refrain from implementing top of the line graphics that would become outdated has allowed Minecraft to retain its charm. The continued support and free updates for the game have allowed it to outlive many of its contemporaries.

The fact that the property was recently acquired by Microsoft at a significant price means that support is not likely to end anytime soon. Microsoft is determined to keep the game alive and progressing for as long as possible.

The most recent batch of updates is emblematic of this. The aquatic update will flesh out the long-neglected oceans of the game. That the game is being updated more than six years after its release is a testament to its staying power and presence in the public consciousness. The game has become a global cultural phenomenon that is now ingrained in the public consciousness. Years of updates have led to steady growth and have resulted in a massive and dedicated group of players.

The introduction of new blocks and creatures to the vast, as of yet largely unused, oceans of the game constitutes a significant expansion to the play of the game. The inclusion of new items to acquire and new monsters to fight expounds upon the possibilities available to the player in the vast sandbox that is presented to them. It is the dedication of the developers who continue to release these free updates years after the initial release of the game that continues to reinvigorate the game and prevent it from becoming static anytime soon.

This dedication is what makes the game such an enduring title and its purchase considered such good value. The constant additions made by the development team mean that in terms of hours of entertainment gained from it, there are few rivals in terms of value.
The forthcoming introduction of cross-platform play is a move that is likely to reinvigorate the game and its player base. People who were once unable to join one another’s multiplayer games will be picking the game back up again to play with friends who have the game on different platforms.

The expansion of the social aspect of the game is significant and has the potential to draw in a far greater audience than ever before due to its ability to connect across the previously strongly divided platforms. This unification of game clients looks to be only the first step in the continued development of the game now that it is a Microsoft property.

The unification of the game clients not only consolidates developer resources but also the communities of each of the platforms, into one that is centered around the game, one that transcends the frequent factionalism of the console wars. From this solid foundation, the game will continue to be supported and updated, to expand and grow and maintain its well-earned place in the sun.

Minecraft has carved out a niche for itself and filled it perfectly. Its simplistic art style and easy to learn mechanics make it timeless and accessible to children. It is because of these characteristics that it will not, unlike other games, be surpassed by more recent competition.

It is the core game-play that makes the game’s position so difficult to usurp. The game-play is its strength, not its graphics or engine. A newer game cannot supplant it simply by being shinier or made with newer technology. As a sandbox game that is simple enough to be played by children and with enough depth to entertain an adult, it fulfills its purpose completely.

Apex Minecraft Hosting are one of the leading providers of private Minecraft serving hosting in the US and worldwide.