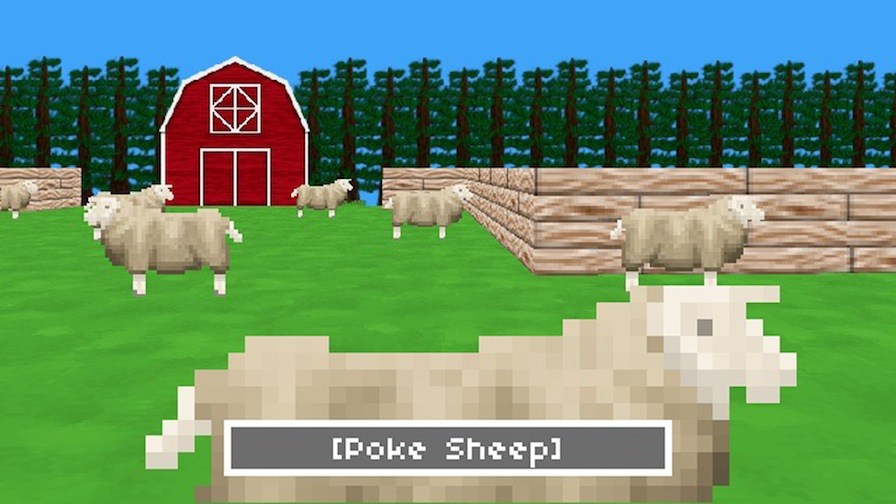 Sad news for the indie scene. Today, Chris Johnson – one of the creators of a small indie game called Moirai – tweeted today that the game will no longer be playable due to repeated attacks on their server database. You can read the full Steam community post here. While it’s tempting to ponder about why anyone would specifically target small companies, much less an indie game company, I know that will lead nowhere. Instead, let me tell you about this little gem that you may or may have not heard of.

Moirai was a free game on Steam. It was very short, maybe like five minutes tops, and it had standard pixel artwork and straight forward (at least, in the beginning) gameplay. It was essentially a first-person adventure game that featured a really interesting mechanic, which I can spoil now since the game is unplayable now. Under better circumstances I would’ve told you to stop doing whatever you were doing and go experience it for yourself, but alas. 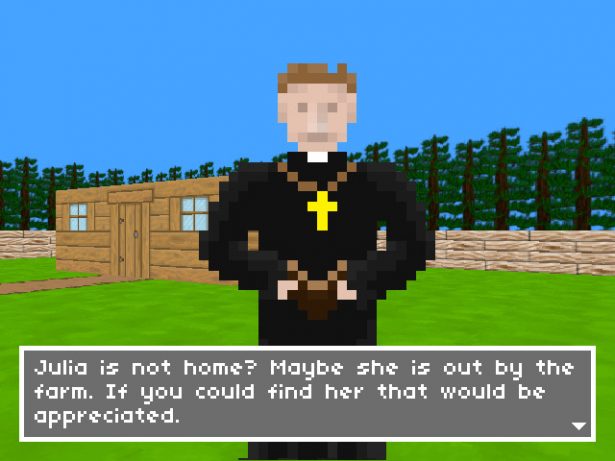 You played as a simple farmer who lived an even simpler life. One day, one of the townsfolk goes missing – a woman named Julia – and you snoop around the village to find clues. You hear that people have been hearing spooky noises coming from the local cave, so you go check it out. A lumberjack at the entrance gives you a knife in case something goes… wrong. As you venture deeper into the cave, you hear the ominous moans get louder.

Soon you come face to face with another farmer, but his clothes are covered in blood stains. You get to choose what you want to ask him, and here’s the cool part – the responses you got were actually written by the person who played the game before you did. Depending on the person, you might have gotten nonsensical responses or an honest explanation as to why he was covered in blood. You then have the choice to kill the suspicious farmer or let him go. 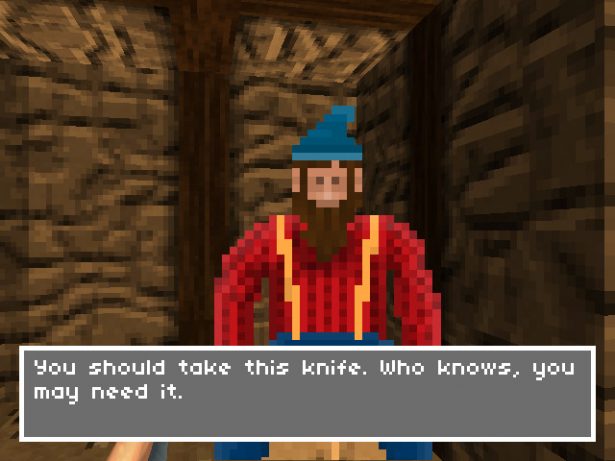 With the path cleared, you can continue searching the cave. You eventually find the source of the moans, and it is not a pretty sight. A badly wounded Julia lies on the floor of a small section of the cave. You talk to her and find out that she had wandered deep into the cave in order to take her own life. She lost her husband and son due to a mining accident in that same cave and has been broken since. It’s a tragic tale, and she asks you to help her end it all. You can comply to put her out of her misery or refuse and go seek help. Either option you pick ends up with you covered in blood (she spits blood at you if you refuse) and now things start to come full circle.

Upon leaving the cave, you’re met with another farmer. He asks you why you’re covered in blood. Sound familiar? At this point you’re now in the same spot as the suspicious farmer you saw before, and you get to type in your own responses to the questions the farmer asks you. From there, the game ends and you’re asked for your e-mail address. Whoever played the game next determined your fate, and the game would e-mail the outcome to you. I dug around in my inbox and found the e-mail I got from my story, which ended up being really silly!

As you can see I tried to be honest as possible but unfortunately another farmer with a funny name killed me. Amazing, isn’t it?

This concept was a really neat idea and it provided some “organic” moments, but this is where the database attacks happened. The developers of the game are not full-time indie devs, so they were paying out of their pockets to keep the database up. With repeated attacks they were at risk of e-mails getting leaked, so they decided to shut down the whole thing. A real shame. Moirai did something really special and I hope another game comes around that plays with this idea.