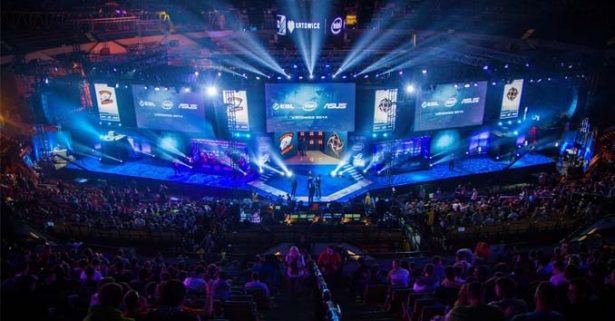 The early part of 2017 is going to be a major time for E-Gaming as it gets its first look inside a Las Vegas land-casino. The Luxor has decided to convert one of its nightclubs to an E-Gaming room which will be called ESports Arena. The room will play host to tournaments as well as enabling players to play one another at such times that tournaments are not taking place.

There are a handful of casinos in Las Vegas which are currently accepting bets on major ESports events, as well as many online casinos outside of the United States doing same. Furthermore, there are a number of sites that circumvent the laws concerning minors being able to gamble by accepting gambling, “Skins,” which can then be sold for actual real-world currency, in lieu of cash deposits. Of course, the majority of those sites are operating in a very dark gray, if not outright black, area of the law.

Of course, for individuals to place E-Gaming bets in land casinos in Las Vegas in perfectly legal provided the individual making the bets is of legal gaming age. Furthermore, the overseas sites that accept such wagers in tournaments such as CS:GO (and others) are operating legally. Unfortunately, players within the United States cannot access those sites.

Allied ESports, a tournament organizer, will be partnering (as they do) with ESports Arena Las Vegas to organize the tournaments and broadcast them live. Currently, as most gamers know, many of the major tournaments and games are already broadcast on various live streaming feeds.

The presence of one of these venues in Las Vegas may represent a new way to attract millennials to the casinos, which is almost certainly the ends that the Luxor is striving towards. The presence of the actual arena in the Luxor will enable bettors to place their wagers and, occupancy-permitting, be able to watch the ESporting event in question live in the arena.

It is difficult to say whether or not the revenues, including any revenue-sharing that may be taking place with the Luxor via advertisements during the events will result in an overall profit, (along with the actual wagering). However, the mere fact that Luxor is willing to make this attempt goes a long way towards legitimizing ESports. Furthermore, while ESports is certainly not a small market, a physical presence in a high-profile city such as Las Vegas may serve to market the concept to those who may only be loosely familiar, or completely unfamiliar, with it.

Personally, I’m looking forward to checking the whole thing out once it is up and going and I certainly hope it can find enough of a base in Las Vegas to justify the costs of putting the whole thing on. I could certainly see this spreading, at least in terms of more betting locations opening up their books for ESports events. If that happens, everyone benefits and the events might even gain some other casinos as co-sponsors.