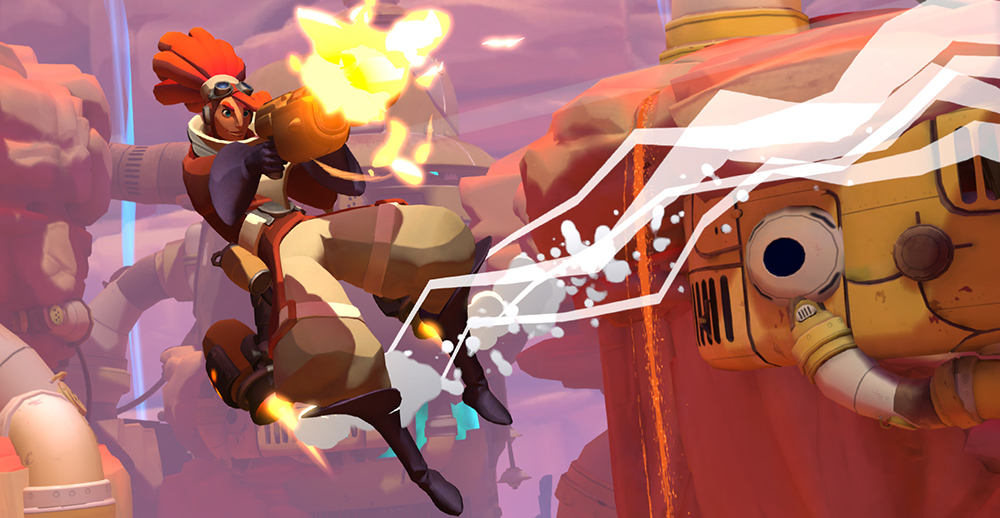 These are dark times indeed for the third-person MOBA genre.

Another game is biting the dust, it seems, and this time it’s Motiga Games’ Gigantic on the chopping block. A news article over on the Gigantic official website details the final content update and eventual end of the game.

Gigantic released one more update this past month, and it turns out that it was going to be the last. Motiga Games will be shutting down the game’s servers on July 31, 2018. While it’s sad that the game is going away, that still leaves some time for the die-hard fans to enjoy the game one more time. Of course, if you haven’t tried Gigantic before, now is your chance before the game is gone for good.

From here on out, all heroes will be free to play and you will not be able to purchase any more premium currency or anything that costs real money for that matter. However you’ll still be able to earn currency normally in-game so you can still purchase those small extras, like skins and stuff. Speaking of which, all cosmetic stuff like that will be available at a heavily discounted price.

Many fans saw this coming when Perfect World, the publishers of the game, announced that they were letting Motiga go from their publishing brand. And of course, it still doesn’t help that the game entered an over-saturated market. Fans of the game argued that Gigantic, while being a PvP focused game, had a lot of unique ideas that brought some fresh gameplay to the trailer, but to many players it wasn’t enough. At first glance the game looks like Smite or another third-person MOBA.

Since this announcement is coming right off the trails of Paragon’s shutdown, we can’t help but feel bad for this genre. The big hitters like League of Legends and Heroes of the Storm will continue to dominate, but hopefully this gives some downtime for the genre. Maybe in the near future we’ll see more creative titles like Gigantic rise!