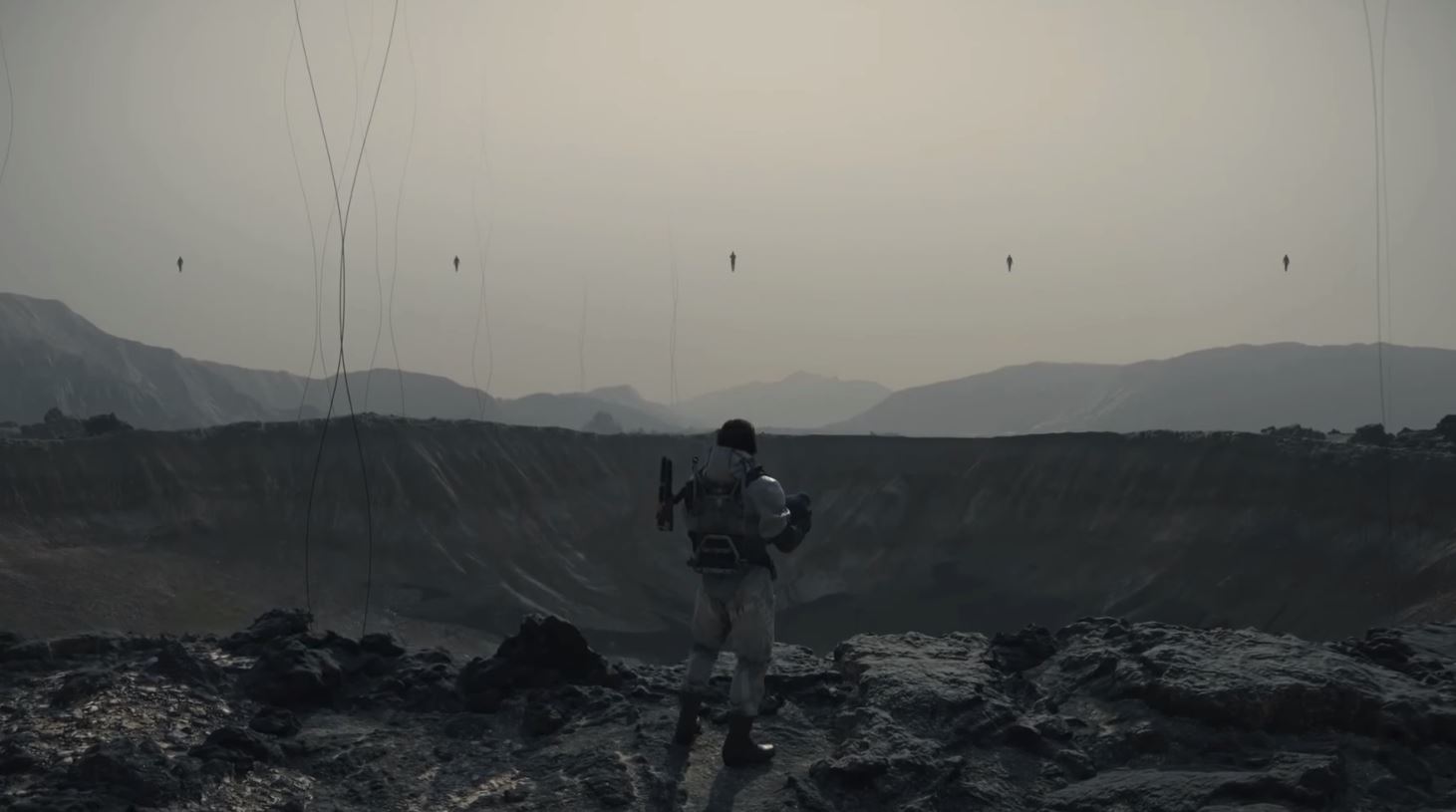 The Game Awards 2017 happened today, and it was a bombastic show as usual! If you’re like us, we watch it just for all the cool reveals that inevitably happen. It was pretty awesome though that The Legend of Zelda: Breath of the Wild won Game of the Year. We think it’s well-deserved; props to Nintendo! Anyways, there were tons of big reveals that happened throughout the show.

First up is FromSoftware’s (Dark Souls, Bloodborne, Armored Core) new secret project. The last we heard from FromSoftware we found out that they were working on multiple new titles, and one of them has been teased today, and quite the tease it was! This half-minute trailer shows a grotesque looking device about to seemingly snap something. Then, the mysterious words “Shadows Die Twice” appear. Is this the game’s name? What was that all about? Who knows, but we can’t wait to see more!

Next up is Hideo Kojima’s Death Stranding. Yes, it still lives! After this project was announced officially a few years back, we didn’t see much of it… until today! Check out the almost ten minute long trailer full of eldritch shadow creatures, babies inside tubes hanging off of people, anti-gravity, floating mysterious people, and more! Yup, sounds like a typical Kojima game. In all seriousness, his imagination never ceases to amaze us and we’re very interested in Death Stranding now.

And now, it’s time to get a little witchy. Everyone’s favorite hair demon-wielding witch is coming back for a third rodeo – Bayonetta 3 is coming exclusively to the Nintendo Switch! Is Bayonetta a part of Nintendo now? Platinum Games and Nintendo have been buddy buddy ever since Nintendo saved Bayonetta 2 from getting canceled, and it looks like Platinum is eager to keep Bayonetta at home.

We’ve got something from a new studio made up of ex-Overkill (Payday: The Heist) members. Lovingly titled GTFO, this game looks like it’s a more serious and creepy Left 4 Dead. It’s a first-person shooter with four player co-op. The trailer shows off a team of excavators looking for something only to get ambushed by a horde of alien zombies things! Spooky!

Lastly, we’ve got another spooky first-person shooter treat. Witchfire is a fantasy shooter with awesome art design. The Astronauts – the studio that brought us The Vanishing of Ethan Carter – is teaming up with industry veterans who previously worked on Bulletstorm and Painkiller, two cult hit shooters. The trailer shows off some neat enemy design, cool powers, and more!

Those were the major reveals we saw today. Which one did you like the most? Moreover, did you enjoy The Game Awards this year? The production value seems to get better with each year, so it’s awesome to see big games get big awards!