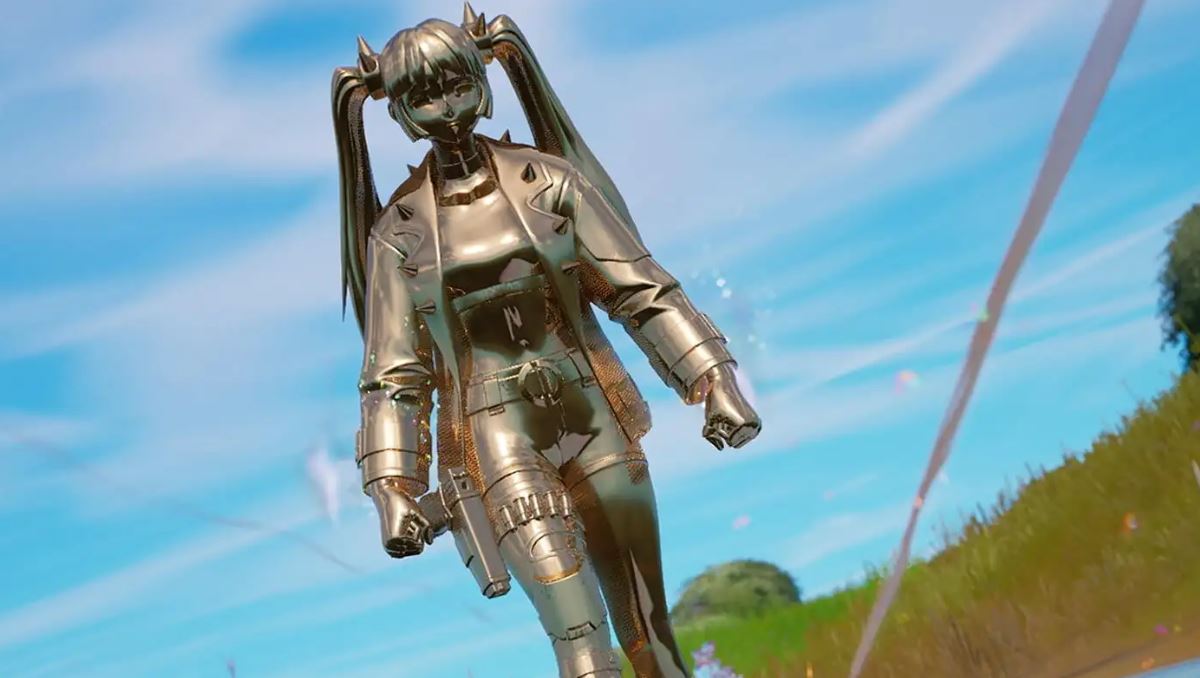 Gather all Fortnite lovers for Season 4 has finally been released! It offers very cool new things that you’re able to as well as having NPCs that can be found throughout the map.

Stay tuned to find out what are all the new NPCs and where they’re located at.

The new Season 4 is called Paradise. It is a very big season with the whole theme around the gooey texture known as the Chrome.

You will be able to actually become in this texture yourself.

The map is more or less the same, as awesome as ever but this time you’ll get very interesting NPCs roaming about.

In this guide, we will discuss which are these NPCs as well as where you’re able to find them. Let’s get started.

When it comes to the new NPCs you will need to be looking for them left and right on the map. They aren’t partially hard to find since most of them will be outside just walking.

Some of them are able to be seen while falling from the sky, while others might require a key in order to get to their location. Anyhow, most of them are easy to find.

If they aren’t exactly in the same location as shown in the pictures here it might be because they’re walking around. This means that they will be around the shown location.

This is a new season so you’ll probably be seeing a lot of enemies that are here too. They are highly contested areas so be wary if you decide to visit them.

The Ridgeline Ranger Station is home to the popular NPC known as Bao Bros. After you have arrived at this location, you will need to go inside the building and then go underneath.

You will find a large cave made of metal that has a lock on it that has to be broken in order to access it.

Because of this, you need to check to make sure that you are already in possession of the key to it.

As soon as you open the door, you will be able to observe Bao casually strolling about. Because there are a lot of players in this area at the moment, you need to keep a sharp eye out for them.

Within the confines of the Coney’s Crossroads may be found the Beach Bomber.

You will want to make a straight flight, as seen in the image above, and then just go to the location where the mark has been set.

This time, you won’t need to unlock any hidden doors; all you have to do is enter the mall store in where he is now located.

The location of the Bunker Jonesy may be found inside the Fort Jonesy area, which can be seen in the lower right-hand part of the map.

He will be seen outdoors moving about in the area around his mobile home on wheels. You may see him when he is falling from the sky literally. Very simple to locate the NPC.

Castaway Jonesy is rather easy to find if you are in the general vicinity of Fort Jonesy, where it is located. It is likely that you will find him at the lower right-hand corner of this fort.

You won’t be able to locate him while in the air since he will most likely be hiding below one of the buildings.

If there is another Jonesy, it indicates that you will have to go back to Fort Jonesy once again.

This time, you will stay on the north side of the Fort, and while you are standing outside, you will be able to locate Jonesy the First walking about.

If it turns out to be a Jonesy, you will, of course, want to get over to Fort Jonesy. He will be in the building that is the most prominent on the left.

In addition to this, he is stepping outdoors like the rest of the Jonesys.

Blackheart will be found inside the confines of the Lustrous Lagoon as its location.

Simply make a running leap over to this spot and climb up on top of the boat that is drifting in this area.

Be mindful of the fact that in order to get here, you will need a means of flying through the air by either leaping or gliding.

You will see him on the bridge looking like he has a cool anime skin on.

The Race Cave Blimp is the location where you may find Cryptic. You won’t be able to discover this NPC unless you explore a significant portion of this region on your own.

It is possible to access it via a door that is located on the side of the sunken ship. You’ll find Cryptic wandering about if you make your way down one story from the entryway of the building.

On the extreme eastern side of the Syndicate Shoals is where you’ll find Evie.

If you want to go into this region at this time, you should do it with extreme caution since it is a very contentious region.

Due to the size of the island and the limited number of structures, there is not sufficient treasure.

Within the structure, she may be found on the second floor.

A location known as Sleepy Sound is where you will find Fishstick if you look at the very top of the map.

While you are in this area, go to the very top of the base; the NPC is located within the kitchen there.

You’ll find Kit right next to the Reality Tree if you look. It will be located on the far western edge of the map and precisely in the same spot as indicated on the marker.

In the middle of the woodland, there will be a fairly modest hunting lodge. After you’ve entered, you’ll find Kit waiting for you there.

Another new non-playable character, Guaco, has been added to Fortnite and may be discovered in the Greasy Groves region.

This is nothing out of the ordinary. Simply enter the building shown in the image, and you will find him waiting for you on the first level.

You will need to go to the Rocky Reels in order to locate Mancake. Even if you’re flying at a high altitude, you can still see him.

He will be freely moving around in the open air as normal.

The area that will be covered with snow is at the extreme north of the map, which is where Kyle is located. You will be searching for the Chop Shop in this area.

Once you do, you’ll find Kyle just hanging around inside.

The Panther NPC can be located inside the Gas Station that is seen in the image that can be viewed above.

You will have an easier time locating the Shimmering Shrine if you remain in the vicinity of where it is located. She may be found on the ground level.

This female NPC has a very cool skin that I’m thinking she can be included in the top best female skins on Fortnite even!

A very particular kind of structure is going to be constructed close to the Coney Crossroads. On the map, it appears in yellow, and it denotes the location of the Floating Boats.

In order to get to this location, you will need to learn how to glide or fly. Maximilian will have a firm grasp of the situation.

This non-playable character may also be found on the western side of the map, inside the modest home that sits close to the base of the Reality Tree. Extremely simple to locate.

On the summit of the Sleepy Sound, Sabina may be found towards the edge of the snowy area.

You are going to want to look for a home either called the Shell or the High Water house up here on the top. It is expected that she will be found inside of it on the ground level.

You may find Rustler in the area next to the Shifty Shafts. A walking route or pathway will be built that will go around the densely spaced trees.

On this track, you should be able to spot him wandering about. Even from a great height, it is not difficult to see.

You’ll want to get to the very top right corner of the map, close to the Lustrous Lagoon, in order to find Sunbird. You will discover a really large Temple at this location.

It is not necessary for you to go inside the temple; rather, you should go to the highest peak of it.

Stash’d is not hard to locate at all. It is necessary for you to go to Chonker’s Speedway, and you may find him inside the building when you get there.

You can locate The Underwriter if you go to the Ted Towers. You will need to go inside the offices in order to observe him as he makes his way around each one individually.

Those are all 22 of the new NPCs that you might find in the new Season 4 of Fortnite.

As I have said before, these are brand-new characters that literally everyone will want to see. That means that when you go to see these locations you need to be armed.

Be prepared to face off lots of enemies. Make sure to make use of the new Chrome grenades that can make you go through walls.

I hope that this guide has helped you find all of the NPCs with ease. What is your favorite new thing that just got added in Fortnite and why? Good luck finding them!