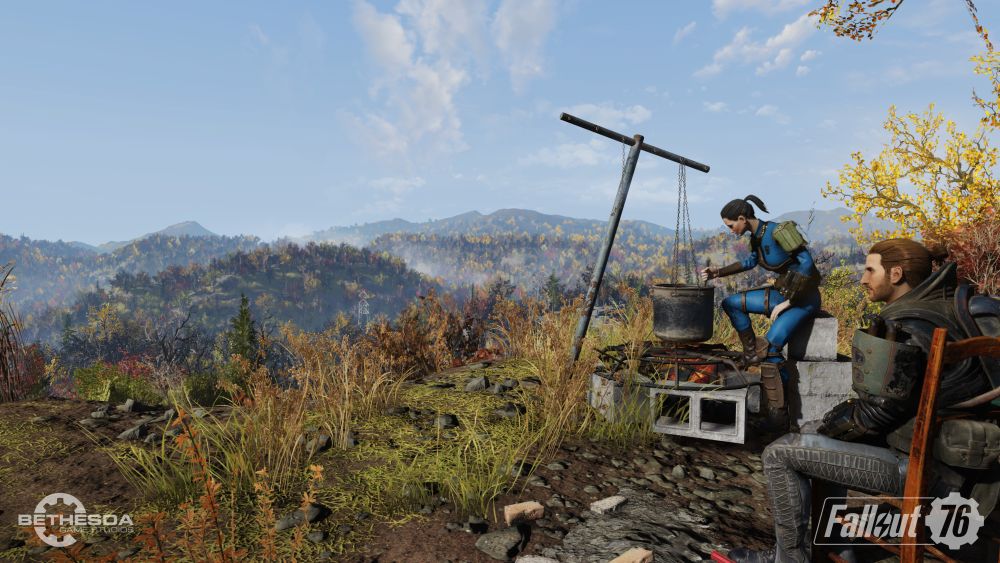 Yesterday, while exploring Appalachia in Fallout 76, I found a feature that I wasn’t aware of: that you can claim workshops in the game.

And these workshops will generate resources for you, allowing you to craft items and goodies using items that they have.

A great advantage in the game, one that makes exploring everything on the map a lot easier since you will no longer have to go back and forth to your CAMP to deposit all the junk you have collected.

And in today’s article we’ll talk exactly about that: how to claim workshops in Fallout 76 and enjoy the benefits.

According to the in-game information – and something that you would otherwise note by yourself, the Workshops in Fallout 76 that players can claim contain their own building materials and access to various resources.

However, in order to get those resources, you will need to build collectors AND connect them to some power. It’s not easy!

But first things first: you will have to claim a workshop in Fallout 76 in order to have access to the building menu and its resources.

You will have to go to the not owned workshop (the easiest to find early on is the one I found at the Poseidon Energy Plant yard):

(all screenshots are used with permission from ModdedVault.com which merged with our site in 2021)

In order to claim the workshop, you have to pay 30 caps. Apparently other players can try to attack you during this phase – it was not the case for me as there was nobody around and the claiming timer fills up relatively fast:

Next comes the biggest challenge: powering up the little beast. You will need to add a Fusion core to make it work, but building regular generators might do the work as well:

The Fusion Core will deliver more energy though, and you will need a lot of it because after claiming a workshop in the game you will need to build the resource collectors in order to take advantage of the (usually rare) resources that the workshop itself will provide.

Here’s what the one I claimed offered me:

I didn’t really get the chance to explore a lot and double check things, so this info might be wrong, but it does seem that you get an instant boost of junk items after claiming the workshop and you can use them for your benefits.

I quickly crafted some stuff that I instantly stored, planning to use them on my camp later on.

Either way, you do get some benefits – especially if you manage to build the collectors. They are huge and require a ton of scrap, but once built, they start producing rare resources for you and you have access to what the workshop has to offer.

How long will you keep a claimed workshop in Fallout 76?

Unfortunately, the claimed Workshops are not yours forever. Other players can claim them from you, apparently – although this didn’t happen to me yet, so I don’t know how it’s done.

Probably an opponent can start the claiming process and you will get some sort of a warning so you will be able to fast travel and blast them to pieces in order to protect your turf.

But even if no other players try to claim it from you, you will still lose ownership when you log out of the game and you’ll have to go through the process of claiming it when you get back to play.

I will make sure to update this guide as I find out more information about the workshops you can claim in Fallout 76 – but if you have additional details, don’t hesitate to share them with us in the comment section below.