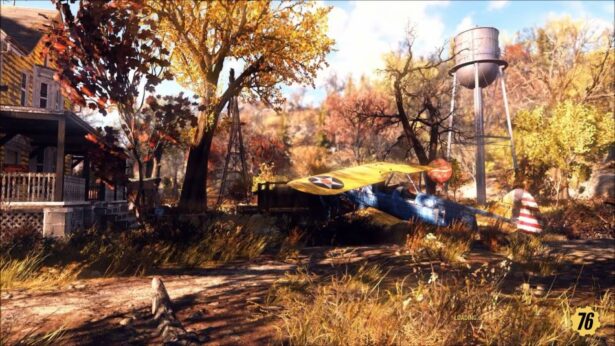 We have confirmation that legendary enemies are back in Fallout 76 and you’re probably wondering: are the enemies with a crown near their name legendaries?

They are a bit easy to defeat and don’t have loot that is as awesome as you might expect from a legendary.

Well, the Fallout 76 enemies marked with a crown are not legendary enemies!

They are still special types of opponents that are a bit more difficult to defeat though and they act as bosses of the area that you’re fighting in.

They also seem to be a lot more common than legendary enemies: I have encountered exactly ZERO legendaries during my Fallout 76 BETA play time, but fortunately I met and defeated several enemies with a crown near their name.

The good thing is that they are not extremely difficult to destroy and they still drop extra loot. Probably the legendaries would drop even better armor or weapons, but you still get significantly better drops from these crowned enemies as well.

So if you meet one when playing, do your best to take them out ASAP because the rewards will be worth it.

Any creature in Fallout 76 can get a crowned version of themselves – and I have fought even a Radroach with a crown.

They seem to appear randomly and relatively often, but usually they do so in more important areas or areas where there are more enemies to destroy.

I have never met a solitary crown enemy in the game so far, so I don’t believe that they will spawn like that.

They also don’t seem to respawn that often in an area they have already been found in: I came back to an area that I found a crown enemy in during a beta session at different times and I didn’t get another crowned one.

This would be it – you know now what the crowned enemies are in Fallout 76, in case you were wondering.