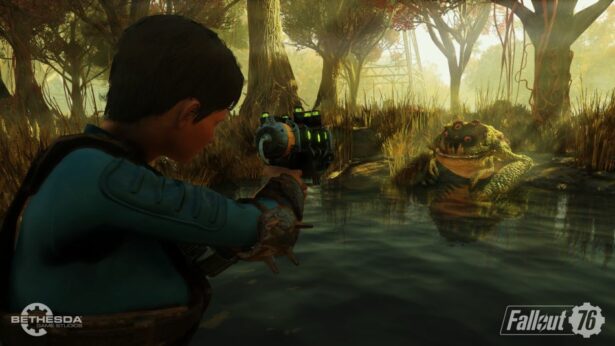 During last night’s BETA session, when playing Fallout 76 on PC, I stumbled upon a really scary bug. When collecting items in the game, some were also removed.

And it was a trade I wasn’t willing to make, as it was usually ammo removed for silly junk pieces that I was collecting.

You can see an example of this bug in the image below. This happened on several occasions and as you can imagine, I would never trade ammo for wood scraps. NEVER.

The scary part is that I realized that was happening after spending quite some time in the game. And even scarier is the fact that it’s not only ammo that you can lose (although it seems that’s what you usually do).

I also got the message that 1 Fusion Core has been removed when I collected something in the game.

Doing some more research to see if others had this bug where you would lose ammo in Fallout 76 when collecting junk, I found out that I am not alone there.

Not sure if it’s a PC-only problem or widespread disease, but it appears that more people noticed this.

However, I came upon an interesting and reassuring comment on reddit stating that it’s nothing but a visual bug.

I am not 100% that’s the case, but probably somebody double-checked and saw it was just a visual thing.

The explanation makes sense: somehow, the game counts any bullets you have shot before collecting a piece of something and shows it as “removed” apparently being nothing but the amount you consumed anyway and not something that you lose.

Although I can’t really say that I am certain about this, I would say that I think I got the “ammo removed” bug in Fallout 76 when collecting various items in a row, without shooting in the mean time.

Also, as you can see in the screenshot I saved, I had equipped a melee unit when that happened.

Of course, it could be that I fired some shots before at some given point… but right now we can’t know for sure and until the next BETA session begins, I can’t say for sure that it’s just a visual bug.

Hopefully this is just a visual bug and something that Bethesda will address extremely fast. But if it’s not visual… this is a really big boo-boo.

Did you notice during yesterday’s BETA tests? It seems to be new, probably brought in by the latest patch for the game.