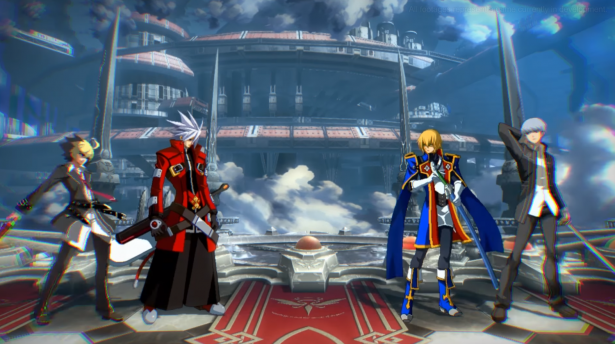 EVO 2017 drew to a close yesterday, and if you tuned in to watch any of the matches, you knew it was an explosive finish. The championship series may have come to an end, but all of your favorite fighting games are just getting started! EVO is always a great time for fighting game developers to come out and show off their new stuff, and we got to see lots of cool new reveals this year!

During the breaks in between matches, developers from different companies came out onto the main stage to talk about news and of course announcements. Here’s a quick rundown of all the major reveals we saw at this year’s EVO.

Perhaps the biggest announcement of them all, Arc System Works has revealed a new project, BlazBlue Cross Tag Battle! The trailer starts off with two familiar faces from the BlazBlue universe: Ragna the Bloodedge and Jin Kisaragi. Right as the two are about to face off in one their trademark brotherly duels, two new faces fly into the battle – Yu Narukami from Persona 4 Arena Ultimax and Hyde from Under Night In-Birth join the fray in the ultimate cross over battle royale! Just when we thought it was over, a new challenger appears, and it’s none other than Ruby Rose from the hit web animation series RWBY!

With Tekken 7 still fresh from release, you knew Bandai Namco had something up their sleeves, and it was quite something alright! Geese Howard, the big bad from SNK’s Fatal Fury games, raging storms his way into the Tekken universe! This iteration of Geese is the same power-hungry martial artist from the original Fatal Fury games, and he’s still got his trademark moves like his signature Reppuken and Jaei Ken. Geese Howard will be available as a DLC character this Winter.

Don’t forget about Capcom! Street Fighter V gets its latest Season 2 playable character, and it’s another Final Fight character! Abigail, the big burly boss enemy from Final Fight makes his way into Street Fighter V with thunderous power. At first glance Abigail looks like another bulky grappler, like Zangief and Hugo before him. You can watch him toss poor Ed around like a ragdoll, and even get to see his critical art. If you already own the Season 2 character pass, Abigail will be available for download on July 25.

EVO was definitely a spectacle this year, and even if you didn’t watch any matches, there were loads and loads of awesome announcements for top fighting games of today. Which of these are you most excited for?