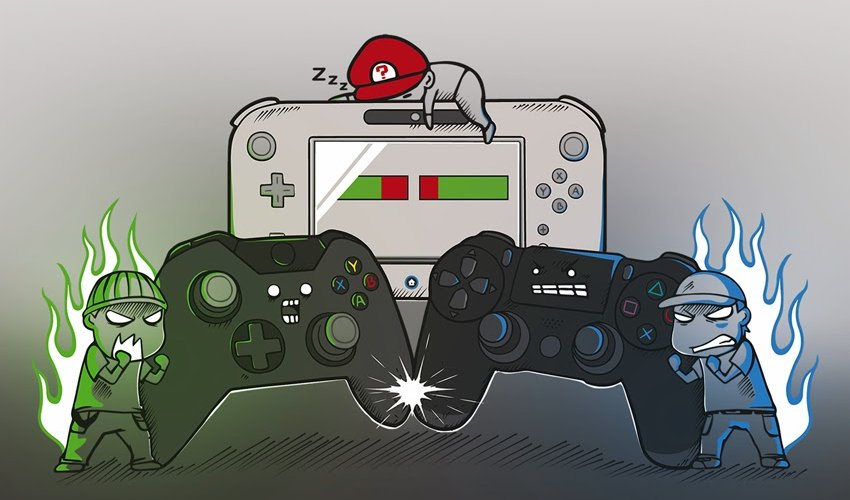 With E3 2017 just around the corner and many exciting games being released, there’s one thing that most gamers should ask today: do exclusive games still matter?

It would seem that they no longer play a major importance in the developers’ strategies of selling their game. It makes a lot of sense for third party developers who obviously want their games to reach wider audiences and the numbers have been going down over the years.

But this year, the picture seemed pretty clear: the age of exclusive game releases is almost over. Cross platform play is fortunately getting the thumbs up and, even though for console makers this might not be the best move (since it would mean that gamers might, in the future, simply buy the cheapest console if all games are available on all platforms), it’s great for gamers.

Finder published a really interesting article analysing the numbers. They looked at how many games were announced in total and how many of those were real exclusives. Things look different than one not following the gaming world closely would expect.

So here are the completely exclusive games announced at E3 this year (we’re not counting any exclusive DLCs or early launches here):

As a gamer who never owned more than one console, I can only say that I am extremely happy to see these numbers. It really sucked to have a game that you wanted so much to play, but couldn’t because it wasn’t released on your platform.

I understand that this is exactly why console exclusives are made: to push you to buy a said console in order to play your favorite title, but not everybody has the funds to get both since it is impossible, as an active gamer, not to have at least one or two favorites released exclusively on the other console. (I am talking about the previous generation here).

Now that console exclusivity is clearly showing signs of making way for the future, I hope for things to get even better.

In my opinion, the PC has been long ignored and many console-exclusive titles should make their way to personal computers and laptops. Things were easy in the past for console owners and are still easy in most cases today. But in my case – and I am sure I am not the only one – things are a bit different: I am always on the move and for longer periods of time. Therefore, I can’t carry a console with me all the time, but my gaming laptops follows me wherever I go.

I am sure that there are other people in my situation and many would appreciate it if their favorite games would be available on PC as well. Things are indeed looking better than they did several years ago on this matter, but there’s still a long way to go.

Baby steps, though. We’ll get there!

Until then, I consider this a huge victory. The decline in the numbers when it comes to real exclusive games is a great sign. I personally can’t wait for petty rivalries to go away and for all gamers to win and be able to play all games without any restriction!